Top Acts from America’s Got Talent You Can Book 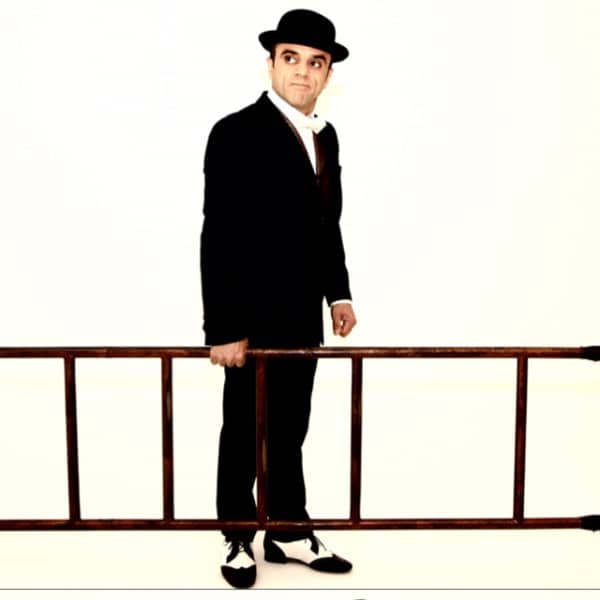 If you wanted to find extraordinary entertainers with different backgrounds quickly, we are pretty sure you would browse through America’s Got Talent videos.

That is because you know almost every act you will see there is a high-quality, potentially show-stopping performance.

America’s Got Talent is without a doubt one of the most popular talents shows in the word. Millions of people watch it every season, amazed at the talent showcased on stage.

If you’ve watched the show and wondered what it would be like to bring some of those amazing entertainers on stage at your event, we’ve got you covered.

That said, the tricky part would be deciding which are the best ones or how to get to them. So, we thought it would be a fun exercise to focus on the best acts and pick some of the most talented perfoermers which have ever graced the AGT stage.

Here are the top acts from America’s Got Talent you can book as entertainment for your next event.  We made sure to include different type of performers so you can see the various talents which went in front of the AGT jury and audience.

Born in Eysk, Russia, Uzeyer was only a child when he discovered his passion for entertaining others and, as a teenager, he attended music school.

However, although he had frequented amateur circuses, the Russian equivalent of youth circus school, he ended up in a cooking institute for a while. However, he never gave up his circus ambitions and continued his acrobatic training.

Uzeyer has always had a natural talent for balancing, as well as charming energy. Plus, his musical and dancing skills kept expanding as the years went by. All of that talent didn’t long go unnoticed, and in 1995, Novruzov was accepted into Moscow’s illustrious circus school, the State College for Circus and Variety Arts.

Three years later, he graduated with his unsupported ladder act, which is no small feat considering the high level of circus training in Russia.

Now, Uzeyer Novruzov lives in Las Vegas where he keeps channeling one of his biggest inspirations, Charlie Chaplin, to create memorable acts for his audience.

Singers and dancers are two of the most common acts the judges see on AGT. So to get the jury’s attention, performers need to find ways to stand out.

Sixto and Lucia are one of the top acts which managed to bring that wow factor into their performance.

They are Cuban magicians, and for AGT they prepared a quick change act. Not only their number turned out to be incredible, but it also looked effortless, as well.

The judges loved their pure energy, enthusiasm, and excitement. Best of all, Sixto and Lucia will make sure each show they perform never gets old, and they’ll take into account the public’s reaction to everything they’re doing on stage.

Because they continuously study what’s going on in the world of quick change and they take rehearsals very seriously, the duo is one of the best quick changes acts in the world.

You can see in the video below a small portion of their show on AGT season 13 and see why they are one of the top acts from America’s Got Talent.

Sixto & Lucia: The Quick-Change Couple That Broke Up Step It Up | America's Got Talent 2018

When he entered America’s Got Talent stage, Lioz Shem Tov presented himself as a mentalist while he used a somber voice, which made people wonder if he was playing an act or not.

Within a couple of minutes, the jury and the AGT audience quickly realized Lioz’s mentalism act is a comedy variety show, an innovative and hilarious parody about magic.

To quote one of the judges: “It’s not magic, but it’s something awesome.”

The talented comedian uses a combination of visual and verbal cues, props, magic, facial expressions and more to provide an unforgettable show.

You can watch the video below to see Lioz’s comedy mentalist act from AGT season 13.

Eric Jones is one of the most talented close-up magicians in the world. Before performing on AGT season 12, where he was a semifinalist, Eric’s magic shows had already been showcased at Magic Castle in Hollywood, CA, The Today Show, Penn & Teller: Fool Us!, and Masters of Illusion.

This talented magician has a sleight of hand which helps him dazzle audiences by the use of items, such as coins or cards, which help Eric perform mind-blowing illusions.

If you’re curious to see Eric perform a few of his best magic tricks, watch the video below.

Champions Forever is a family of 14, and together, they spin, balance and dribble basketballs as you’ve never seen before. Their show is spin-tacular, which is why we had to include it as one of the top acts from America’s Got Talent.

Bruce and Diane are the parents, and they have managed to pass down their passion for the performing arts to all of their 12 children. However, their shows are not just purely for entertaining others.

The primary purpose of these shows is to inspire others to have a healthy attitude towards life and share several life lessons. As a family, Champions Forever has traveled all over the globe sharing their skills and motivational message to adults and youth alike.

You can learn more about Champions Forever and see what they can do on stage by watching the video below.

With Recycled Percussion, we go back in time to Season 4 of AGT because their act was one of the most innovative out there. Not only that, but they also secured a 3rd place finish.

Two drummers, a guitarist and a DJ, this is the combination which generated much buzz when they were first met by the audience.

However, what truly amazed spectators and made them vote the Recycled Percussion performances was the use of unconventional ‘instruments’ to generate electrifying performances. Car pieces used slopes, ladders or garbage bins – these guys made music out of everything they put their hands on.

Evie is the youngest of the female vocalists included in this article, but one would never guess her age by solely listening to her sing.

A top ten finalist on America’s Got Talent, Evie Clair impressed everyone thanks to her beautiful, soulful voice and her piano arranging skills. With her heartfelt ballads and her graceful attitude on stage, Evie proved real talent has no age limit.

Evie’s journey on the show marked the start of an exciting career, and now she is working on releasing new music and performing at events throughout the country. What’s more, she has plans to tour with a new album as soon as next year.

With a voice like this, it’s no surprise she’s keeping busy!

Want to Book One of These Top Acts from America’s Got Talent?

If you want to hire high-quality entertainment for an upcoming event, then you might as well consider these top acts from AGT.

Every one of them can bring that wow factor audiences seem to love.

Contact us at (615) 283 0039 if you want more information or if you want to book one of the acts from America’s Got Talent mentioned in this article. We’re always happy to hear from you and help you bring the best entertainment at your event.