Most Loved AGT Contestants: Where Are They Now? 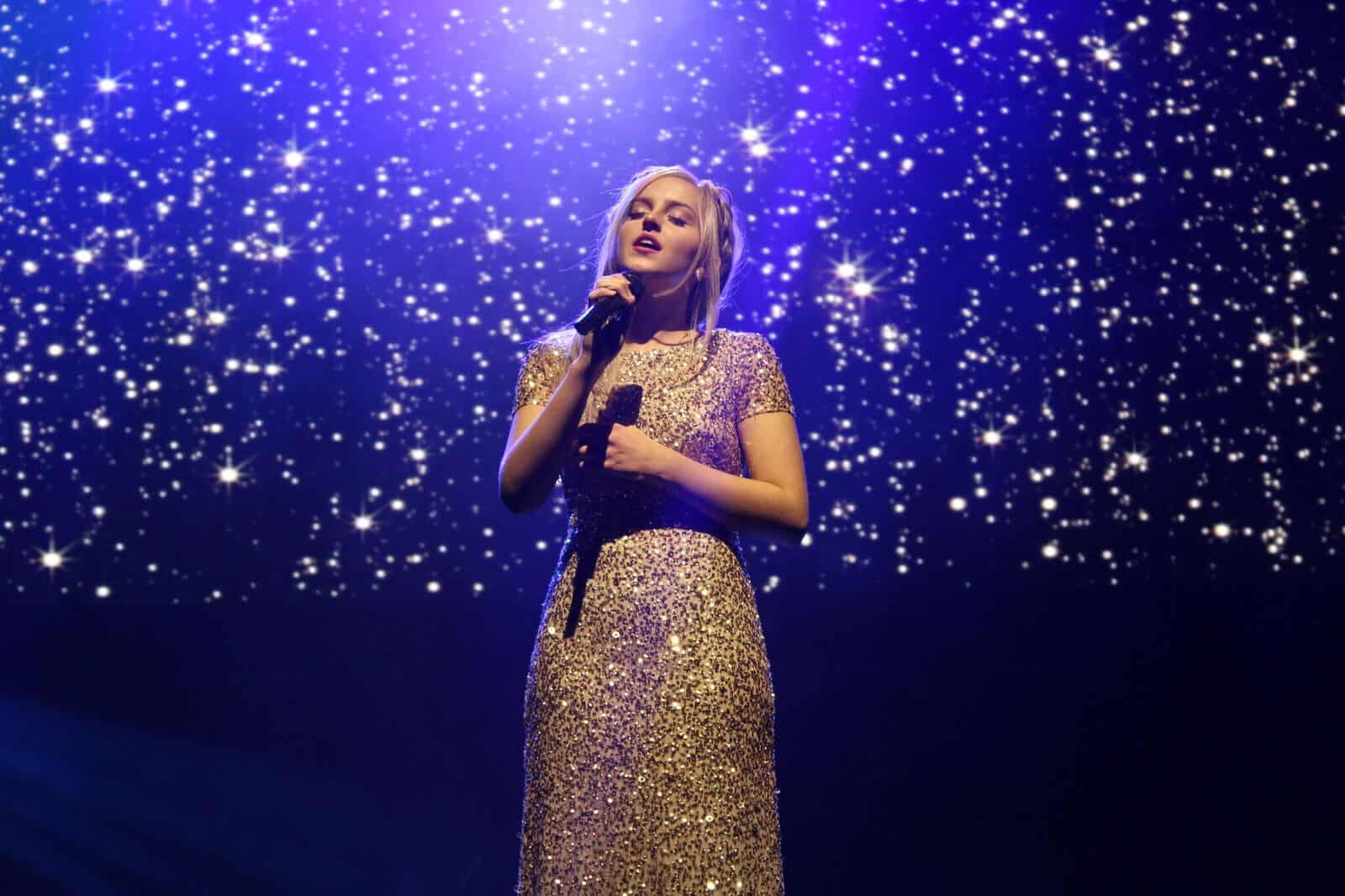 Magicians, singers, musicians, impersonators, comedians – hundreds of artists and entertainers with various gifts and of different ages became AGT contestants and got to share their talents with the world.  There are many performances which have stuck with the in-house audience. However, there were some who went above and beyond people’s expectations.

With Season 15 auditions already underway, we thought it would be fun to look back at some of the most popular contestants from past seasons and see what they are up to now.

The first on our list is Evie Clair, an incredibly talented singer. With her incredible vocal prowess, Evie has managed to make quite a name for herself.

Her big breakthrough came when she decided to audition for NBC’S America’ Got Talent. During her run, she made it all the way among the top ten AGT contestants in the finale of the show, all while thrilling the audiences with her masterful performance.  She touched millions of hearts with her soft voice and emotional performances.

The teenagers moving life story and the fact she dedicated her performances to her sick father, who sadly passed away from cancer a week before AGT’s final round, is something which stuck with people, as well.

Since the show wrapped, the Arizona teenager has kept a busy schedule singing. She has upcoming shows throughout the United States where she’ll get to showcase her undeniable vocal qualities and ability to build a powerful connection with her audience.

Evie also released an original album called “Okay Day“ which she performed live with James Arthur during the season 12 finale.  Her album hit #47 on the Top Pop Album Charts.  See it again in the clip below:

MUST WATCH!! OUTSTANDING DUET of EVIE Clair and James ARTHUR

All this positive reception is the result of Evie’s hard work and magnificent talent. Her soothing voice, combined with her graceful stage presence, manages to capture the whole public’s attention.

Evie’s performance is one of those solo music acts which leave a lasting impression.

Before knowing her as an artist, it’s essential to know Kechi’s story. On the 10th of December, 2005, she was the victim of a plane crash. As a result of this disaster, she suffered third-degree burns over 65% of her body.

However, Kechi wouldn’t allow this tragic event to take its toll on her entire life. She carried on and went to graduate university and start a career as a market analyst.

It’s easy to understand that Kechi is a fighter. And this attitude carries on in her music.

Yes, you read that right. Kechi has many talents; she is both an artist and a motivational speaker. As a singer, she has an angelic voice. Also, whenever she is singing, all the eyes in the room are on her. 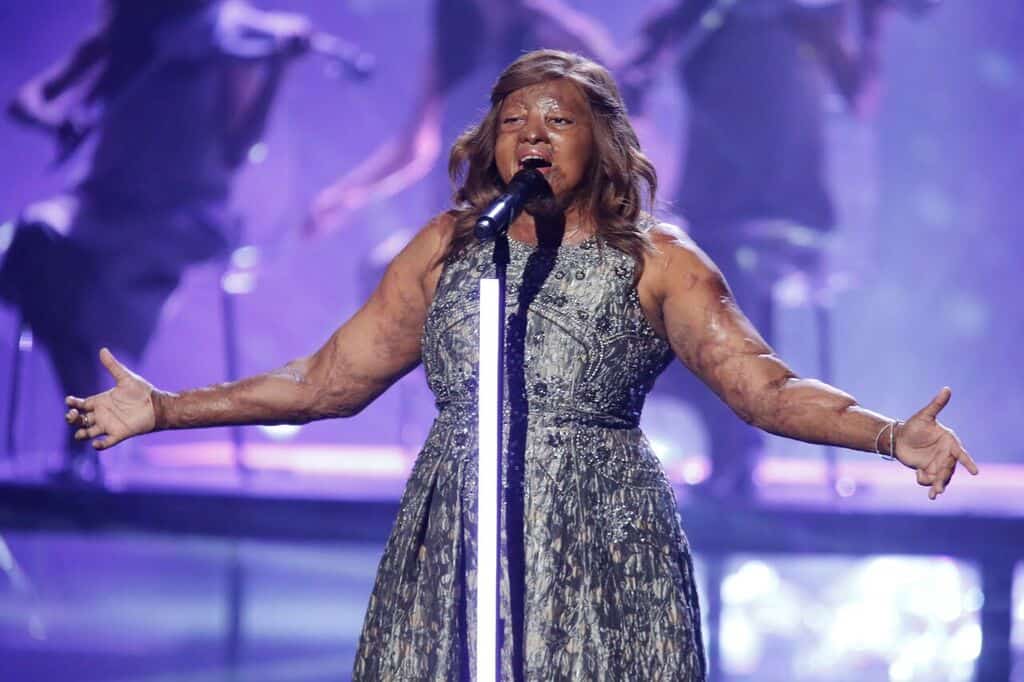 Her big debut as a singer was on America’s Got Talent, in 2017. There she stunned national audiences with her astounding performance.

She would win round after round, with the public applauding loudly each time she would perform. Eventually, it ended up among the top ten AGT contestants of the season.

After this successful run on America’s Got Talent, Kechi continues to forge a path for herself. She continues to sing and to inspire many people from around the world.

Blake Vogt shared his unique brand of off-the-wall magic with millions of viewers from the stage at America’s Got Talent. The audience commended him not only for his incredible abilities as a magician but also for his charisma and the fact he always put a smile on their faces. 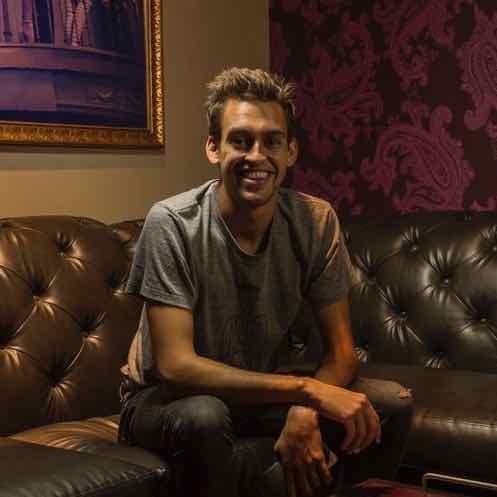 Since his AGT journey, Blake has satisfied his creative thirst by lending his expertise to live theatre shows, television, and movies, such as Now You See Me 1 & 2 and Marvel’s Ant-Man.

Black hasn’t slowed down as a performer either, considering he’s doing shows for private events and functions all over the world.

Taylor, who first started performing stand-up comedy when he was a senior in high school, finished the AGT competition in 2nd place. During his appearances on the show, Taylor became everyone’s best friend with his relatable jokes inspired by personal experiences.

During the semifinals, both Howard Stern and Howie Mandel gave Taylor standing ovations in response to his hilarious performance (which you can watch below):

Since appearing on the show back in 2013, Taylor has been focusing on perfecting his comedy style, touring in the United States and Canada, as well as performing at corporate events.

Fans were also able to see him during Season 9 of America’s Got Talent, where he made a guest appearance and got everyone rolling in the aisles with a video skit depicting his “relationship” with supermodel Heidi Klum.

Passing Zone is an entertainment duo comprised of Jon Wee and Owen Morse. Their weapon of choice? Quite literally, sickles, knives, and daggers.

Jon and Owen’s brand of entertainment is a fusion between stand-up comedy and shocking performance arts, such as – knife juggling, target practice and various stunts which may or may not contain chainsaws.

When you think you’ve seen it all, that’s when Passing Zone is there to prove you wrong. Despite doing shows for almost over a decade, Jon and Owen are still on top of their game.

For example, during the 2016 season of AGT, they sent shivers down the spines of everyone watching. This includes the judges, where Howie and Mel B were part of the act.

Words cannot describe its intensity, and that’s why it’s better if you see it for yourself:

It was one of the most exciting performances from AGT, racking up millions of views on YouTube and the adoration of countless fans.

Mandy Harvey is a singer-songwriter with an inspiring life story. She lost her hearing at the age of eighteen, and that would’ve meant that Mandy couldn’t do what she loved most – music!

However, Mandy would not let her loss foil her dreams of becoming a successful musician. Through sheer determination and hard work, she managed to overcome her disability and turn music into a career.

She first started by performing local shows. These proved to be a success with the audience, but her real breakthrough came in 2017 when she auditioned for America’s Got Talent.

Mandy’s life story touched the hearts of many people in the audience. However, the defining moment of the audition was her vocal performance, which brought many people to tears.

To top it all off, Simon granted her the Golden Buzzer, and this turned into a very emotional moment for everyone involved.

The story begins in 1981 when a young Sergey graduated from the Republican Studio Variety Circus Arts. With his newly acquired degree and skills, he would go on and perform shows which will take him all over the world.

Many years later, he instructed his daughter to learn acrobatics, and they teamed together to form the duo the audiences know and love.

They have participated on America’s Got Talent a couple of times, but in 2018, their stunt turned into one of the most exciting performances from AGT.

The audience loved it, as can be seen in the following video:

Christina’s one of those solo music acts which hooks the audience from the first notes she sings up until the last one.

She started with a dream to grace the stage as a singer the way her idols did. However, it wouldn’t come to fruition, and she would leave behind her aspiration of becoming a singer.

This wouldn’t be the last turn that life had in store for Christina. After many years of working as a nurse, she still had a spark for singing and eventually decided to give it another go.

This time, things would work out great for her. She would be part of a live band, get featured in the Super Bowl Live! And even making it to America’s Got Talent.

However, the fact she “made it” doesn’t mean it’s the end of the line. Nowadays, Christina continues to put on one amazing show after the other, all while her audience is absorbed in the performance.

Whether a performance is meant to shock or inspire, if it manages to keep the audience invested, then you know it’s bound to be a success.  The America’s Got Talent contestants featured in this article are now recognizable names in the entertainment industry – and any event would benefit from their contribution.

If you are planning to organize an event which offers an unforgettable experience, then why not hire the performers featured in this article?  If the audience has seen these performers on TV, then they’ll enjoy seeing them perform live.  So in case you are interested in booking one of the acts presented here for an upcoming event, go ahead and contact us as soon as possible.

Alternatively, feel free to browse through our selection of best in class entertainers you’re likely to recognize from their successful appearances on stage at America’s Got Talent.