Anthony Griffith Daughter | The death of a child 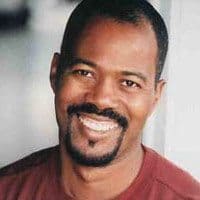 How did Anthony Griffith go from a childhood home in inner-city Chicago to big-time show business? The answer is simple: hard, relentless work, comedy, and tragedy. As a college student, Anthony discovered a love for entertaining. During those years, he performed his act as often as possible and at any venue that would allow him onstage. He braved comedy clubs, hotels, and even strip clubs. And all the while he was single-minded when it came to mastering the difficult art of making strangers laugh. 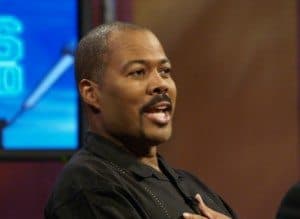 Family-friendly comic, actor and philanthropist Anthony Griffith is known for his “clean,” yet edgy and acerbic, style. Since the 1980s, he has been making audiences laugh with his anecdotes and razor-sharp observations on family life and marriage.

Making people laugh as hard as humanly possible, is Comedian Anthony Griffith’s mission as a stand-up comedian.  Listen as he talks with Jeff Allen, Brad Stine and Ron Pearson about having MS and the impact of the death of his daughter on him as a comedian.

Behind his wit and stoicism, there is a history of struggle. Anthony Griffith daughter passed away in 1990 at the age of two after a battle with cancer, and Griffith has lived with multiple sclerosis for many years. Recently Griffith recorded a video for a nonprofit organization Moth Stories, in which he opened up about his pain in the wake of his daughter’s cancer diagnosis. The heartbreaking monologue, delivered through tears, describes the sharp contrast that took place as the apex of his career – what otherwise would have been a moment for celebration, an appearance on “The Tonight Show” – was coinciding with the ultimate personal anguish.

The Moth Presents Anthony Griffith: The Best of Times, The Worst of Times

Anthony keeps his material profanity-free and family-appropriate whether he’s appearing in sacred or secular venues. In fact, when he toured with Bernie Mac, that great comedian told Anthony how he appreciated that he wasn’t “dirty.”

These labors paid off during the 1990s. Anthony began appearing on national television: HBO, the syndicated talent competition “Star Search,” and NBC’s “The Tonight Show Starring Johnny Carson.” The latter program, of course, represented a career pinnacle for comics. Over the years, Anthony’s act has continued to flourish on TV; he’s appeared on Comedy Central, on the Jay Leno incarnation of “The Tonight Show,” and in the HBO series “Curb Your Enthusiasm.”

Anthony has acted on TV, on the stage, and in movies — and not always in comedic roles. For example, he won an Emmy for his work in the dramatic TV movie “Our Father,” which aired on USA Network in 2001. And his most heartbreaking artistic effort to date was the story he recounted to an audience in Aspen, Colo., as a contributor to the nonprofit storytelling organization Moth Stories. Called “The Best of Times, the Worst of Times,” it was a gripping account of his two-year-old daughter’s battle with cancer and death in 1990. A video of this talk has received nearly 1.4 million views on YouTube so far.

Despite the comedy and tragedy, Anthony has faced at various stages of his life, he manages to keep eliciting huge laughs from every kind of audience. As such, an Anthony Griffith performance isn’t merely entertaining; it’s inspiring and rousing.  The best comedians understand comedy and tragedy.

Anthony Griffith is a gentle giant at 6 feet 4 inches. He was born in Chicago, Illinois and grew up in a low-income household in an inner-city neighborhood, the challenges, and peculiarities of which he has often mined for comedy. In keeping with the joyful eccentricity his audiences have come to expect, he has described his childhood career aspiration as escape artistry; according to Griffith, this venture met with some modest local success before his dreams of being like idol Harry Houdini were cut short by the theft of his prop straitjacket.

Griffith found his calling in college, initially honing his craft by performing anywhere he could get a gig; his persistence paid off, landing him coveted spots on programs such as “Star Search” and the aforementioned “The Tonight Show.” Over the years following dozens of appearances on national television and roles in movies such as “Tales from the Hood” and “Charlie’s Angels: Full Throttle.”

As a deeply spiritual man, Anthony Griffith has made it his mission to help and comfort others, both through sharing his story and through the balm of laughter. He has toured with the Apostles of Comedy, along with comics Brad Stine, Ron Pearson, and Jeff Allen, writing and producing comedy shorts to be performed in churches across the country. Griffith also holds workshops designed to help budding actors navigate the ins and outs of the entertainment industry, specializing in audition techniques and practical business skills. Griffith currently makes his home in Los Angeles.