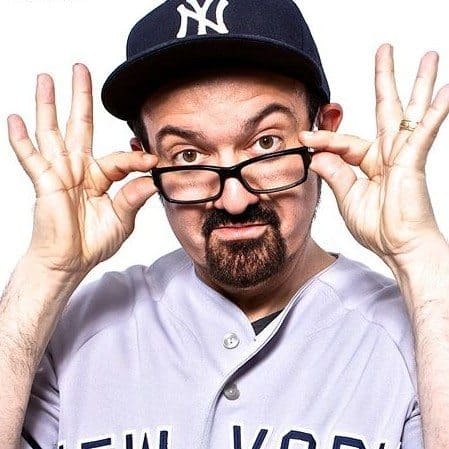 Carlos Oscar (comedian) is a Manhattan native with Puerto Rican roots. After serving in the United States Air Force, Oscar went on to fulfil his lifelong dream of being a comedian. Unlike most famous comics, Oscar refrains from using profane language – an asset that sets him aside from the rest. Using storytelling and impressions to illustrate his jokes, Oscar offers fun for every family member. The following comedy clips give you a taste of one of the funniest, most wholesome comics around.

[vimeo 44429625]
Carlos Oscar combines biting wit with heavy hand gestures to illustrate the different dialects and languages associated with individuals’ respective cultures. A clean comic, Oscar utilizes the events that occur in everyday life, the people, and even the animals he encounters to shed light on the role language barriers and cultural differences.

[vimeo 42883989]
A comedian who avoids using profane language to express his inability to comprehend today’s various clothing trends, Carlos Oscar takes the audience on a journey through the world of fashion, providing a running commentary on both men and women’s styles and why they all tend to look ridiculous and unpractical.

[vimeo 101215534]
Carlos Oscar (comedian)  expresses his personal chagrin with the current structure of airport security in the United States. Using real life experiences and exclusively clean language, the comic provides impersonations, exaggerated hand gestures, and all but dances to express the ridiculous dance that is navigating the airport security.

[vimeo 101215902]
Carlos Oscar exposes the lavish lives of those who live in Miami, Florida. Making references to pop culture films and surrounding cultures in general, Oscar addresses the various spectrums associated with Miami, from the general population to the police force and the food consumed. His commentary on vacations in this clip will leave you with side stitches.

[vimeo 101216337]
Carlos Oscar addresses what he considers to be “real.” From television shows to birthday presents, from Halloween costumes to life in general, Oscar tells stories from his past in order to illustrate his theory on “reality.” Oscar addresses the way things used to be and the way things are now – this video will leave viewers grateful for what they have had and laughing at what they did not have growing up.

Carlos Oscar (comedian) sees the world for what it is. He sees the ridiculous lifestyles we lead, but he also recognizes all of the good life has to offer us. His comedic routines will leave you happier, more appreciative, and laughing so hard you’ll wind up in tears.