The Best Stand-Up Comedians for Special Events in 2020 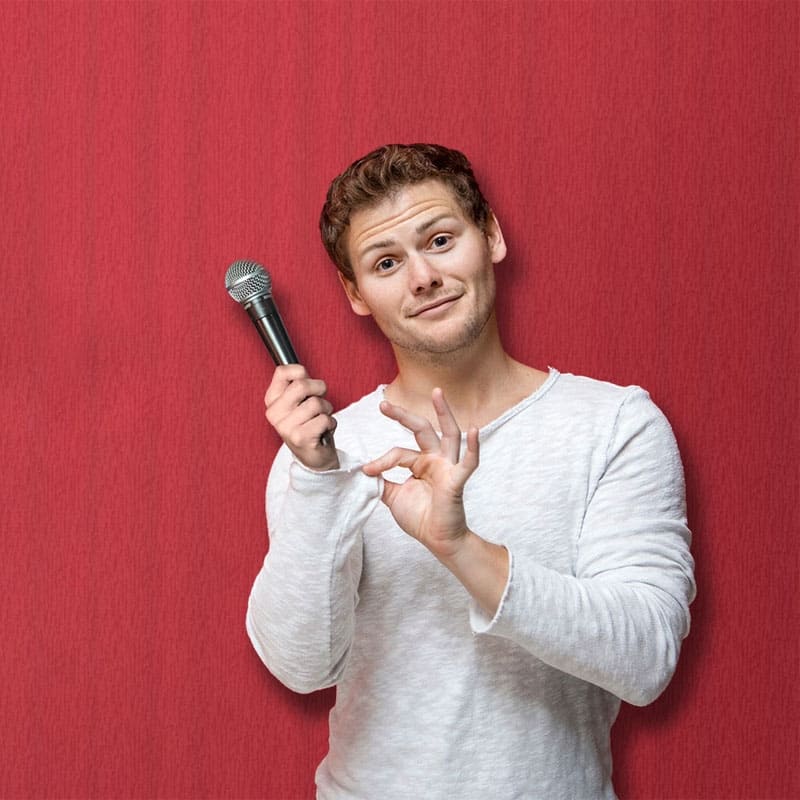 The year 2019 was a fantastic year for comedians and musicians performing at Special Events. From politics to pop culture and blockbuster movies, the year 2019 has indeed been a remarkable year for entertainers. However, now that the year is over, it is, of course, time to start looking at 2020 and beyond with the challenges of COVID-19, social distancing and virtual events. This means that you will more than likely be gazing ahead to where you want to be, and glancing back at what was successful last year. So, we’ve decided to take the time to help you out as you begin your planning on a blank slate on the entertainment side of things…we can’t help on the pop culture side…we lose at that part of trivia way too often. Anyways, from Vicki Barbolak to Jeff Allan, we’re sure that you’ll be able to find the comedian you want to hire. After all, they are the Best Comedians of 2020. They are funny live in person or at a virtual meeting. Hire them before it’s too late!

As a finalist on the world-renowned television show, America’s Got Talent and America’s Got Talent: The Champions; there’s no doubt that Vicki Barbolak is a champion when it comes to entertainment through comedy. After touring the world performing her act and launching her podcast, she certainly has made her mark on the world of comedy, earning her the title of one of the Best Stand-Up Comedians of 2020. From stand-up comedy to an unforgettable show, Barbolak is sure to crack even the harshest critic the moment she steps onstage, a remarkable feat.

Married men of the world, you know this truth all too well…happy wife, happy life. At least, that’s what Comedian Jeff Allan says. He’s learned a lot in his many years of marriage, from snow skiing to who’s cooking dinner, there’s a right way to go about everything. With his relatable stories and hilarious memories, he’ll have every audience member, wives included, laughing from the beginning of the show to the end. Allan’s incredible talent and knack for telling a story in a humorous light have landed him a spot as one of the Best Stand-Up Comedians of 2020. Just imagine what he’ll do at your Special Events.

Who does not love a comedian whose humor is based on their views of fatherhood and food? Jim Gaffigan is a native from Illinois who has starred in numerous television appearances, had his show, and he even wrote a few books. With incredible titles on his books like “Dad is Fat,” no wonder he wows audiences. He and his wife live in Manhattan, and that brings many materials to his acts. The conservative believes that funny doesn’t have to be filthy and, his routines are sparking clean. He is quite lovable and will make anyone laugh with his one-liners and other great zingers.  In 2020 he has become know for his living room video series Let’s Get Cookin and Dinner with the Gaffigans.

When you get named the Rolling Stone’s Five Comics to Watch, you know you are heading places fast.Ryan Hamilton is known for using observational comedy, sarcastic, and self-deprecating humor to make others laugh. People call him the “clean comedian” because he does not believe in using profane language or foul topics to entertain. He certainly has a style all his own. He is on many television shows, including “The Late, Late Show.” He is from a potato farm in Utah and that gives him ample material to draw from.

This veteran family comedian got his start in 1984 on the Tonight Show with Johnny Carson. One of 11 children, Louie Andersen draws heavily on that experience for his humor.

Andersen’s chubby face and figure are well known to audiences around the country. He supplements his standup comedy by being the promotional spokesperson for Land O’Lakes Sweet Cream Butter, and his unique voice can be heard in radio jingles and television commercials.

Always funny, Louie has made a career out of keeping his humor tailored to family audiences with good clean comedy.

Tim Hawkins - Things You Don't Say To Your Wife

Tim Hawkins is a Christian comic, songwriter and singer who specializes in parodying popular songs along with his standup comedy routines using material that is based on his marriage, on homeschooling and on how to parent.

Hawkins has mastered the use of social media to promote his unique style of family humor. His comedy videos have been seen by over 200 million viewers on YouTube, Facebook, and GodTube.

This award-winning stand-up comedian is one of America’s rising young comedy stars.
After being a regional finalist in Comedy Central’s Up Next competition, John Christ embarked on a USO Comedy Tour to Kuwait to entertain the troops.  He often shares the stage at Special Events with other comedians like Seth Meyers, Jeff Foxworthy and Tim Hawkins.

Daren Streblow is a Minnesota-born stand-up comedian and radio show host who is best known for his clean, observational humor.

His subjects are usually about things he sees in everyday life and what he finds as awkward parts of society. His offbeat and nerdy comedy style have earned him the title “The King Of Uncool”. Streblow never swears or uses any form of sexual innuendo in his comedy material.

His comedy style is often compared to Jerry Seinfeld with his ability to find humor in the most mundane things in life.

With clean comedians like these and many more in the wings, there’s no need to watch comics who leave you feeling dirty and noxious after a performance. Leave that so-called comedy to the young hipsters who whoop and laugh at junior high toilet-humor that is extolled in most comedy club today.

After almost losing his life to a coma due to an injury, Derrick Tennant was forced to retire from the former life he knew as a competitive athlete. As life forced him through brain surgery, rehab, and being in a wheelchair, Tennant still managed to take the high road and look on the bright side of things, a gift and practice that explains why he’s one of the Best Stand-Up Comedians of 2019. Even as he’s limited in the use of the left side of his body, he still chose to pursue his new dreams and became a comedian. Through his inspirational and motivational story, as well as his humor that never ceases to shine through, Tennant is not only able to connect with the audience on a level not many others can, but also make the experience enjoyable. That’s why he’s become one of the Best Comedians of 2020. Just imagine what he can do in one more year!

From LA to your stage, Samuel J Comroe is one of the best comedians of 2020. After being diagnosed with Tourette’s syndrome as a child, Comroe was forced to grow up and be comfortable in his skin. So, he did what he wanted to do and found his passion for stand-up comedy. Now, he is one of the top comedians in the entertainment industry and ready to make this one of his best years yet. 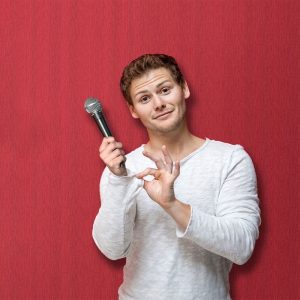 In the same way that Derrick Tennant was able to overcome his injury and prevail on to becoming one of the Best Stand-Up Comedians of 2020, so was Drew Lynch, earning him the same title. As a young man, he suffered an injury that gave him a stutter. However, he has overcome that obstacle and pursued the career that almost no one would think possible…that of a stand-up comedian! From performing wherever he could to standing on one of the biggest stages in the United States, being broadcasted on NBC’s America’s Got Talent, there’s no doubt that Lynch has come a long way since his beginnings. With his witty sense of humor and a bright outlook on life, you won’t be able to stop yourself from loving every moment of his act. You might even want to join in!

Keith Alberstadt Says This Wedding Gift Is 'A Dick Move'

Keith Alberstadt provides a refreshing perspective on dating, popular celebrities and growing up in Tennessee using funny comedy. His style is medium energy with an act that is mostly geared toward sarcasm and food for thought. Alberstadt gives something to every type of person in his stand-up comedy performances. He can be a delicious taste of reality for a single person or a brief period of chuckles for a family of four. The best part about his act is that it is funny. Keith draws comedy from his wit to make a humorous impression that all his onlookers appreciate. Some have graded his act as PG-13 comedy. This type of light humor is sometimes more difficult to succeed at, but Keith does it every time.

Taylor Mason is a comedian, ventriloquist, and musician born and raised in Illinois. His father was a radio farm broadcaster who took him on road trips and introduced Taylor to the world of entertainment.

It’s approaching rather quickly. The end of 2020 so close you can almost hear the bubbling that ensues as you pop open the champagne bottle. What better way to begin the new year than with bringing some of the Best Comedians of 2020 to your events? From stories to wit, every comedian brings their unique twist to their show. So what are you waiting for?  Hire top stand-up comedians today.  Search them on YouTube and start your new year off in a different way than ever before!