How to book the best clean comics 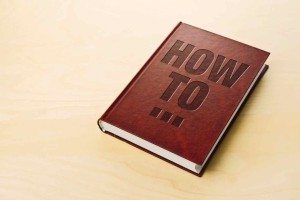 The most crucial part of planning a successful event might be the live entertainment, and booking the best clean comics is no easy task. There are so many options available to event planners, but how do you know what you are actually getting? Aside from a couple of short reviews on their website or a recommendation from your great uncle’s cousin’s sister’s girl, you do not have much information to go on. However, rest assured that there are quality performers out there who can make your event, whether it’s a fundraiser,  celebration or corporate event.

The demographic of the audience matters. It is important to read your audience before booking an entertainer and gauge their interests, as some acts are more suited for different types of people. To help make your job easier, the following list describes nine of the best clean comedians with unique talents and views.

Ryan Hamilton is a more self-deprecating and upbeat comedian, named one of Rolling Stone’s Five Comics to Watch. His huge smile and charming personality come through on stage as he delivers comedy with a very precise and efficient cadence. Hamilton is praised for having won The Great American Comedy Festival and Sierra Mist’s America’s Next Great Comic Search.

Jeff Allen has starred in specials on Comedy Central, Showtime, and VH1. He has also starred in films, written books, made recordings, and performed for troops on ships in the Persian Gulf and the Indian Ocean. His comedy acts are particular to the joys and woes of family life and other everyday situations. He originated the well-known phrase, “Happy wife, happy life” and often uses his humor and experience to encourage people going through marital issues.

Rik Roberts is a true storyteller and comedian. He performs keynote speeches using crowd participation and clever visuals to tell his tale. He also teaches comedy workshops across the country and online through his organization “School of Laughs”. Roberts has been featured as one of the country’s best clean comics and was also featured on CMT’s 20 Greatest Redneck Moments.

Scott Wood is a well-respected Clean comedian who focuses on impressions and the perfect punch line. He is in fact known as Mr. Punchline. He is employed at events for corporations like McDonalds, Century 21, and the Salvation Army. Plus, his TV credits include ABC, NDC, CBS, FOX, and A&E. His clients have called him a “full-service comedian, presenting his material in a clean, professional, family-oriented and engaging manner.”

Dennis Regan was a writer for the CBS sitcom, The King of Queens. He often opens up for his younger brother, stand-up comedian Brian Regan, who uses a similar style of observational comedy with slightly less edge. Regan has made multiple appearances on The Late Show with David Letterman and The Tonight Show with Jay Leno and highlights the absurdity of the modern world.

Andy Hendrickson is a writer, actor, and comedian who made his television debut on The Late Show with David Letterman. He is performed conversational routines at comedy clubs and festivals throughout the world, at colleges, on the radio, and in television and movies. His 3rd CD, “Underachiever,” debuted in the iTunes top 40.

Jeff Jena is in his sixties and the second wind of his career. He is also the father of a nine-year-old boy, and a lot of his comedy is about being a father later in life. His personal stories have earned him a loyal audience. “My audience,” says Jena, “has moved from the smokey clubs to sleek cruise ships and private events. I just followed them.”

Tim Cavanagh began as a high school teacher and spent his days teaching and his nights singing comedic songs in Chicago clubs. He says, “Not surprisingly, I found the biggest difference between the classroom and the nightclub was the drunks, which I let the principal handle.” Cavanaugh’s funny songs are what earned him much attention. They include “I Wanna Kiss Her (But She will not Let Me), “99 Dead Baboons”, and “Get Drunk with Dignity”, which have been played on radio stations everywhere.

If you are planning an event and want to book an exceptional comedian with both class and laughs, consider this list. These nine professionals have made ripples in the entertainment industry as the best clean comics, and they could be the highlight of your future event. By the end of the show, the audience will be on their feet.