Which 13 Christian Comedians have the Best Clean Church Humor in 2020? 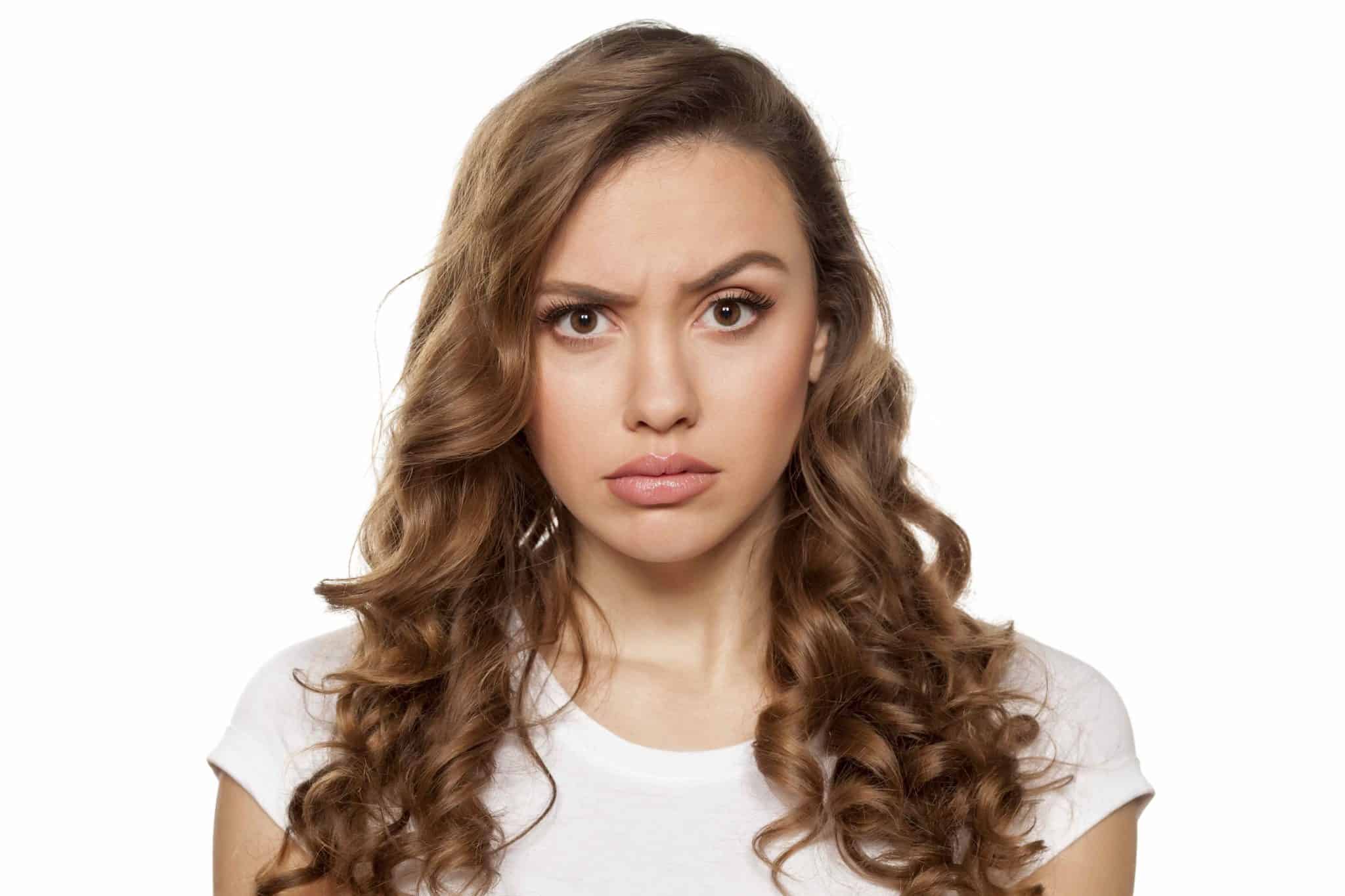 Which 11 Christian Comedians have the Best Clean Church Humor?

If you have been charged by your church to plan a function that includes hiring a Christian comedian who specializes in clean church humor, don’t fret. There are still some funny folks out there who know how to entertain a crowd using good, clean comedy.  Finding the right type of entertainment for your gathering is often a difficult task if you do not know where to look. One type of entertainment that is warmly welcomed by everyone is the comedy. Comedians can take a diversified crowd and bring them together with clean Christian comedy that strikes common issues that many people can easily relate to. Each of these comedians delivers their comedy in a unique and personal way that will enlighten and entertain everyone.

Thor Ramsey brings an energy and cutting-edge roughness to the stage when he performs. His straightforward and bouncy attitude explodes on the stage as he is delivering his comedy to the audience. Taking some of our most annoying everyday problems and turning them into solutions such as creating a BB gun that shoots tic-tacs into the mouths of people with bad breath, is his unique way of solving a problem that we all face. His energetic, clean Christian comedy is easily relatable and fun for everyone.  Thor Ramsey is a well-known clean stand-up comedian who presents the hilarious comedy about everyday people like restaurant workers and their feelings toward last-minute customers.

He explodes onto the stage with a good-natured bang. Thor’s loud, funny style of comedy has made him a very popular Christian comedian. He laces his humor is gentle sarcasm that reflects his passion for the truth and joy of Jesus Christ.

Thor’s observations dispel cultural and social myths, and his brand alternative comedy is always hysterical without being vulgar. Ramsey says his comedy is for both Christians and non-believers, and he gets laughs without resorting to the dirty jokes and verbal pornography most other comedians use today.

Ron Pearson is an American actor, comedian and world record juggler who is very popular with family audiences looking for good, clean church-type humor. A born-again Christian by faith, Pearson weaves his faith into his act very subtlety without sounding like a preacher recruiting converts.

Pearson starred in the movie Starstruck, a Disney Channel original movie. In 2013, he was a featured comedian in the comedy DVD The Apostles of Comedy.

His combination of clean jokes, world-class juggling, and funny storytelling makes him a popular figure at church and family gatherings.

Taylor Mason is a clean comedian, ventriloquist, and musician who specializes in clean church humor and family entertainment. He started his career off with a bang when he entered the 1990 Ed McMahon-hosted TV show Star Search and won the grand-prize winner of $100,000.

Ventriloquist, Taylor Mason is familiar face both on television and on the live comedy circuit for the past 26 years, his routine is a variety show that features family-friendly puppets, stand-up comedy, and musical comedy.

Funny at telling clean jokes, a first-rate ventriloquist, and an accomplished musician, Mason incorporates all of his talents when he performs at outreach events and corporate functions.

Ken Davis on Laughing in Church

Ken Davis is a motivational and inspirational speaker whose mix of uproarious clean church humor and Christian spiritual inspiration both entertains and enriches his audiences at the same time.

He performs regularly for major corporations like the Kellogg Corporation, Time Warner, and Pentax. The Dallas Morning Newspaper calls him one of the funniest comedians to come down the pike in a long time.

He has a one-hour comedy concert called Twisted Mind that constantly keeps the audience in stitches while instilling a message of truth that can change people’s lives.

If you are looking for an inspirational show for your church community or your corporate convention, Davis will deliver a custom-designed show packed with power and humor.

This Christian comedian says his life in comedy was preordained when the projector broke down during a movie and, on a dare, Michael Jr. jumped onto the stage and began telling jokes. Theater management tried to usher him off, but the audience demanded that he continue his comedy routine.

After performing at all of the major comedy clubs over the next decade, Michael branched out to perform at colleges like Notre Dame, for church events such as the 60,000 member Willow Creek Church in Chicago, and smaller venues like the Union Rescue Missions in gritty neighborhoods with largest populations of the homeless.

A versatile entertainer who provides clean humor for all, Michael Jr. also wrote a children’s book and starred in a successful DVD titled “Laughing On Purpose.”

Christian entertainer Jonnie W. is one of those rare persons who have the power and eloquence to inspire his audiences. With only his guitar and keen wit, Jonnie W. has become a favorite of multi-generational audiences across the country.

Jonnie W. combines his musical chops, crazy-funny vocals, and off-beat stand-up comedy routine to provide his audiences with a unique comedy experience. His DVD “Live at the Franklin Theatre” was released to rave reviews.  He lives in Nashville, Tennessee and is a follower of Jesus and a Compassion International Artist Ambassador.

Daren Streblow takes family drama to a new level with his funny renditions of his family life and raising his four boys. Proclaiming himself as a “Star Wars Geek,” his references and spot-on imitations are often taken from the famous movie and characters. His personal stories of his struggles as a father and human being are issues that all can relate to.

Scott Wood shares his dysfunctional relationship with his father with the crowd in a relatable and hilarious way. He connects with the crowd through everyday childhood experiences and disciplines with clean Christian comedy. His optimistic twist on the less favorable of our childhood memories will have the crowd remembering their care-free days of childhood and dealing with the punishments we were dealt.

David Dean commands the stage with his hilarious look at family life. His comparisons between the old and the young are side-splitting, and his look at the similarities are even funnier. For a great family experience, he can include some quirky information for every member of the family to relate to.

Jeff Allen has been doing stand up, appearing in films and television shows, recording CDs, and authoring books since 1978. He is paid his dues and is well-known and respected in the world of funny. From the Grand Ole Opry to entertaining America’s troops in Bahrain and aboard ship, Jeff Allen’s proven he has the right stuff.  His Dry Bar Comedy Special has been a viral sensation with over 200 million views.

Lisa Mills is an empowering woman. As one of the best clean comedy performers, her shows do more than just make the audience laugh. She is an entertainer with a great act fitted to all audiences. Lisa talks a lot about marriage and relationships during her performances.

She is an entertainer with a great act fitted to all audiences. Lisa talks a lot about marriage and relationships during her performances.

She has worked with big names in the Christian comedy industry – like Chonda Pierce. Lisa is a proud member of the Christian Comedy Association.

She has also appeared on television’s LIFETIME Network. She is one of the few best female clean comedy performers you can find.

Lisa Mills is also a motivational speaker and an author. Her shows are appropriate for any audience. Here is a small piece of one of her shows:

You Can't Lie About Your Weight - Lisa Mills

Leslie Norris Townsend is an amazing performer. Her shows are like when you combine the allure of a corporate speaker with the jokes stand-up comedian – the result is “funny business.”

She is a certified speaker, having the privilege to speak at events across the entire U.S. And when she’s in front of the mic, you know you’re in for a good time.

Her shows are a very diversified experience, featuring highly educational material combined with some of the most entertaining acts of stand-up comedy.

John Crist draws much of his comedy from his life as a pastor’s kid and having seven brothers and sisters. He says he started out his stage career by being the announcement guy at his church after college. To make the task of communicating church business more enjoyable, he began adding jokes to his readings.

His pastor and the congregation encouraged him to try an open mike comedy session. He did so in 2009, and he said it was the best thing that ever happened to him in his entire life

His professional resume includes sharing the stage with some of the best in the business, including Dave Chappelle, Jeff Foxworthy, Seth Meyers, Larry the Cable Guy, Trevor Noah, Dana Carvey, Adam Carolla, Chris D’Elia, Anjelah Johnson, Tim Hawkins, and Louie Anderson. With over 1 billion video views, comedian and viral sensation John Crist is the next big thing in standup comedy.

When it comes to hiring an entertainer to put your gathering, convention, fund-raiser, or party over the top, there is nothing better than great clean Christian comedy. Hiring a funny and energetic comedian that can entertain the entire group in a presentable and acceptable fashion is a game changer for the event planner. To ensure the best in entertainment for your next group gathering, hiring one of these comedians will deliver the smiles and success you seek.