What Church Couples Night Out Ideas are the Best? 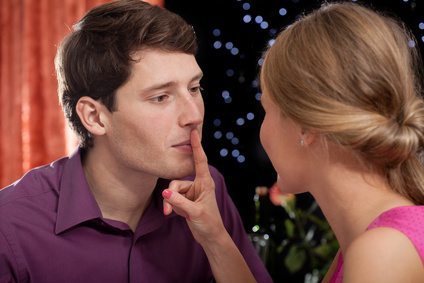 What Church Couples Night Out Ideas are the Best?

Are you looking for high-quality entertainers for a church-sponsored date night?

Many couples, whether you are dating or married, need a break from the rat race and night of good and clean fun.  Having a good and strong relationship with your significant other is very important to your emotional and physical health

It can be difficult for Christian couples to find entertaining ways to spend a date night out. Many entertainers who perform today use offensive language and innuendos that can suck the joy out of the show for religious couples. When looking for church couples night out ideas, it can be hard to find performances by artists with good clean values. In an effort to give people with strong Christian ideals a place to begin when planning an evening’s entertainment, this page offers up a view of Christian comics whose shows are always as safe as they are funny. Here are clean comics to take a look out to get great date night out ideas.

Jeff Allen touches upon the things we have all wondered about during the course of our relationships and makes us laugh at it. The joke has a message; the message carries a joke – the two are indistinguishable, and that is what makes his style hilarious.  Jeff Allen is known for his famous slogan, “Happy Wife, Happy Life: and Dry Bar Comedy Special.  He uses real time scenarios and situations with his family, specifically his wife, to bring laughter to his crowds. As a middle-aged gentleman, he has plenty of experience he can draw from to engage his audience. He pairs his clean comedy efforts from the great comedians like Brian Regan and Jerry Seinfeld. His goal is to make you laugh as hard as he can, and that he will certainly do.

Jay and Laura Laffoon are must-see entertainers for all Christian married couples. As founders of Celebrate Ministries, they travel the country performing what is part comedy act and part educational seminar for good Christian marriages. The  Laffoon offer a look into a couple. Telling it like it is. Literally. They share their lives, and they share the stage.  Their show “Ultimate Date Night,” compels the audience to examine common issues facing couples today in a humorous and entertaining way as they play off each other recounting amusing moments in their lives and the differences between men and women.  You’ll find yourself nodding your head in agreement all night long.  The real deal about marriage is spelled out and put on display – you know, those things you would not think about until you are into the marriage and are wondering what is going on.

Anthony Griffith is a Christian entertainer who manages to perform an act that is clean and packed with humor without vulgarity or sexual commentaries. As part of the “Apostles of Comedy” tour, and also performing solo comedy appearances, his act is heartfelt and poignant. It is often based on some tragic events in his life but always used to illustrate the strength of the human spirit and his ability to laugh in the face of a materialistic world.

With many comedy accolades to his name, Thor Ramsey could easily be seen as a secular entertainer. He was a semi-finalist in the “Laugh Riot Competition” on Comedy Central TV, appeared on “An Evening at the Improv,” on the Arts & Entertainment channel, and appeared on several shows. His situational comedy pokes friendly fun at relationships.  What is impressive is that he has accomplished all of that while being an entirely devout Christian and maintaining a clean, wholesome act that is great fun to watch.

Michael Joiner is another award-winning entertainer with many television and movie credits. Voted “Funniest Comic in LA”, he has also worked as a joke writer for “The Tonight Show with Jay Leno,” and toured the country with his comedy act. As a Christian comic, he always strives to create clean humor that is delivered with sarcastic wit audiences cannot help but love.

Bob Stromberg is one of the rare species of comics that entwine physical comedy with story-telling for a side-splitting show guaranteed to amuse. His ability to connect with an audience is second to none. His clean-cut stage antics is charming, and he loves to encourage audience participation.

Steve Geyer speaks frequently about the joys and responsibilities of relationships — sometimes humorously and sometimes in sobering ways. His performances are ideal for couples who are looking for a unique and delightful evening out. Indeed, it’s inspirational to realize that, even after all those years of marriage, Steve Geyer is still a romantic through and through.  His shows now provide food for the soul as well as stomach-heaving laughter.

Darren Streblow shows that happy endings can come even after a mortifying beginning and hilariously awkward middle. His ability to make light of the most embarrassing situations makes him the most endearing comedian. A professional through and through, Daren Streblow does not disappoint when he talks about life, love, and the strangeness of it all.  It’s no surprise that Daren is one of our church couples night out ideas.

Comedian and piano player Taylor Mason tells the cold, hard truth about marriage in his comedic sketches. Set to the background of his piano playing, this entertainer holds nothing back when talking about his wife, kids, and parents, and the difficulties of living with a wife’s varying moods. When not doing gigs in the comedy clubs on land, Mason sails the oceans, performing for cruise ships.

David Dean is a family-friendly comedian and writer trained at Chicago’s famous Second City School of Improv, which boasts a long list of very successful alumni like Dan Akroyd, Mike Myers, Tina Fey, and Amy Poehler. Dean keeps his material squeaky-clean and interacts with the audience in a hilarious and fun way.  David Dean has always loved making people laugh. In fact, he gets the most joy out of watching members of his audience hunched over laughing hysterically as they listen to his jokes. As a clean comedian, his jokes are always appropriate for families and people of all ages will each enjoy his hilarious style of clean humor.

Rik Roberts shows you that the phrase “Go big or go home” doesn’t always apply. He makes you laugh at the things you have to sacrifice and compromise on in life, and that makes it easier to do. Oh, and he’ll make you laugh a little along the way too.

Women Have Too Many Options. Rex Havens

Rex Havens tells you exactly what you need to know when about being married. He puts it so plainly you cannot help but understand. If you’ve been married, you’ll think you know everything before you get there but believe me, the way Rex will deliver his wedding comedy will entertain your next marriage event.

Michael Smalley - The Break Up

Accomplished relationship expert Michael Smalley serves up a smooth blend of comedy, marriage advice, and Christian inspiration. He describes his own material as “comedy with a point” and has been successfully helping couples develop skills to improve their relationships for more than two decades with the Smalley Institute, which he co-founded with his wife Amy.

Comedy may get a bad name with the abundance of cursing seen in some shows, but there are many great performers that keep their acts clean. With one of these side-splitting performers on the stage, any church sponsored date night is sure to be a fun night.

From the advice for newlyweds to advice on coping with aging bodies, find out how some of the funniest clean comedians out there have gotten through the many stages of wedded bliss. Like all of them hilariously demonstrate in their unique ways, the best marriage tool might be a good sense of humor.

If you are looking for church couples night out ideas, look no further. These comedians know how to make the trials and tribulations of married life funny and get you laughing about your differences at the same time.  To book comedians on marriage call 615 283 0039.