Is Clean Comedy Dead? How One Ventriloquist is Keeping it Alive 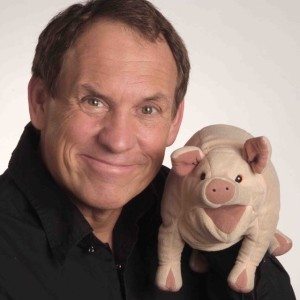 Are you ready for an unbridled yet wholesome type of comedy? If so, give ventriloquist Taylor Mason a look and listen.

There are no low blows to politicians or ethnic groups. Instead, warm, witty observations on the human condition predominate. With no ax to grind, Taylor Mason and his mouthpiece, Romeo, lampoon all our sacred cows. There is no bitterness, just pure, unadulterated joy at being human. Fun, family-oriented entertainment is the goal.

Taylor Mason, started performing when he received a ventriloquist puppet at his tenth birthday party. His humor is quick and clean, leading to laughs across generations of audience members. Seen here, Mason and his sidekick Romeo, argue over the possibility of tweeting the entire Bible.

Taylor Mason has performed in a wide range of venues from campuses to conferences. He is open for bookings; his act is sure to please. With a variety of comedic sidekicks and a witty rapport, Taylor Mason can be a memorable addition to your event.

“Marco Polo” has never been more entertaining. His characters exude vitality and a joie de vivre unknown in the current comedy community. An unerring sense of timing and a true devotion to his craft truly bring his characters to life. Watching his show, it is a difficult feat to separate the man from his creations.

Heartwarming and entirely engaging, Taylor Mason completely indulges his audience.  He demonstrates his quick wit in this polished delivery of a humorous look at sibling rivalry. He blends his musical and comedic talents to get the audience to laugh with him as well as at themselves. Taylor Mason has honed his family friendly humor over a twenty-five-year career on stage. He is a comedian, musician, and ventriloquist who has won awards and made it to Carnegie Hall. Mason’s old school humor appeals to a wide variety of audiences. His act has been well received whether he was performing before a church small group or at a large corporate event. Taylor Mason delivers the joke, the punch line and gets laughs with his unique style.

There can be no denying it, Taylor Mason and his puppets are simply awesome. Watching the show, it is almost impossible to distinguish the two. One is virtually compelled to watch the dummy while, in reality, the virtuoso controls the strings.

In his usual way, Mason starts out strong. He engages the audience, building to a small climax. Then, in spectacular style, he invites a half-dozen unwitting accomplices from the audience to complete his act. Each audience member is given a puppet of his own, and the real fun begins.  He intentionally interacts with complete novices to provide a warm, funny and witty show.

Comedian, entertainer and artist Taylor Mason talk about growing up on a family farm, Grandma, and Professional Wrestling.

This humorous story has rap-like musical wit. This beatboxing bit of business has Taylor portraying an auctioneer selling livestock at a farm auction or county fair. Taylor adds many comical hand gestures that make viewers roll in their seats. This soon-to-be viral video performance is addicting and tickles the funny bone.

Taylor has love and passion for his unique art form and has appeared at Second City in Chicago where legends like John Belushi and Chevy Chase have performed. He has also headlined major comedy clubs around the country. For those looking to book a versatile comic who has a clean, polished, professional act, Taylor Mason is the master blaster.

This family-friendly video makes even professional comics rethink humor with adult content. It serves as a tremendously funny example of what comedy should be.

To book Comedian and Entertainer Taylor Mason for your next event Tim Grable at 615-283-0039 or visit The Grable Group or email tim@thegrablegroup.com