Clean But Still Hilarious? The Best List of Clean Comedians 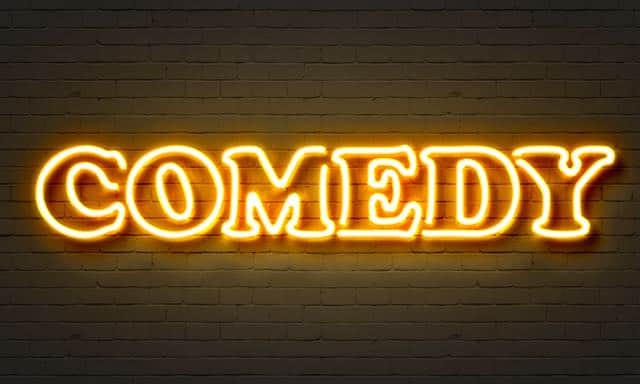 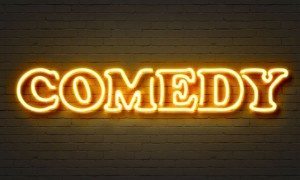 Comics have a knack for finding humor in everyday situations. They talk about relationships, airports, parents, fitness and other routine activities. Most people can relate because these situations are a normal part of life. We’ve experienced similar things and connect with the hilarious humor that stems from those experiences. The following list of clean comedians talk about these topics, delivering side-splitting laughs and punch lines that hit the bulls-eye. Sharing their experiences, they offer hilarious humor as they take on flying, travel hazards, embarrassing mistakes and shopping  By using their unique perspectives to bring out the laughs, these comics will have you rolling on the floor as they highlight the funny side of life.

Clean comedy is the type of entertainment which fits all sorts of audiences, whether we’re referring to teens, adults or seniors, and regardless of their background.

Why? Because clean comedians don’t offend participants and don’t use offensive words. Instead, most of them focus on customizing their performance, so it fits the specifics of every audience.

This means the content they provide will be relatable to all the participants because it will explore normal life situations in a funny matter.

In our current era of no-holds-barred comedy, finding quality entertainers and a list of clean comics for mixed audiences can be a challenge. While we can all enjoy dirty jokes safely ensconced in the privacy of our homes, sometimes you need an act that won’t make you blush while sitting next to your boss at the corporate fundraiser. For organizers of a public, corporate, charity, or church events seeking comedy acts with a broad appeal, look no further than this fantastic list of comedians who are sure to blow you away.

Jeff Allen is a tried and true veteran of the comedy scene, whose act revolves around the absurd humor of everyday life with his wife and teenagers. Jeff Allen can put into words what everyone feels not only masterful but hilarious and insightful.  His jokes make it possible to find humor in most situations, even when they are the most stressful or frustrating.  Jeff Allen’s crowd-pleasing brand of real-world humor hits home.   Jeff makes the consummate entertainer for any event where family values and positive attitude are the main features. He is not only a comedian, but he is also a father, a husband, grandfather and an inspirational speaker.

Hide your mother-in-law before the show, because Carlos Oscar’s family set will have the relatives rolling in the aisles. This high-energy Puerto Rican-American comic is a wizard of impressions and finds hilarity in the everyday absurdities. Featured on “The Tonight Show with Jay Leno,” Comedy Central, and HBO, this clean comic has shown he does not have to rely on the lewd and crude to get a laugh.

With a Nashville twang and guitar to boot, Rik Roberts is just about as relatable as a Southern boy can be. However, this good old boy has over twenty years of comedy experience under his belt buckle, and seamlessly engages audiences in a blend of stand-up and musical comedy. Oh, and for a small fee, he’ll also show up as Barney Fife!

Comedian Michael Joiner is a triple-threat: he works consistently as an actor, writer, and comic. Joiner possesses a casual, laid-back sense of humor peppered with wicked punchlines that take audiences off guard. However, don’t think you can just sit back unscathed- Joiner is infamous for his quick cutting improvisation and audience participation that will keep everybody on their toes.

Frank King delivers comedy that’s clean, witty and tailored to his audience. He offers corporate wit, connecting well with those in the business world. This comic was a quarter-finalist on Star Search and has also written for Jay Leno and Dennis Miller, among others. Frank’s stand-up routine will keep your sides aching from his hilarious humor.

Mark Schiff has a unique style, offering a glimpse of life from a fresh perspective. He is been on The Tonight Show and Late Night with David Letterman and has appeared at the Montreal Comedy Festival. His jokes showcase ordinary circumstances and turn them into a funny story you can relate to, so don’t miss this comic genius.

Known as “The King of Uncool,” Daren Streblow has a nerdy style that endears him to audiences everywhere. He has opened for Weird Al, hosts a syndicated radio program and will have you laughing as he talks about everyday life, including worrying mothers. His hilarious humor comes from a unique perspective that he uses to connect for tons of laughs.

Comedian Tom Cotter has an unstoppable flow of jokes, causing listeners to laugh uncontrollably at his unique humor. He was the first comedian to reach the finals in “America’s Got Talent,” and has won in other competitions including Seattle International Comedy Competition and The Las Vegas Comedy Festival. With his fast-paced joke telling, Tom Cotter will keep you roaring.  If you are planning a corporate event, Tom Cotter should be on your list of clean comedians.

John Heffron - Stupid Things We Do When We Drive

You’ll enjoy watching comedian John Heffron perform. He hits home by talking about the embarrassing things we do, including starting a car that’s already begun. John was runner-up in the second season of “Last Comic Standing” and has been on Comedy Central. With his self-deprecating humor and witty insights, Heffron will keep you in stitches.

When You Get A Colonoscopy. Ross Bennett

Ross Bennett loves to tell jokes about his being from a small, mostly unheard of town in New York. His sharp, witty style of humor has his audiences in stitches. His hilarious style has been seen on Dry Bar Comedy and The David Letterman Show. He had the audience laughing and David Letterman himself was impressed with his wit and humor. Immediately after Ross Bennett completed his routine, David Letterman exclaimed, “Wow!”

C.W. the Puppet with Ken Groves

Ken Groves is a stand-up ventriloquist comedy veteran. Groves started his act with his cast of characters back in 1985. His credits include performances on “Arsenio Hall” and “The Statler Brothers Show.” Groves has entertained on stage with the likes of Jerry Van Dyke and Rip Taylor. His facial expressions while doing his thing get viewers giggling from the start. Having multiple characters certainly allows him to reach different demographics during the course of the show.

You may recognize Todd Oliver from his stint on Season 7 of “America’s Got Talent.” The semifinalist made a national name for himself as a dog ventriloquist. Oliver has also appeared on the late night television show circuit with big names like Letterman and Leno. Oliver, who also plays guitar in his act, is a rare breed in his own right. His combination of rock and roll and dogs is an act you just have to see.

Taylor Mason was the grand prize winner on “Star Search” in 1990. He pocketed $100,000 because he was just that funny. These days Mason is still on his game with his mix of ventriloquism and music. His act has been described as throwback yet contemporary. Either way, it still provides a ton of laughs for fans who will grow to admire his manipulation and puppetry.

People everywhere enjoy listening to the hilarious humor that arises from regular life situations that they can relate to, including everything from being stuck in an airport to making a late-night grocery run for yogurt. These comedians connect with audiences by sharing their experiences to put a fresh light on your circumstances and keep you smiling. 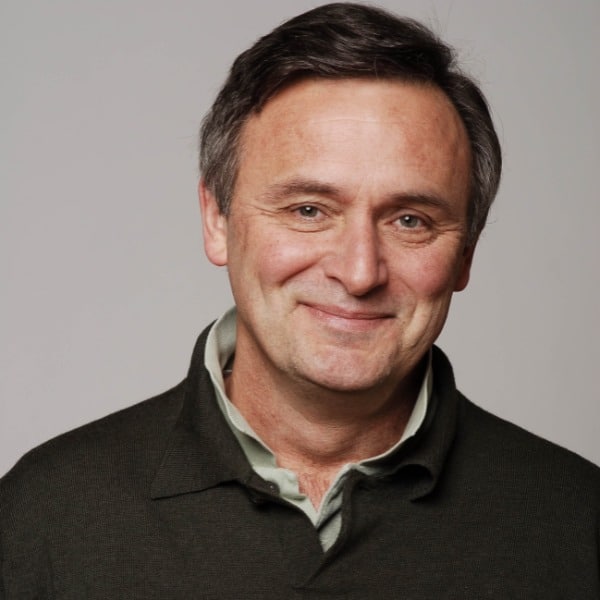 Milt Abel has a penchant for saying things just the way they are. He always speaks his mind about a variety of topics and is the type of guy who makes the most out of any situation.

He started by writing and acting in plays – which would prove to be an efficient way of preparing him for the big stages.  Upon graduating college, Milt decided to move to San Francisco to pursue a full-time career in comedy. Moreover, it seemed that luck was on his side because he’s been doing it for 20 years now.

Throughout his career, Milt has been headlining comedy shows and has had numerous TV appearances including Dry Bar Comedy.

It’s also important to mention that Milt is no stranger to the corporate world. Even nowadays, you can find him performing for many corporate clients. Also, who knows, maybe your event will be next on the list!

We couldn’t talk about high-quality comedians, and not include Steve Geyer, a top entertainer who has been in the game for more than 30 years.

He started in the industry the same as many other amazing comedians, making his way through the U.S. comedy scene. His journey took a different turn, though, when he found faith, which made him want to approach comedy differently.

Since then, Steve has adopted a different style of comedy, changing the subject matter of his jokes and creating a unique brand of humor.

Hiring Steve for your event is a great idea, as his high-quality comedy can make your team laugh out loud!

He also makes impressions as part of his shows, which only elevates the delivery of his jokes. Also, speaking of jokes, the topics that he covers in his acts are quite vast and extremely relatable, ranging from the mundane, day-to-day issues to parenting, and more.

While every performer on this list of clean comedians has his unique flavor, they all uphold a high standard for comedy that doesn’t rely on the obscene to get a laugh. Each of these funnymen brings their twist to the stage, serving up sets with a broad appeal for any event or audience. So bring your kids, your boss, or even your grandmother (if she is into that): there is something for everyone on this list of clean comics.