5 Comedy Vets Who Are Guaranteed to Make Your Guests Laugh 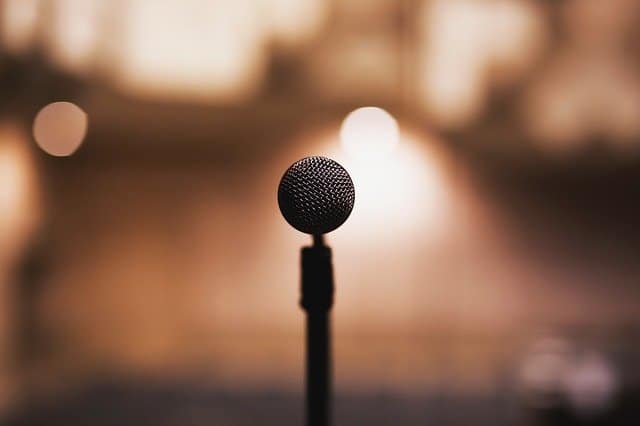 Do you have an event coming and are planning to book a comedian as entertainment for the night? Great choice! Bringing a comedian onboard can help relieve event stress and encourage connection among guests.

People who laugh together bond easily, which can only be beneficial to your event. Plus, laughter is a proven mood booster.

That said, not all comedians as created equal. Some are more experienced than others, and each one has a unique brand of comedy and style of performing.

Here are 5 comedy vets you can always count on to gain the audience’s attention and leave them in tears of laughter.

Cledus T. Judd is a playful satirist, an unforgettable entertainer, and a skillful writer.

But most people know him as the king of country comedy. Cledus started his career in the entertainment industry as a young man. For decades, his priority was to make people laugh through his hilarious parodies of popular country music songs.

In 2015, though, he retired from music to spend more time with his daughter. But now, having his daughter’s full blessing, he’s back doing what he’s always done best – entertain and make people laugh.

If you want to know more about Cledus T. Judd and his remarkable life story, then go ahead and watch the video below.

We couldn’t talk about comedy vets and not include Jeff Foxworthy.

Jeff Foxworthy took his first step in the world of professional comedy in 1984 when encouraged by his co-workers from IBM, he entered and won the Great Southeastern Laugh-off at Atlanta’s Punchline Comedy Club.

Since then, Jeff’s life has been linked to comedy and making people laugh, and now he is one of the most respected and successful comedians in the country.

People know and love him for his trademark redneck jokes. However, his act goes well beyond that and explores the humor in everyday life and human nature.

His style has often been compared to that of Mark Twain, but the best way to get a better sense of his brand of humor is seeing him in action. So make sure to check out the video below.

How To Embarrass The Kids

With more than 30 years of experience as a stand-up comic and entertainer, it’s safe to say Ross Bennett is one of the most-loved comedy vets you can book for your events.

One of the things people love about Ross is that, with his unique comedy, he always makes them think just before he makes them laugh.

His witty banter, dry humor, and clever observations about the world are as relevant and colorful today as when he first started doing comedy.

In this routine from Dry Bar Comedy, Ross talks about the noises men make after a certain age, and it’s downright hilarious. Check it out if you want to get a good laugh in.

A veteran clean comedian, Jeff Allen is best known for his incredible ability to capture the humor in everyday family life, along with the challenges and tribulations which are a part of any relationship.

Jeff Allen is also one of the most popular family-friendly comics online. His Dry Bar Comedy videos have garnered more than 70 million views on Facebook alone.

You can check one of his bits from Dry Bar Comedy in the video below.

In it, Jeff shares his view on getting in an argument with your spouse and how compromise is the key to a happy marriage.

Taylor Mason came onto the scene in a big way. In 1990, he won the hit TV show Star Search and never looked back. His ability to tell a joke and make it resonate with you as well as his ventriloquism skills keeps him in the forefront of the genre. Taylor Mason is sharp, fast, and funny.

Each one of the comedians featured in this article knows precisely how to get an audience hooked, which is why they would make a terrific addition to your event.

However, if you’re looking for more options, we’ve got you covered! Start browsing through our portfolio of entertainers to find some of the best comedians working today.