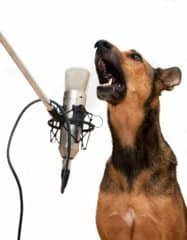 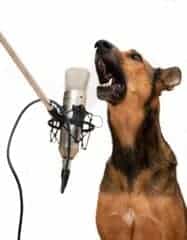 Unique entertainment acts can breathe new life into parties and corporate events that can often feel too mundane and predictable. Corporate Entertainment Ideas include clean comedians, innovative artists and magicians with a modern edge grab the audience’s attention and boost company morale for an unforgettable event. These professional entertainers have had years of experience performing in thousands of venues across the world. They have also been featured on television sitcoms, comedy shows and talent competitions. They have all received numerous awards, accolades and recognition in the entertainment industry. Their specialty in corporate events, including those held by Fortune 500 companies, highlights their constant professionalism and clean acts that are appropriate for mixed audiences. These performers interact with audiences for a personalized routine tailored to the event. This also keeps the event “alive” with a rapport between the performer and the audience members that will have everyone roaring with laughter.

Joe Castillo is a world renowned “sand animation” artist. Using sand against a lighted screen while set to music, he creates astounding imagery with just a few swipes of his hands. These scenes produce an inspiring storyline audiences will love. Castillo has performed for Disney, Toshiba and Apple. He was also a finalist on NBC’s hit reality competition “America’s Got Talent!”

Adam Trent is not your typical magician. Combining comedy, music and dance in his routine, Trent amazes crowds with his magic act that is interactive and mystifying. This self-taught young guy on the scene has already been named one of US News & World Report Magazine’s ”The 10 Most Influential Youths in the Nation”.

Ron Pearson is a true comedy veteran with hundreds of television appearances under his belt, including “The George Lopez Show”, “That 70s Show”, “The Drew Carey Show” and “Boston Legal”. He has performed his stand-up on “Chelsea Lately” and “The Dennis Miller Show” as well as Comedy Central.

Jeff Civillico’s action packed juggling act is incredible. Based in Las Vegas as a headline act, Civillico has created moves like “joggling”, or juggling while jogging. His antics include holding a world record for his bungee jump on a unicycle from a cliff in New Zealand.

Bob Stromberg is a clean comedian specializing in corporate events and is a wonderful keynote and motivational speaker. His comedy routine is a mix of amusing stories, inspirational discussion and hilarious shadow puppets. Audiences delight in the array of impersonations he performs during his shadow puppet routine. He has also co-authored a hit play and opened the one-man show “Mr. Wonderboy.”

These unique performers provide innovative and hilarious corporate entertainment ideas that leave audiences feeling uplifted and entertained. For a successful party, fundraiser or other corporate event, choose a clean comedy act that elevates the event with professional entertainment from world renowned acts. They have perfected their craft over years of events and television appearances to bring you their best performances.