6 Comedians That Will Convince You To Download Dry Bar App 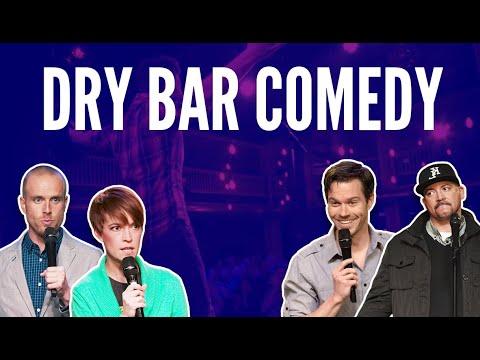 With upwards of 20 million weekly views on multiple social media platforms and with thousands of downloads on their mobile app – it’s safe to say people are in love with the Dry Bar App.

There are multiple reasons why it is so well received, but the main selling point has always been the incredibly funny comedy specials it featured.

And to convince you further, we will showcase 6 amazing comedians the platform has to offer. It will be no surprise that by the end of this article, you will want to download the Dry Bar Comedy app yourself – if you haven’t already!

Cam Bertrand is an up and coming Dry Bar comedian who shows much promise. This young funny-man from Florida has been making waves in recent years on many comedy competitions around the country.

Cam exudes stage presence, charm, and a riveting sense of humor. And, most recently, bits and pieces of his comedy specials have been featured on the Dry Bar App – where people have tuned in big numbers to check him out.

And if you’re interested to see him, be sure to catch Cam doing what he does best!

It takes quite a lot of skill to be able to bring up politics in a stand-up routine and to make it funny all the way through. Robert Mac is a masterclass comedian who’s not averse to bringing up the touchiest of topics.

Under the motto of “clever jokes for clever folks,” he’s bringing the finest deadpan humor to audiences from all across the U.S. and has established himself as one of the most in-demand comedy acts.

Be sure to catch his stand-up shorts on the Dry Bar App!

The Right Vs The Left. Robert Mac

Jeff Allen is a veteran of entertaining audiences at churches and on radio and TV, including films, Dry Bar Comedy, Apostles of Comedy and Apostles of Comedy: Onward & Upward, and Thou Shalt Laugh, TV shows such as the Bananas Comedy Television Series, has given multiple performances for our troops, has made Comedy Central appearances, was a featured performer at the National Prayer Breakfast and George W. Bush’s inauguration, and has traveled on national tours. He is an author with articles appearing regularly in magazines such as Living with Teenagers and Homelife and Homecoming. He is available to a wide range of venues from corporate events to comedy clubs and can entertain various age groups with his family and marriage  stories and experiences.

Jay Stevens has been doing comedy for almost 20 years. He has captivated live audiences and internet viewers with his down to earth, but incredibly hilarious sense of humor.

His style of comedy targets the silliness of day to day life, giving people one example after the other about how funny life is. And a few minutes with Jay on stage will have the audience floored!

Don’t believe us on this? We’ll guarantee that checking out one of his comedy shorts will make you think otherwise!

Sam Adams is a true comedy heavy-weight, and his name is up there with the greats. He has been delivering prime comedy to audiences for more than 20 years now!

Sam is relentless, as he’s showing no signs of stopping, and his comedy has only gotten better throughout the years – as he is perhaps one of the best observational comedians out there.

If you’re curious and want to know more about Sam, then why not watch one of his comedy specials?

Ever since he was little, Aaron Woodall knew he wanted to be a comedian when he grew up. Growing up in PG County, Maryland, Aaron began performing in high-school, doing improv comedy – and was hooked ever since.

Aaron managed to build a career as one of the hilarious comedians thanks to his signature dark humor and the fact he doesn’t refrain himself from tackling taboo or uncomfortable topics.

In the bit below from Dry Bar Comedy, he talks about getting a motivation quote calendar from his mom for Christmas, and his observations are downright hilarious. Check it out.

A writer, actor, and top stand-up comedian, Key Lewis has a high-energy, improvisational style, topped off with a hearty dose of grim humor.

His comedic stories about his interracial childhood and family, as well as his unique take on relationships, make him extremely popular with a wide array of audiences.

Another thing you should know about him is that Key has appeared on Marlon Wayans TBS’s Funniest Wins, Starz Networks StaannDup, and Kevin Harts One Mic Stand, among others.

He’s also been featured on Dry Bar Comedy, quickly gaining thousands of views. Check out one of his bits from the show in the video below.

Did You Get the Dry Bar App, Yet?

If you liked what you’ve read about the comedians featured in this article, then be ready for more, as that was just a warm-up. The fun is only getting started, as you can gain access to many more comedians and their specials through the official Dry Bar Comedy App

And what’s better than seeing a comedian online? Seeing them live, of course!

We, at The Grable Group, strive to bring you the best comedians on stage. If you’re interested in hiring one for your next event, then give us a call at (615) 283-0039, and we will help you with all the necessary preparations.