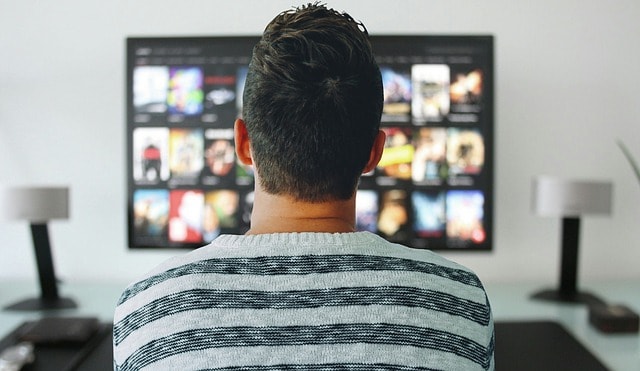 VidAngel’s Dry Bar Comedy is one of the fastest-growing stand-up comedy shows in all America. The show is now getting over 20 million views a week across all social media platforms and has over 5 million fans on Facebook.

Dry Bar gets millions of views from all over the world and is quickly becoming one of the top entertainment platforms available today.

Created just three years ago by VidAngel, owners Neal and Jeffrey Harmon, the platform is meant to provide viewers with a way to enjoy stand-up comedy without all the harsh language and sometimes negative jokes which are typical of most stand-up specials.

Are you curious to know more about the platform and why it suddenly seems to be everywhere?  It’s apparent people love it, but why is that? In this article, we’ll explore eight possible reasons behind the show’s increased popularity, so make sure to keep reading.

Things You Should Know About DryBar Comedy

1. An Opportunity to Discover New Talent

Hundreds of comedians have already been featured on Dry Bar Comedy.

This has provided viewers with an exciting way to learn about new comedians who might not appear on Saturday Night Live or other big comedy shows.

We’re talking about entertainers like Daniel Eachus – a rising young star in the comedy world who is making waves in the industry. And now, even more, people are starting to take notice of him.

The show has also provided a chance audiences to be reunited with comedy vets that viewers wished got more exposure.

You’ll never know whose comedy special you will be able to watch next on the platform – and that’s one of the reasons why people love it.

2. The Platform Features a Wide Array of Humor

The platform specializes in delivering high-quality comedy everybody can enjoy.  That means including comedians who have different brands of humor.

Here are just a few of the different flavors of humor present on Dry Bar:

3.  Comedians Featured on Dry Bar Comedy Get Hundreds of Thousands of Views

In addition to being featured on VidAngel and the Dry Bar app, comedians are also promoted via YouTube and across different social media networks like Facebook, for example.

This provides upcoming comedians with an excellent opportunity to gain visibility and showcase their content in front of a broader audience. It also benefits the audience who gets to discover a new talent they may have otherwise overlooked.

For example, comedian Nick Guerra’s bit on how men wouldn’t be able to survive without women got more than 100K views in just a few days since being published on YouTube.

The success of the show proves there is a considerable market for comedy, which has been underserved up until now.

We’re talking about people who want to be able to watch comedy alongside their families and not worry that someone will be offended or be subjected to foul language.

By providing entertainment, the entire family can enjoy – including the kids – the platform managed to rise in popularity and win some avid fans who keep coming back.

One of the factors which helped the platform explode in popularity is the fact the production and editing are perfect for social media, including Facebook and YouTube.

Also, by making their way to mobile devices around the world, they reached a massive audience who prefers to consume the majority of content this way – as opposed to turning on the television to watch a show.

Their funny, short clips are the perfect companion to people waiting for the bus, eating lunch, or commuting home from work.

However, they mainly publish small segments of their comedy specials.  People still go to VidAngel to watch the full performances. So, social media is an important marketing tool for the brand – and an incredibly effective one.

When You're No Good with Massages | Steve Soelberg | Dry Bar Comedy

There are over 160 comedy specials available on the Dry Bar Comedy app.  However, it’s now possible to watch full episodes on YouTube, as well. This is a great way to gain a better grasp of the style of different comedians and the content they provide.

For example, Bone Hampton’s It Is What It Is Special is one of the latest specials to be released on YouTube in full. Bone Hampton’s homespun humor, sharp wit, and smooth delivery shine through in this special, which has already been watched by close to 100K people on YouTube.

7. There’s Something for Everybody

Variety is not an issue on Dry Bar Comedy. If you like observational humor, then you can watch someone like Steve Soelberg, a headlining stand-up comic from Salt Lake City who is known for creating material based on the commonplace aspects of everyday life.

If you enjoy self-deprecating humor, then there’s something for you too. Comedians, such as Brandon Vestal and Leland Klassen, are known for their sarcasm and their hilarious ability to often poke fun at themselves to get the response they want from the audience.

There’s also variety in terms of the topics the comedians tackle in their content. Whether you are a pet owner, a married man, or a woman past the age of 25, you’ll most likely find at least a few comedians whose material you’ll find hilariously-relatable.

Thanks to its diverse content, the platform appeals to a wide array of audiences.

It’s great for families interested in some G-rated weekend fun, for couples who want to unwind after work and for friends looking to kill some time before a movie.

Pretty much everybody can watch something on the platform and enjoy it.

The platform’s line-up of entertainers is always growing, as Dry Bar banks constantly introducing audiences to new talent.  This is how they keep their content fresh and ensure that viewers have a reason to come back for more.

Phil Kopczynski is one of the latest comedians to join the ranks. Audiences love him for his relaxed stage presence, flawless delivery, and surprising content.

Check out one of his bits from the show in the video below.

In a short time, Dry Bar has managed to build a reputation as the internet’s hub for family-friendly stand-up comedy of the highest quality. Plus, it has helped launch the careers of new and upcoming comedians who have a real gift for entertaining others.

The reasons we’ve included in this article are, of course, not the only ones why people love the platform. It will be interesting to see how the platform will evolve in the upcoming months and years, and if people will maintain the same level of enthusiasm.

We hope this article has provided you with some interesting information about the platform, but if you’re curious to know more, also check out this article we’ve written about Dry Bar Comedy.