14 Hilarious Comedians Who Are Killing It on Dry Bar Comedy 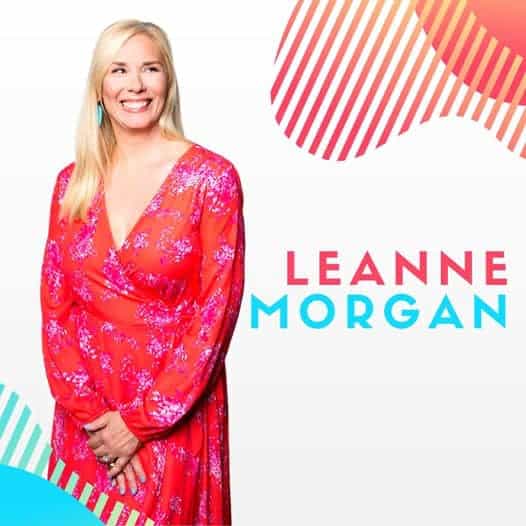 You can imagine that the people attending your event will have high expectations.  If that’s the case, why not have the upper hand?  Don’t just meet their expectations; exceed them. So to do that, we have exactly what you need.

Dry Bar Comedy is known for featuring some of the hilarious comedians in the industry today – and each one of those entertainers brings something unique to the table.

Nothing can substitute experience. That’s true for all industries, but having experience is particularly valuable in entertainment, as a practice can genuinely shape an entertainer.

Most of today’s top comedians have relied on their extensive experience to perfect their performance, fine-tune their skills and develop a certain intuition when it comes to an understanding of what the audience wants and expects.

In this article, we’ll introduce you to 14 clean comics who are killing it on the popular stand-up comedy series Dry Bar Comedy – and provide a look into what makes each one of them stand out.

Erica Rhodes is a comedienne who tells things how they are. She is an incredible female comedian, being able to tell jokes everyone can get to enjoy.

The subject matter of her stand-up routines can range from all kinds of topics, though she always prefers to take a jab at mundane things from our day-to-day lives. That is why her jokes are so relatable.

While she may be unapologetic in her comedy skits, it’s important to mention she somehow does it without stepping on anyone’s toes. Her routines are 100% clean, and that’s a testament to how great she is as a comedienne.

It Is What It Is. Erica Rhodes

Cleto Rodriguez has been performing as a stand-up comedian since 1995.

During this time, he’s worked with iconic entertainers such as George Lopez, Wayne Brady, and Tim Hawkins, to name a few. Cleto is well-known for his high-energy, observational comedy which comes with a genius Latino twist.

Jeff Allen is one of those hilarious comedians who somehow manages to connect with his audience instantly. His comedy transcends any boundaries which have to do with age, social status, or gender.

His ability to create material that is timeless and which appeals to pretty much everyone is what makes him one of the most popular entertainers on Dry Bar Comedy.

An accomplished comedian, Dennis Regan manages to stand out as one of the most creative entertainers performing today. He has a unique way of seeing the world around him, which translates beautifully into his brand of humor.

He mostly relies on observational comedy and refrains from tackling any topics which may be considered to be vulgar or in poor taste.

It wouldn’t be far off to compare Taylor Mason to a Swiss army knife. He has a talent for every situation!

He is a ventriloquist, a musician, a comedian, and a magician. Moreover, he is an entirely self-made artist, having reached this position all by himself, without following trends or being part of any media group.

He has gone on to successfully create a comedy style he can call his own and has gained quite a following through the years.

Taylor’s live comedy show is usually made to fit the occasion, that is why, whenever he goes on stage, it’s not uncommon for him to blend comedy with music and perhaps even a magic trick or two.   His virtual comedy show can be custom designed to fit your unique needs and can be hosted on an various platforms including (but not limited to) Zoom, WebEx, and Teams.

Brad Upton has been in the game for as long as anyone can remember. As of 2019, his career spans almost 27 years and 5000 shows.

With so much experience gathered over the years, Brad has managed to master a skill not many comedians can boast about. His jokes can make people of all ages laugh, whether they’re 18 or 80.

If you’d like to get an idea of his performance, then you can do so by clicking the following video:

He’s a perfect fit on a stand-up comedy show and, at the same time, he feels quite at home presenting in front of a corporate audience.

That’s because his sense of humor knows no boundaries and that’s why he came to be loved by so many people from all walks of life.

Nowadays, Brad has gained significant attention from the cruise ship industry, and he’s headlining many comedy shows for major cruise lines. Besides that, he’s getting quite a lot of airplay on popular radio stations.

Regardless of what medium, Brad is always busying himself with bringing audiences with the finest comedy there is.

Tom Mabe has made a name for himself as the #1 pranksters in America, thanks to his hit comedy series “Mabe in America” and his popular YouTube videos which gather thousands of views.

In addition to having a knack for orchestrating hilarious pranks, Tom is also known for making audiences fall out of their chairs with laughter by sharing personal stories and original songs. He’s one of the hilarious comedians out there!

One of the things which make him unique as a stand-up comedian is his attention to detail, his quick thinking, and his stage charisma. He comes across as a naturally-funny guy, a quality the audience finds exceptionally appealing.

When you say Leanne Morgan, you mean honest, “tell it like it is” comedy.

Her performances are built around poking fun at the challenges of suburban life and maintaining a happy marriage, while also raising kids and trying to keep everything else in balance.

The icing on the cake? Her charming Southern accent.

Things you can expect when you get old, Leanne Morgan

During his extensive career, David Crowe has performed at hundreds of corporate and private events across the United States and Canada and released no less than five comedy albums.

His experience best shines through on stage, during his live performances. That’s when his impeccable timing, observational humor, charisma and the way he interacts with the audience all come together to create an exquisite package of world-class entertainment.

The Seattle entertainer shows no signs of slowing down, as he firmly believes the best way to stay sharp and remain relevant in this industry is to keep performing.

We encourage you to check out the video below and see how the results of over two decades of experience look like on stage:

In the case of Cash Levy, a decade of experience translates into an incredible ability to play off the crowd. In other words, if you decide to book this comedy stage veteran, you can expect something different than just a plain recital of jokes.

You can expect a full-blown, personalized performance, filled with customized, clean jokes everyone in the audience at your event will be able to relate to.

That’s because Cash Levy is one of those top comedians who put in the time and effort to learn about the audience and the industry itself to weave together a tasteful show specific to the event.  In addition to hilarious jokes, guests will be able to enjoy spontaneous remarks and comic situations improvised on the spot.

Jeffrey Jena is one of the top comedians whose tremendous expertise comes with an ability to work for any audience, which is no small feat. He can customize an evening’s entertainment just for your event’s group and will have guests double over with laughter.

What’s more, Jeffrey is a natural on stage, successfully creating a personal connection to the audience every single time. As in the case of the other comedians mentioned in this article, his material is also 100% clean and 100% funny.

You may also find interesting to know Jeff has played over 1000 venues and your event can be next on the list.

To shape a better idea of how it would be like to have Jeffrey Jena perform at your next event, take a look at the video below:

Living With Your Parents. Jeff Jenna

A native of Baltimore, MD, Tim Young is a stand-up comedian who tackles everything from his childhood to dating and even politics with his content. His unique commentary, which makes light of all subject matters and edgy style, has made him a favorite with audiences from all over the country.

Tim Young is also a best-selling author and one of the hilarious comedians on Dry Bar Comedy right now.

Watch his bit on airbags captured in the video below and get ready to get a good laugh in.

Joe Zimmerman started his comedy career in North Carolina, but it’s when he moved to New York City in 2012 that his career took off. Soon, Joe began to landing appearances in shows such as The Late Late Show and John Oliver’s New York Stand-Up Show.

Since then, Joe has also appeared on The Tonight Show, Conan, Nickelodeon, Last Comic Standing, and DryBar Comedy.

His fans love him for his trademark dark humor, inventive writing, and his chill, laid-back stage persona.

Which of These Hilarious Comedians from Dry Bar Comedy Is Your Favorite?

We hope you enjoyed learning more about these entertainers from Dry Bar.  Maybe you’ve even found a new favorite comedian you are excited to watch from now on.   And if you need even more recommendations, be sure also to check out this article we’ve written about twelve other comedians who are worth watching right now.

There is no point in beating around the bush; if you want your guests to have an amazing experience, then you wouldn’t want to miss the chance to hire these hilarious comedians for either your live or virtual program.

So now that we’ve opened up your appetite for best-in-class entertainment, it’s an excellent time to remind you there are over 2,000 premium artists, speakers, and comedians featured in our portfolio.

We encourage you to have a look if you’re planning an event and are shopping for an entertainer everyone will love. We also have a phone number you can use to reach us in case you have any questions: (615) 283-0039.