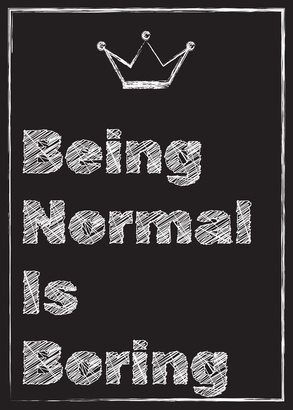 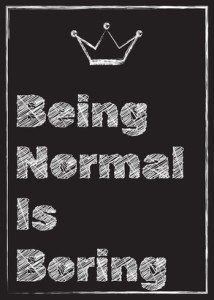 The Best Clean comedians deliver laughs and clean jokes that don’t rot or mildew. Clean comedy is wholesome, timeless, and conspicuously devoid of kinky sex stories and gratuitous swearing. Brought to life by the successful sit-com shows and standup comics of the 1990s and 2000s, clean comedy is experiencing a revival in America, and the following best clean comedians are leading the way. Some use hand puppets. Some use words. Some use facial expressions that strain the limits of human anatomy. All of them guarantee a healthy dose of humor that only appreciates over time.

The Best Clean Comedians For Hire

Comedians draw from a broad spectrum when it comes to clean jokes, and most cover categories like parenting, marriage, fitness, and exercise. Almost everyone can relate to these topics as they are all a part of our lives in some way. We see the humor because we’ve often encountered similar situations that are funny when we look back on them. The following five comedians cover different aspects of these categories, using clean jokes to bring laughs without vulgarity or crudeness as they interact with the audience in an engaging way. They offer humor that covers strange fashion choices, the humorous project of raising children, how being married changes your status with “the guys,” family reunions, jogging and more. By using examples from personal experience, these entertainers share stories that you can relate to, whether you are young, old or somewhere in between.

Ryan Hamilton offers clean jokes by drawing from personal experience. He brings a delightful blend of sarcasm and self-deprecation to charm audiences and delivers a ton of laughs. He won The Great American Comedy Festival and were quickly becoming an established favorite among stand-ups. This comic will keep you smiling

Comedian Jeff Allen has a unique style that will keep you engaged. He has been in full-length films, made television appearances and has written several books as well. His clean jokes range from exercising mishaps to family life, and his humorous sarcasm connects with audiences as he speaks from his experience.  Jeff Allen devoted himself to clean comedy after battling alcoholism and anger, both of which fueled the other.  His standup comedy routines, though clean, do not contain any explicit religious references. Allen is based in Nashville, Tennessee and tours the United States regularly, performing for corporate events, fundraisers, humanitarian causes and private parties.

You’ll enjoy the varied talents of stand-up comedian Taylor Mason. Also a ventriloquist and pianist, he won the grand prize on Star Search in 1990. His clean style of comedy is uniquely brought out in combination with his other abilities. With plenty of laughs, he’ll keep you engaged with his sparkling wit.

Who are the best Clean Comedians?

Bob Stromberg: The Family Slide Show
A seasoned veteran of the corporate and clean comedy circuit, Bob Stromberg sees laughter as the key to community, health, and family. Famous for his innovative shadow puppets and provocative storytelling, Stromberg has performed for Fortune 500 companies, non-profit organizations, and small-town fundraisers. He has worked with humanitarian organizations like Compassion International and Not For Sale.
Carlos Oscar - Life is Crazy Good

Manhattan native Carlos Oscar knows life is crazy good and has gained a favorable reputation for himself and garnered admiration in the comedic world with his unique brand of humor. With outrageous accents, impeccable comedic timing, and his trademark animated expressions, Oscar charms an audience of all ages without the use of profanities.   His clean, anecdotal style of comedy has gained Oscar some serious superstar fans such as the legendary Bill Cosby. In addition to his side-splitting wit, Oscar speaks to his crowd like an old friend and a brilliant storyteller. His chronicles of life growing up with a Puerto Rican family are hilarious, heartfelt, and familiar regardless of one’s upbringing or nationality. However, although this comedian keeps his act free of cuss words and explicit jokes, Oscar remains an uproarious and impressive entertainer.

David Adkins, better known by his stage name, “Sinbad,” has survived a chaotic personal life. Dismissed from the United States Air Force for parking his car in the wrong direction, divorced with two children, and star of his Fox television show, Sinbad draws from his repertoire of personal experiences to highlight the hilarity of African-American life. His controversial “hit ‘em in the face” comedy had proven wildly successful when in 2008 he was named by Comedy Central as the 78th greatest stand-up comic of all time.

A favorite on The Tonight Show with Jay Leno and Late Night with David Letterman, Mark Schiff is an accomplished stage standup comic, published author and voice actor. Master of the deadpan and comedy riffs, Schiff draws inspiration from his twisted, sardonic observations of the so-called “average” world around him. He is also an actor and writer most well-known for his work on Blue Collar TV.

Why not break the mold? Take a pick from the talented pool of the best clean comedians. Bring the kids. Invite the parents. Also, when you choke on your chewing gum in laughter, don’t say we did not warn you.
The majority of people will find plenty to relate to in-jokes about everyday life. From dating to raising children to trying to stay healthy, humor makes the task more bearable. These comedians share openly from their experiences, relating to the ups and downs of all kinds of life topics, making the journey more enjoyable.