35 Years of Experience and Counting. Meet Todd Oliver and Friends

Sometimes, all people need from an event is a feel-good vibe to carry them through. However, how do you make sure you bring the right act to create this mood?

Maybe you just have to look beyond the classic entertainment formula – and consider performers like Todd Oliver and Friends.

If by name you assume, it is about several members, you are right. Except they are a special kind of performers, as they are four-legged.

So, let’s see in what ways can they make your event one of the best your guests have ever attended.

Todd Oliver and Friends – The Art of Ventriloquism with a Twist

First, let’s start with a warning. Yes, Todd Oliver is a ventriloquist. However, don’t expect from him the classic ventriloquist act – his show formula also includes dogs, puppets, and musical acts. 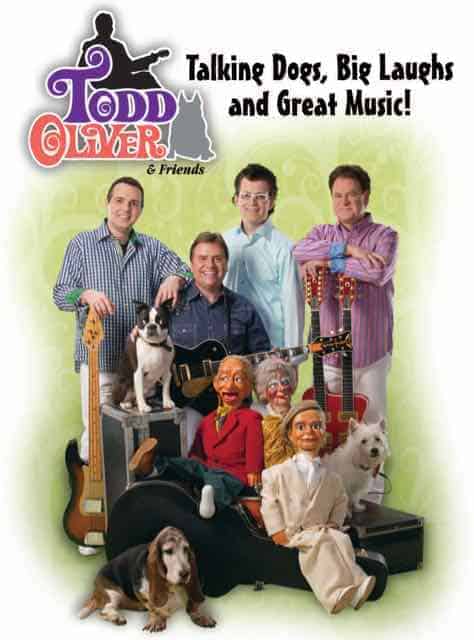 Just a few shows Todd and his act have been featured into:

How has he managed to stand out and establish such a solid reputation within the industry?

His story starts with the childhood memories of his whole family laughing at Edgar Bergen and Willie Tyler’s gigs.

Since then, he has been busy honing his ventriloquist skills and finding new ways to branch out. One of them was joining forces with French Bulldog Irving and then forming The Smiling Eyes – a band to create the audio part of the fun.

Apart from conveying a unique perspective on ventriloquism, Todd also works on improving his humor which we could describe as:

They also know how to promote themselves in hilariously grand fashion, if we consider Irvin words: “We are gonna turn everyday K-9 experiences into a howling good time!”

You could say Todd Oliver and Friends is a well-defined affair. On the one hand, you have Todd, Irving, and Lucy as headliners, on the contrary you can notice Pops, Miss Lilly and Joey as supporting cast.

We would say it is worth having a look at all of them:

They are a great bunch that likes to perform in traditional theaters and also tours the US, among others.

Moreover, now, we are going to let the performance speak:

These being said, you must have realized by now that Todd Oliver and Friends is a complete show wherein the creator puts every inch of his talent and creativity.

That sure speaks volume to the quality your event could benefit from, in case you settle for them as your entertainers of choice.

Make sure you do not miss this act and get in contact with us right now.