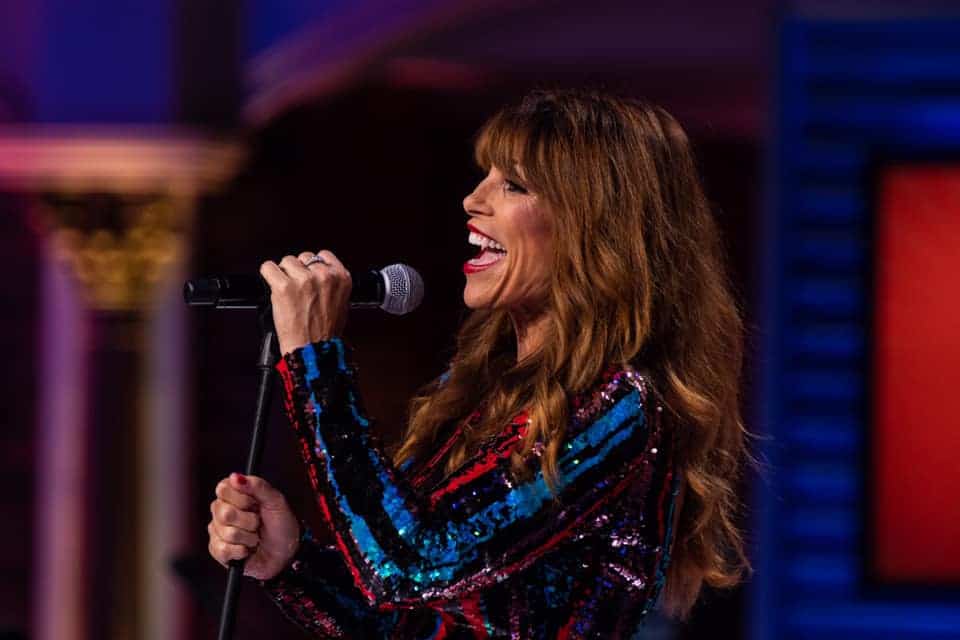 There’s no shortage of stand-up comedians in the world, but it’s safe that it’s mostly a men-dominated industry. However, more and more women are taking over microphones in comedy clubs and across online platforms.

In its 2-year lifespan, Dry Bar Comedy has had the time to form an impressive collection of comedy specials from some of the best comedians out there.

Not to mention the platform also has a rich library of materials from some of the best female comedians working right now. And if you’re interested in checking them out, but don’t know where to start, then you have come to the right place.

In the following article, we will introduce you to 8 incredible comediennes whose material will have you laughing for hours and show you why booking a comedy act is a must for both in person events and virtual events.

Is a comedienne and podcaster, known for having a strong presence in the online comedy sphere? From an early age, she had an interest in entertainment, but never committed to it fully. Later on, she developed an interest in stand-up comedy and began performing at open mic events across N.Y.

Fast forward until today, and Jenna is one of the most respected female comedians in the biz. She has released four comedy specials. Since 2017, she is also a regular performer on Dry Bar Comedy.

Through her comedy, she likes to make fun of the awkward and silly situations women have to experience in all kinds of circumstances, like, for example, the struggle of picking a pair of jeans or going to Zumba classes.

JJ Barrows is a comedienne and YouTuber with a penchant to make fun of herself and all the wacky situations she has been through.

She is probably not the best person to ask for relationship advice. On her latest special on Dry Bar Comedy titled “Doodle All Day,” she talks about all the crazy situations she has been through while giving a shot at online dating.

Spoiler alert, the date went less than desirable, but the good part about it is that she came up with new material for her stand-up shows.

A Boston-born stand-up comic, Kendra brings a hilariously relatable honesty to food, relationships, and womanhood — all through perfectly timed jokes.

In addition to being a comedian, Kendra is also a comedy writer, actress, and filmmaker. And a bartender. As one of the Female Comedians from Dry Bar Comedy, she wins audiences over with her charisma, likable personality, and, of course, hilarious, original content.

If you’ve ever found food in your bed and don’t remember how it got there, then you should consider watching her comedy special called “On My Best Behavior.”

Here’s a sample of what you can expect; click play.

When You Gain A Little Weight. Kendra Cunningham

Karen has a fast-paced, quirky, and charmingly-optimistic comedy style which has been featured in clubs, TV, radio, as well as top corporate events from across the world.

As one of the Female Comedians from Dry Bar Comedy, Karen broaches a wide array of topics including online dating, traveling, and even the afterlife with humor and acute honesty. Want to get a better sense of her style?

Then make sure to watch the set captured in the video below. It has it all: perfect pace, buildup, and flawless delivery.

And once you’ve seen it, you’ll most likely want to watch more from Karen Rontowski.

Andy Erikson is a comedy heavy-weight and social activist. Through her unique sense of humor, she received many accolades and awards on some of the biggest comedy competitions.

She recently made an appearance on Dry Bar Comedy, doing a heartfelt and incredibly funny stand-up show.

Mary Mack is one of the first female comedians to perform on Dry Bar Comedy, and the success she found on the platform would have her return for multiple seasons.

Throughout her childhood, she has studied music to eventually pursue it full-time. However, after playing in a band for a while, Mary would find that her talent lies elsewhere – in comedy.

She moved to Minneapolis to do stand-up shows and open mic sessions at festivals, clubs, and college campuses. Through the years, her affinity for music would resurface and eventually would become a defining part of Mary’s show.

Nowadays, she is a folk humorist, performing stand-up comedy shows, which sometimes feature a musical performance from her.

The Housing Market is the Worst. Mary Mack - Full Special

You may know stand-up comedian Jessi Campbell from NBC’s Last Comic Standing, where she dazzled the audience with her witty, likable personality and her one of a kind delivery.

Whenever you want to watch a comedian who is not afraid to tell it like it is, you can count on Jessi.

In the bit below from Dry Bar Comedy, she talks about how it’s becoming increasingly hard to be kind to people, and it’s most likely one of the most relatable pieces of content you’ve ever heard.

With her comedy, Kim tackles many chapters of her life, as her material is primarily culled from her experience raising children, being a wife, and not having a home at one point in her life.

Kim Kerley puts a lot of herself in her comedy, which is one of the reasons why people love her. She is not afraid to share bits of her life, and she does it with a relaxed delivery, which reflects the kind of confidence gained with over 20 years of working in showbiz.

Watch her share her hilarious take on romance in a long-term relationship and get ready to get a good laugh in.

The show is increasingly becoming more and more popular.

If you’re already a fan of the show, then you know the platform features both newcomers and comedy vets, so it’s easy for everyone to find something they would enjoy.

Comedians prove themselves best when they play live. And to get the most out of their material, you’d have to see them perform live on stage.

But if you want to learn more about the platform and some of the best female comedians featured on it right now, then also make sure to read this other article we’ve written on this topic.

If you are organizing an upcoming event, then don’t miss the chance to have a comedian perform live. If you’re interested in booking one, then give us a call at (615) 283-0039, and we will gladly work with you!