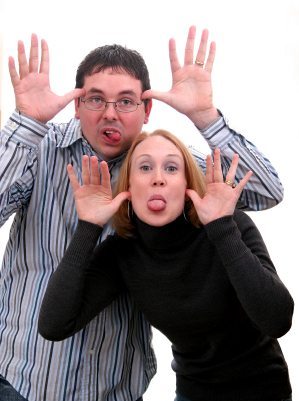 So you are in the mood to go out with that special someone but not sure what to do. If you are planning an event and need an exciting night of endless laughter and pleasure, here are some fun date ideas.  If you are looking for some new couple night out ideas or even hosting an event specifically for couples, look no further than the clean comedians below. Each one offers an evening of top-quality entertainment with lots of laughter. However, also to just providing a fun, these entertainers also help couples to laugh at themselves, each other, and life in a healthy and good-humored way.

Having a wholesome but a date night is of the utmost important for couples. Seeing a clean Christian comedian is one of the best ideas for a couples night out that any church can have. The fact that the comedians use clean comedy is something that the audience will remember. They will also have an opportunity to hear the stories from various artists about the progression of their relationships and the pleasure they bring. Having a chuckle about something similar or something that can occur in the future is an experience that can uplift the spirits of the couples.

Clean Comedy can shake things us. If you plan a date night that includes a comedy performance, you are setting yourself up for a night of laughter, of bonding, and of reminiscing. Not all comedy contains questionable language. In fact, there is an entire sub-genre of comedy that is dedicated to clean delivery. You can laugh unabashedly and not worry about the language and situations you are being exposed to. These comedians poke fun at everything including marriage and family. You’ll laugh about things you see happening in your own household, and that is what will make it resonate.

Comedy is the great equalizer. That is as true in crowds filled with people from different backgrounds as it is between two people. See a comedian for your next faith-based date night, and you’ll experience the effect for yourself.

If you want to experience a faith-based date night, try some of these clean comedians on for size.  They provide outstanding performances for a fun date night. They share their dreams, stories and adventures in a hilarious way that keeps people coming back for more. They give their audience a look at life and relationships through giggly eyes:

Jeff Allen jokes and pokes fun of the differences that men and women have when it comes to comfort. He also jokes about how attitudes change after over 30 years of marriage. His insight is enlightening and inspiring as he shows us all that a couple can survive the test of time and still have a considerable amount of fun.  Jeff Allen is a seasoned professional. He is at home on the stage in a way that many aren’t and delivers anecdotes from his life with a zeal that is infectious. Watching a Jeff Allen show is very much like looking in the mirror. Jeff takes real-life experiences and turns them into hilarious jokes but without making you feel bad. There is no topic he will not cover and his traveling and living experiences make them all the more interesting. Jeff Allen is one of the best date night ideas.

Bob Stromberg gives a dose of reality when he goes into detail about some uncomfortable medical procedures that many people must endure. He goes into detail about preparation and the actual process. His style is very soft and down-to-earth, which is what clean comedy is all about.   Bob Stromberg knows his way around the stage. He is a consummate professional; he can make you laugh without even trying. His delivery is so comfortable you’ll feel like you are sitting at home on your sofa while you enjoy his show.

Many people in the world have teenagers, and they go through various struggles and complications when raising them. Anthony Griffith looks at the competitiveness of teenagers and the way that older generations used to handle such teenagers. He will have anyone laughing in his or her seats with many hilarious skits such as this one.

Brad Stine has a wealth of energy as he enthusiastically compares the values of today with the values of yesterday. He feels that the nation was once full of courtesy many years ago, and he very skillfully makes the audience members laugh with his perspective of the way people relate to traffic rules and life in general. His energy brings a special element to this group of performers.

Just about everyone has had an experience going to a funeral. Michael Jr. takes his audience through the experience as a child and puts a comedic spin on it. His style is very low key and soothing, but still hilarious enough to make a date night fun.

Taylor Mason brings the life of marriage and comedy to a whole new level with the use of props throughout his show. The everyday duties of being a married man come alive through his musical renditions and puppet acts. Anyone who has been married for “a long time” will enjoy his jokes about the trials and joys of marriage. Taylor is a genius at delivering a joke. He uses everything in his arsenal, which is substantial, to begin with. He is not only a comedian, but he is also a ventriloquist and an accomplished musician, as you will see in his act. Taylor Mason should be one of your fun date night ideas.

Daren Streblow comes at you with all the thrills and idiosyncrasies that marriage comes with when you have children. Starting with the child process right from the beginning, you will be delighted by his calm humor about having children and the job of raising them once they arrive.

Jay and Laura Laffoon on the wedding

Jay and Laura Laffoon are the dynamic comedy duo. They play off each other, in the same way, that people who have been in a relationship for a long time do. Their jokes are funny and personal in a way that makes us feel like we are in on something private and laughing along right with them.

Sinbad’s controversial look at relationships and marriage in general may have some people cringe. However in his direct and straightforward attack on many issues that come about in a relationship, the truths are all too real which anyone can easily relate to. He tells you as it is and not afraid to speak his mind. He knows we all think it, but he says it aloud which makes it all a bit harsher yet he knows exactly how to make it funny.

Dana Daniels makes you laugh at you. He makes fun of the things that people are supposed to think are funny, but he does it in a way that is so offhanded that you find you laughing and shaking your head at the same time. Dana lets you get in on the act at the same time, bringing people up on stage to participate in his odd form of comedy.

Joby Saad is a clean high energy comedian using absurdist wit, comedic physicality and audience Improv. He has headlined in every conceivable venue including colleges, churches, comedy clubs, MGM Grand, Tropicana, Riviera and Excalibur Casino’s in Las Vegas and as well as the Bogota in Atlantic city.

Bean and Bailey: The King Meets the King

A Bean and Bailey show includes everything you expect in Family Friendly Entertainment from stand-up comedy to songs and musical parodies… all woven together in a friendship between Bean (an organized conservative personality) and Bailey (a random free spirit).

Steve Geyer is experienced with performing for couples’ nights and making audiences laugh. With a good-natured attitude and sense of wit, he talks about his wife and pokes fun at his marriage with examples and situations that his audience can understand. Steve is an excellent choice for an evening full of laughs.

Thor Ramsey, another Pastor comedian, will do any comedy gig, he says, “at any event that can have me home before Sunday morning.” With his priorities straight, he preaches, does stand-up comedy, and blogs, all for the sake of sharing his Christian wisdom with others. His take on marriage is not far from the mark, and his stand-up is a must-see for anyone who appreciates Christian marriage comedy.

Marriage is full of ups and downs. Going out and having a date night is an important piece of keeping the love alive. These comedians let us all reflect on our relationships and how trivial some things may be. It takes a lot of time, patience, and perseverance to maintain a healthy relationship. Being able to understand that and laugh about it is essential to keep a marriage thriving.   This elite mix of comedians would give any group a five-star fun date night with their marriage comedy. For more date night ideas for your church call us at 615 283 0039.