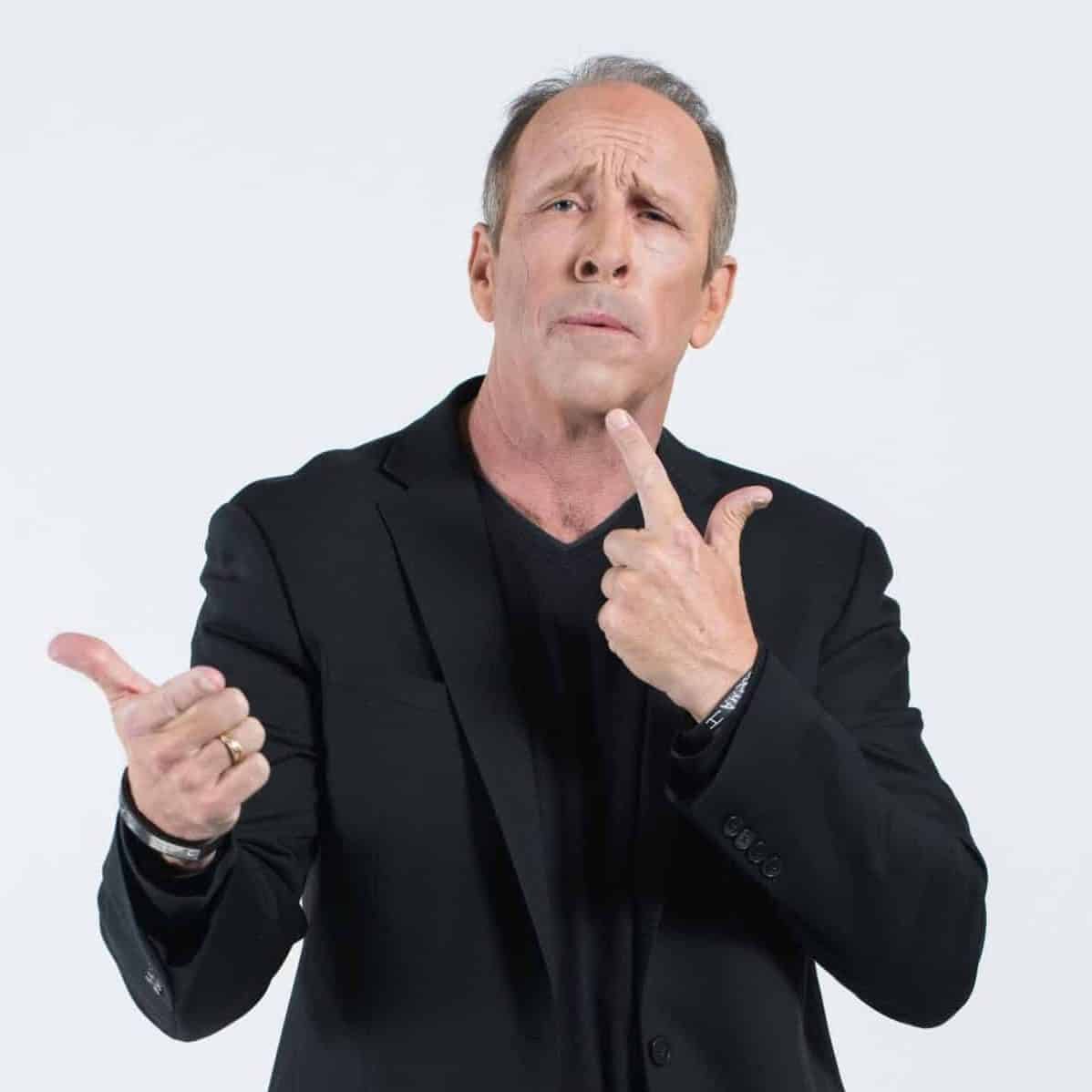 Is your next event in need of top quality entertainment? Do you need an artist whose performance won’t offend your guests or make them feel uncomfortable? Clean Comedian Jeff Allen is what you were looking for all this time.

Jeff is a clean corporate comedian and humorous speaker who has worked with celebrities such as Jerry Seinfeld and the Smothers Brothers. He was the featured performer at the Presidential Inauguration, has performed twice at the National Prayer Breakfast in Washington D.C. and has also been seen on HBO, VH1, Comedy Central, and Showtime.

There’s a lot to say about this clean comedian. However, the most critical aspect is that his performance is brilliantly funny, safe for any audience, inspirational, and motivational.

Keep reading if you’re curious to find out why and how you can book him for your next event.

Most viral stand-up comedians use insults and cursing to create their humor and performances. While it may appeal to some, it surely offends others. It also makes for a complete no-go as entertainment for events.

However, clean comedy is so much more. 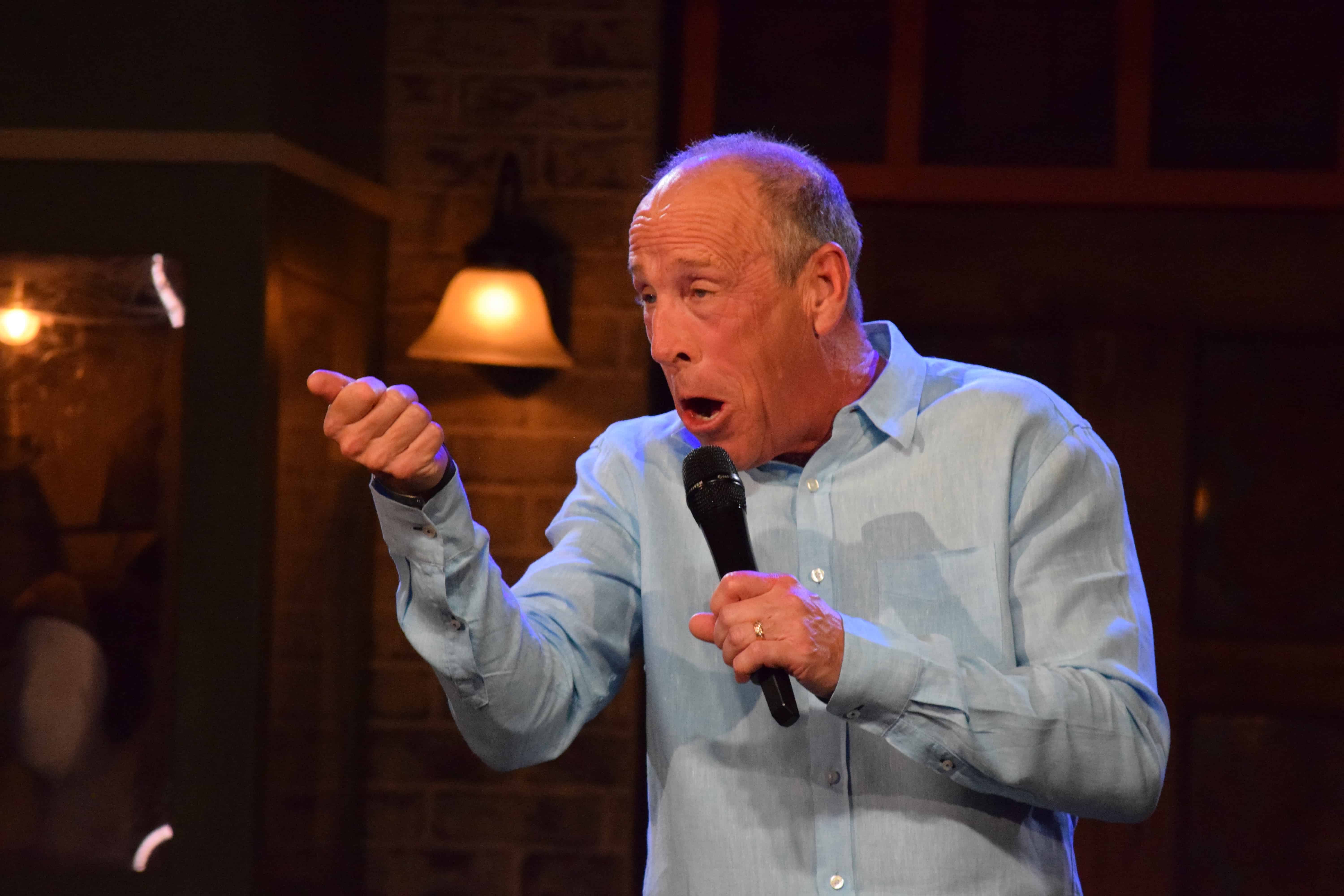 Back to Comedian Jeff Allen

Jeff’s career started on the wrong foot in 1978. He felt humiliated by the low-paying performances in clubs and the lack of respect. He went down the wrong path, declared himself an Atheist, and started using drugs and alcohol.

In 1987 he got sober, but he needed ten more years to become a born-again Christian. However, during this time, he was able to work on his act as well, turning it into a clean performance in the style of Jerry Seinfeld. Churches became the venue for his act, which, unless specifically requested, is devoid of Christian references.

Besides the fact that he combines clean humor, he also has the experience to be one of the world’s funniest and most inspiring comedian. Just take a look at this video from one of Jeff Allen’s performances:

Jeff’s One of the Most Experienced Entertainers in the World

With over three decades of experience working in the entertainment industry, you know you will be working alongside an expert.

The majority of Jeff’s material draws from his 30-plus-year marriage to his wife, Tami, and a father of three. He recounts how they took a troubled marriage on the edge of failure and turned it around through love, laughter, and understanding.

Jeff Allen’s comedy pokes fun at a few of the funny woes of  family life. An endearing spirit with a touch of sarcasm that hints at a  hidden desire for recklessness makes Allen a relatable figure. His  unique jokes draw his audience in and their ability to connect with him  has them all thinking, “Hey, that sounds like me!”

Allen is an extraordinarily talented, clean and funny comedian whose material will be particularly applicable to anyone who has dealt with the joys and trials of marriage and child-raising. Many people watching his show will find themselves saying “That happened to us too!” after every story. Allen’s biting, tongue-in-cheek commentary is tempered by the fact that his genuine affection for his family shines through the entire performance.

Jeff has had major appearances in critically acclaimed comedy films and comedy specials, the most renowned being Dry Bar Comedy,  Apostles of Comedy, Thou Shalt Laugh and Happy Wife, Happy Life.

He doesn’t just appear on various television and radio shows. He also performs for various corporate events and fundraisers, specializing on the former. The Pennsylvania Bankers Association, The Estate Planners Group, Chick-fil-A, Booth Energy, and WalMart can all vouch for his skills and experience.

Why Jeff Allen, the Most Inspiring Comedian, Is Perfect For Your Event

The most challenging part of organizing an event is not dealing with the catering services or putting in the time to find the ideal venue, but trying to find entertainment. It might not seem hard, but making sure all your guests’ needs in terms of entertainment are met is no easy task. However, you no longer need to worry. Book this comedian extraordinaire as your entertainment, and you’ll never regret it.

What makes his act so great? While his humor is called “Clean Comedy,” it has nothing to do with being preachy and overzealous. It’ all about having good, clean fun, this is what Allen is all about.

Jeff Allen is a Corporate Clean Comedian, who has brought laughter, encouragement, and inspiration to millions with his clean comedy style. His appearances in live performances, on television and other venues, have showcased his comedy routines depicting everyday life. Jeff is as at home performing for the non-profit gala as he is in Las Vegas.  Allen is funny. He is funny in every venue and does so without compromising his values or the values of his audiences. Jeff has performed for the troops of the United States of America on board ships in both the Indian Ocean and the Persian Gulf as well as in Bahrain.

Why Is Clean Comedy So Important?

While tame humor is not necessarily the only type of comedy you can go with, it is the best option for more formal events, such as fundraisers, charities, weddings, and corporate parties. Hiring foul-mouthed entertainment for these events is like walking through a minefield, since you never know which people will be set off because they were offended.

The type of entertainment provided by Jeff Allen comedian extraordinaire is precisely what you’ll need. Just check out some of the benefits of clean comedy:

How to Book The Comedy of Jeff Allen for Your Next Event? Easy!

Provide your guests with top-shelf clean comedy, and they’ll surely be grateful. Make your next corporate party or fundraiser a hit with a professional comedian and people will soon be begging you to organize another one.

Offer your guests some of the best humoristic performances out there, and they will surely repay you with their respect – and their donations, if you’re organizing a fundraiser.

Jeff is a clean, funny standup comedian, has been making people laugh for years. He will have the audience laughing in no time without profanity. Just ask anyone who has seen him. Jeff Allen is ready to make you laugh with his clean stand-up comedy act. Are you prepared to laugh?

Booking is also an easy process: get in touch with us online or call right away at 615-283-0039.  Book Corporate Clean Comedian Allen for your next event and let the laughter begin.