A lot of the comedians around today feel pressurized to be the funniest act out there, and some are turning to vulgarities and shock tactics to get a few extra laughs. Good Clean Comedy today is getting more and more controversial as comedians find new ways to shock a laugh out of the audience and many comedy shows are no longer family friendly occasions. 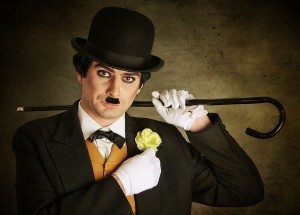 A lot of the older clean comedy acts such as Morecambe and Wise and Charlie Chaplin never used bad language or vulgarities. Instead, they focused on quick wit and physical slapstick comedy. These clean comedians acts did not need to rely on dark comedy or to abuse the audience to get laughs; they were just funny. So is it a sign of our times then that many of our modern comedians rely so heavily on the risqué material? Maybe not, as there still exists a breed of comedians considered “clean comedians” and that are funny and fruitful.

What comedians have Good Clean Comedy?

Henry Cho is an accomplished Asian American comedian. While he appears Korean at a glance, he is a good old boy from the heart of Tennessee with an impressive resume. He has been on The Tonight Show (NBC), Late Late Show (CBS) and a keynote entertainer in front of a presidential administration.

On top of that, Mr. Cho has had guest roles in many sitcoms and worked with big names like Carrie Underwood and Willie Nelson. He has even had his show on the GAC (Great American Country) television network

Comedy does not have to be offensive to be funny as much today’s comedy shows; a story is just as funny without using expletives. A lot of the comedians that promote clean comedy use anecdotal comedy to make their audiences laugh and get great results. Sometimes in life the most mundane things are funny, and it is up to the comedian to recognize this and make it funny. Comedy is all about recognition, and once you have established some common ground with an audience, then it is easy to make them laugh without relying on the risqué material.

Clean Comedian Carlos Oscar talks about his extended family, foreign accents, and the difficulty of living in a house full of women in this clip from his stand-up show. The clip comes from his appearance before a live audience on Comedy Central.

Carlos Oscar is a New York-born Latino comedian. He has performed his unique brand of stand-up comedy in front of live audiences on the Tonight Show, as well as on cable networks such as HBO and Comedy Central. When he is not on tour, Carlos lives in Pasadena, California, with his wife and their two lovely daughters.

Smutty or controversial comedy can sometimes exclude a large group of people who do not agree with foul language, where clean comedy can be enjoyed by a whole host of individuals. From the young to the old, good clean comedy fun can appeal to almost anyone and is suitable for a range of occasions. If you want to spice up your convention or awards evening, then a clean comedian is the perfect addition. Clean comedy has a place at corporate events, family parties and even church fundraisers, so why not introduce a little fun into your next big function with a comedian!

Jeff Civillico entertains the masses with his lighthearted comedy and spectacular juggling routine. The video begins with his sharp humor as he connects with and delights the crowd. Jovial cheers can be heard as Jeff goes on to juggle an apple, a bowling ball, and a large pirate knife.

Charismatic appearances by Jeff Civillico have become highly sought after at significant corporate events and workshops all throughout the nation. His masterful exuberance and quick wit under any circumstance ensure a successful event. The Las Vegas, Nevada, headline entertainer dispenses family-friendly performances packed with unfaltering energy. He frequently is a guest performer in Nathan Burton’s “Comedy Magic Show” at The Flamingo Hotel and Casino. Jeff is currently headlining his show “Comedy in Action” in Las Vegas

Good Clean comedy is often overlooked as something that is not as funny as other forms of comedy but this simply isn’t true. Sure, it is different, but that is not to say it is not any less funny. Many people enjoy clean comedy, but it does need proper marketing to get the right kind of audience through the doors. Clean comedy can be incredibly rewarding and beneficial for any event if promoted properly. Another popular misconception of clean comedy is that it is always religion based. This is not always true; many clean comedians never even mention God or religion. Some acts do but not in a way that attempts to force you to change your religious beliefs. Instead, they were merely presenting a difference point of view within an informal environment.

Clean comedy really can bring people together and get them having fun. Parents, children and even grandparents can all get involved in clean comedy and enjoy themselves. As a parent, you will not have to worry about any inappropriate material or language as the entertainment will be completely family friendly.

If you want to treat your families, friends, co-workers or fellow church-goers to a night of fun and laughter then a clean comedy show is the solution to all your problems. Everyone will be thanking you for many weeks to come after they have laughed from start to finish of the comedy show.  If you want to find a great comedian for your next event then why not have a look at our website for a whole host of smart comedians ready to entertain you.

Ideas for Virtual Events to Engage Your Remote Team4

Given the world's context right now, remote work has become the norm across many companies and organizations from across the Globe - redefining how a remote team communicates and work. And while there are many benefits to working from home, it can also cause...

END_OF_DOCUMENT_TOKEN_TO_BE_REPLACED

Fun Virtual Event Ideas that Will Engage Your Remote Teams

Online events are on the rise and here to stay. And while there are many notable differences between physical and virtual events, there is one factor that dictates all events' success. And that is: making sure that you keep your remote teams captivated and...