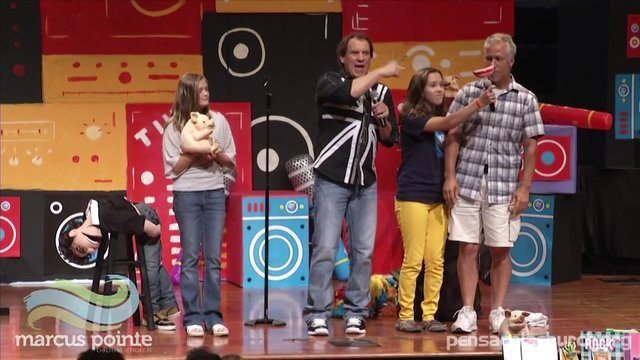 If you’re looking for good, clean, and hilarious entertainment that’s suitable for audiences of all ages, you’ll find it here with the comedy styling of talented ventriloquist and stand-up comedian Taylor Mason and two little puppet pigs, Paco and his cousin Ramone. Taylor Mason’s smart and funny routines are the perfect choice for any venue whether a corporate party, church event, or any other gathering that you may be seeking entertainment for. For any type of event from low to high profile, Taylor Mason is sure to be a hit with your audience.

Great Comedy that is Hilarious Entertainment

Guaranteed to make you laugh out loud and to keep you hopping with his skillful ventriloquism, funny man Taylor Mason has had extensive experience through the years as a comedy writer, musician, and performer. In 1990, his skills and talent helped him win Star Search. He has headlined at every major comedy club across the country as well as doing a show on a Disney cruise ship for teens and children, and has numerous books and recordings in publication. With an unfailingly dedicated interest in his audience as well as a full commitment to hilarious entertainment at each and every performance, Taylor and his piggy friends Paco and Ramone are an ideal choice for any event that needs family entertainment.

Taylor Mason and his swine friends Paco and Ramone was recorded live at a performance given in the small town of Mankato, Minnesota. You might remember hearing the name of that town if you watched the series Little House on the Prairie. Among other things, the video has a little fun with language barriers. Of course they couldn’t forget to poke a bit of innocent fun at lawyers, topped off with a little religious humor that will make you laugh out loud without leaving you cringing. We’re even given a fun little song to make us giggle.

Need Great Comedy at your next special event?

Taylor Mason is a great comedian when performing for conferences, special events, churches or entertaining corporate functions. This video is an excellent example of Taylor Masons wit and ability to get people laughing, smiling, and in a great mood. He illustrates how great comedy can get the audience involved in his show making the experience better for both himself and every member of his audience. He shows his talent for ventriloquism going far beyond the average ventriloquist by utilizing audience members in his act. Through these audience members, he communicates his humor and his ability to get the audience really laughing at almost anything that is said or done on stage.

Taylor Mason is Great Comedy for All Agest

By pulling these two children and parent into his variety act, he provides great comedy for these families and families in the audience an amazing bonding moment. Getting both children and parents laughing with each other in any setting can be a hard thing to accomplish, but Taylor Mason really pulls it off here as well as any other place he performs!

Taylor Mason is a comedic genius who is great at performing in front of any kind of audience. He has performed at hundreds of venues across the country, and even on cruise ships. His strong energy coupled with his very high charisma and his aptitude to make an audience of all ages and backgrounds laugh serves him well as a comedian and ensures every show he performs is a hit!

Some of the types of venues he has performed at include churches, cruise ships, and comedy clubs. He has also written humorous content for clients like Wal-Mart and Microsoft. One of his earlier achievements include winning Star Search in 1990.

Taylor Mason performs great comedy for an all ages audience as well as corporate functions. His comedy is very clean and appropriate for everyone. Most of his comedy is even best performed with families in mind. He has performed numerous shows at churches and even places like a Disney Cruise for families with small children.

Because of his clean comedy and his ability to get people of all ages laughing, he is also great at performing shows at places like office parties and corporate events. No matter the audience, he is highly skilled at getting his audience roaring with laughter.