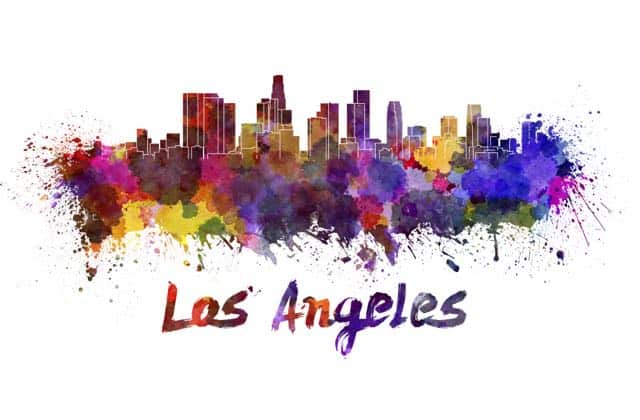 Los Angeles has a rich history of comedy. The city is vibrant, interesting, and has a unique atmosphere. These eight Los Angeles comedians take their life experiences and use them to relate to the audience using clean comedy. From Botox and plastic surgery to childcare and pierced nipples – these LA entertainers joke about it all. These Los Angeles comedians are some of the best comedic talents in the country. They all have touring experience and are veterans in the business of comedy. 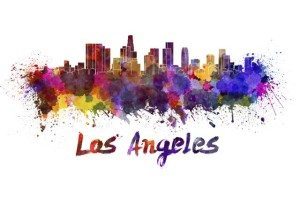 Organizing a corporate event is all about finding the best way to show your appreciation to your attendees, and providing them with laughter is a sure way to create a relaxed environment they are sure to enjoy. As one would expect from a city synonymous with entertainment, Los Angeles comics are some of the most charming and diverse in the world. A comedian removes the some of the burdens that come with being a host and allows you to take a seat and enjoy yourself, without losing any credit for putting the whole thing together in the first place. No matter what niche you need to satisfy for your gathering, one of these Los Angeles comics is sure to make for a memorable occasion.

Adam Trent is one of the most successful comic magicians, having performed hundreds of shows in dozens of countries. He has performed in on Broadway, comedy clubs, on television, and on cruise lines around the world. His mixed act consists of illusions, music, and stand-up, making him a fantastic choice for an energetic and intelligent audience.

Ron Pearson makes the combination of juggling and cracking jokes look easy. He uses a constant tableau of facial expressions, gestures, and one-liners to punctuate his kinetic comedy routine. His universal references keep audiences laughing while eagerly watching every skilled trick. He doesn’t just juggle with his hands, he is constantly in motion with his whole body, engaging each observer, then dropping in punch lines.  On stage, he channels his street performer roots as juggling clubs twist and spin effortlessly. Somehow at the same time, he is able to lampoon pop culture and work in physical comedy, all the while keeping his juggling clubs dancing in the air.  He reminds us that the lost art of juggling is alive and well. It doesn’t hurt that his witty observations and gesticulations can’t help but bring smiles and laughter.

Ron McGehee is a Last Comic Standing alum who has written for several TV shows, including “The Carson Daily Show” and “Jimmy Kimmel.” He tours many different styles of venue across the country and brings his unique Asian background (he is Irish and Korean) to audiences of all lifestyles.

Scott Wood has become known as “Mr. Punchline,” due to his fast-paced style. He delivers one-liners with incredible speed, relentlessly hitting the audience with comedy. He has been a comedian for over 20 years. He is an accomplished performer in several comedy scenes: performing in comedy’s best clubs, successfully opening for music artists, performing at corporate functions, and impersonating hundreds of today’s biggest stars. Scott Wood is a versatile comedian who can perform at any event.

Carlos Oscar is a New Yorker now living in Los Angeles. He has performed on The Tonight Show with Jay Leno and recently performed on Gabriel Iglesias’ Stand-Up Revolution. He is an energetic comedian that can appeal to any crowd. His dynamic stories and creative characters will keep you laughing.

Thor Ramsey: LA, the Silicone Capital of the World

Thor Ramsay is a veteran comic, having been performing stand-up comedy for over 20 years. He is also a pastor and uses his experiences with religion in his comedy. Thor’s comedy is approachable, exciting, and perfect for any audience.

Anthony Griffith has performed at every conceivable venue and is one of the finest storytellers in the country. He is an expert at catching people by surprise and making them laugh with his recountings of a life full of experiences. His style creates a very real atmosphere that everyone can relate to. He has appeared in numerous TV specials and continues to bring life to every room he visits.

Taylor Mason is an experienced ventriloquist and comedian who has worked every type of venue imaginable in his thirty years in show business. He has headlined clubs, colleges, and conventions with his act, charming audiences with a finesse only charisma and experience can bring. He is best known for his interactiveness on stage, bringing the audience into the show along with his puppets.

What Next?  Hire a Comic from Los Angeles!

Los Angeles is a dynamic city full of many great comedians. These great Los Angeles comedians take their personal backgrounds and experiences and use them to create hilarious comedy. Each has a unique story and a unique take on life. These comedians are perfect for any event or venue and can bring the laughs to any audience.

Hiring any of these Los Angeles comics is sure to deliver a unique, enjoyable experience to your event, and is a fantastic way to show your appreciation towards your staff, investors, and shareholders. Planning an event around a live comedian delivers like nothing else.