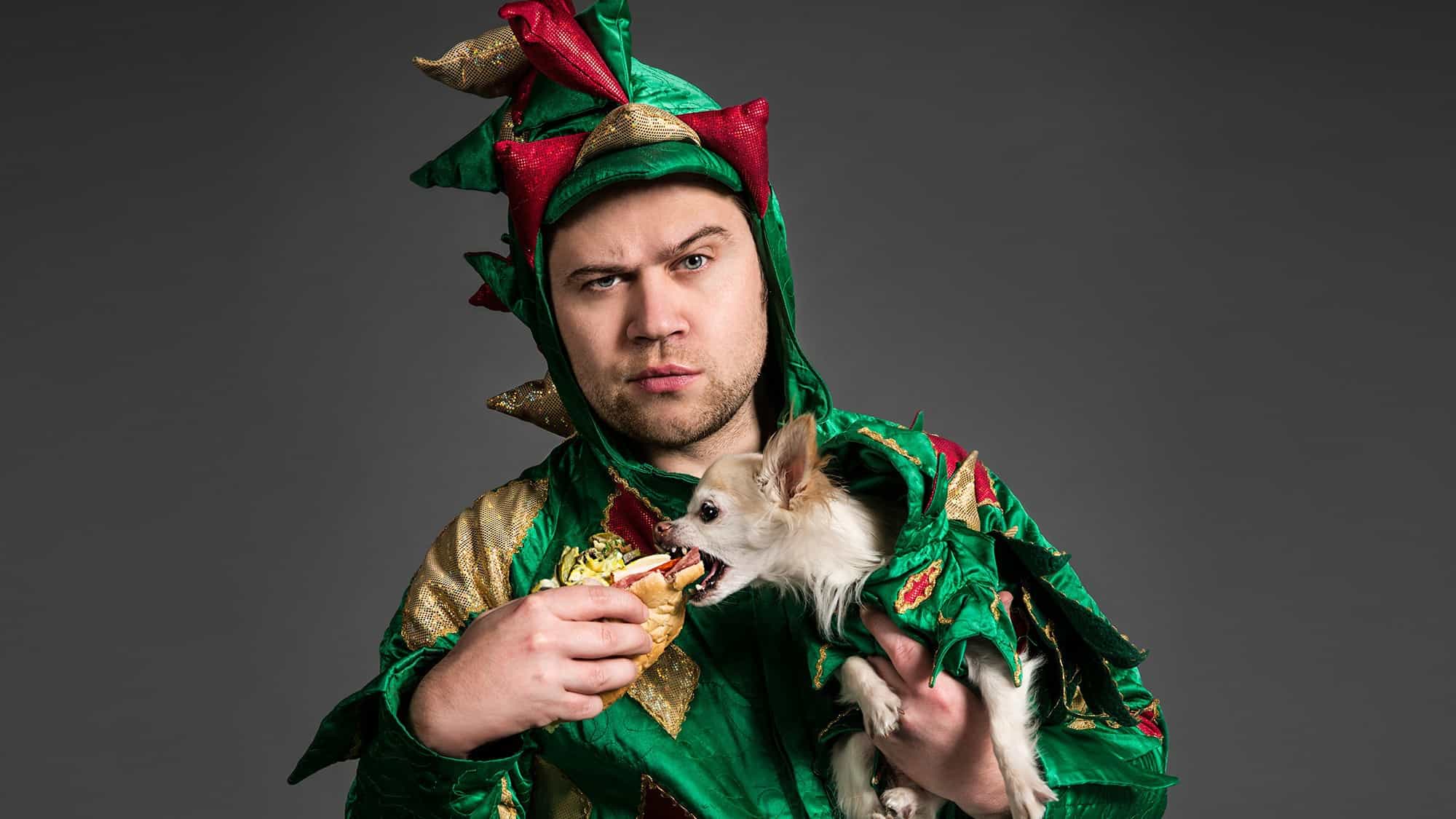 Have you been tagged as the social coordinator and need to come up with some unique office holiday party ideas? Many of us have been in this panic-inducing situation, feeling that our social capital depends on presenting coworkers a night to remember, and most of us have suffered through the genuinely awful tedium of a boring office party.  Office Christmas party ideas can be hard to get approved. This can be particularly true for comedian suggestions. There are many reasons a particular entertainer may not be welcome, whether it be a majority of your coworkers do not like him, or they might be considered inappropriate for whatever reason. For these reasons and more, it can be challenging to get the best holiday entertainers accepted by the majority when it comes to popular, funny comedians. There is always someone who wants something different for the Holidays.

Comics have the unique ability to push audience members to see everyday life through a new, more appreciative lens, leaving guests with a memorable holiday party experience. Below are some of the top stand-up comics available to perform at your Christmas party, each delivering his unique spin on stand-up comedy that is sure to satisfy every member of your guest list. They each bring their flair to his comedy that will make your Christmas event something to remember.

With over ten years of experience and a focus on ingenious improvisation, the Panic Squad guys get laughs from unplanned, audience-driven improv humor. Their sketches tend to leave their audience on their toes since no one knows what is coming next: not even themselves.

Ross Bennett is a comedian with a resume of events that include fundraisers, comedy clubs, and banquets, yet he also has years of experience handling corporate events as well. He specializes in his humor for the occasion and any information you can give him to make his sketch unique to the audience. Along with traditional stand-up storytelling, he does much crazy improvisation as well.

Carlos Oscar- What is wrong with my Mother-In-Law!

With an energetic stage personality and a penchant for acting out his jokes instead of just telling them, Carlos Oscar is an engaging comedian that specializes in situational-based humor based on his real-life experiences. His comedic style is flexible, so he is a perfect fit to make any Holiday Party more entertaining.

Bob Nelson is a vibrant personality whose energy is infectious. When this is coupled with his character-driven sketches, it usually results in a riotous good time for the audience. His characterizations are well known and varied, and when he is not acting out a personality, he is telling stories that poke fun at everyone: even himself.

Quick and witty, Jeff Allen relates stories of his life in a way that comes across as relatable to everyone in the audience. His material focuses on marriage and teenagers. With his specials on Dry Bar Comedy, Comedy Central, Showtime, and VH1, Jeff Allen has carved out quite a career. Especially when you plan your holiday party, he is hilarious, but he is also clean. With an extensive list of corporate clients, including Sam’s Club, Chick-fil-A, and BlueCreek Investment Partners.

Adam Trent has been performing since he was nine years old, and he knows how to establish a connection with your audience. From street performances to birthday parties to large corporate conferences, Adam’s unique brand of interaction with your audience is what makes him a one of the best holiday entertainers for your event. Trent takes traditional magic tricks and revitalizes them and adds comedy. His style – more like a pop star in a music video than a magician – is mesmerizing. You cannot help but watch as he dances around the stage, makes his assistance appear out of thin air, or saws himself in half before your eyes… all while singing a tune. He is the new face of magic and one to watch.

Bob Stromberg on Being a Grandfather

Storyteller and Comedian Bob Stromberg talks about the joys and tribulations of being a grandfather in this short comedy clip. He talks about his first experience with seeing his father holding his baby for the first time, which was an incredibly memorable experience for him. He also talks about the way that his father was born in a much rougher and rural environment.

Stromberg can make the mundane events of everyday life seem hilarious. His description of his father holding his baby for the first time strikes a chord because it is an experience that rings true for many people, all over the world. The love that a parent, or a grandparent, feels for their grandchildren is an experience that cannot be described well by many people. Stromberg manages to do this in a way that is heartfelt, poignant, and quite funny.

Henry Cho is an American stand-up comedian hailing from Knoxville, Tennessee. Of Korean-American descent, Henry Cho’s unique style of clean comedy, an Asian-American comedian with a southern accent, has won him many fans both in his home state of Tennessee and nationwide. His style of clean comedy has also made him a versatile comedian, letting him perform at many venues appropriately. He often uses his childhood experiences as an Asian-American growing up in his comedy. He additionally is featured on several radio shows on Sirius XM and has made appearances on Comedy Central.

Daren Streblow has an offbeat comedic style that often catches his audiences by surprise, gasping for air at his quirky one-liners. With roots in a radio broadcast, Daren switched gears to focus on a career in comedy so that he could pursue his passion for making another laugh. Having survived the severe learning stages of open-mic humor, Daren has perfected his stand-up ability to become one of the top holiday entertainers for audiences worldwide and from all walks of life.

A seasoned veteran in the world of comedy, Regan has appeared in comedy clubs all around the United States. On top of that, he was a writer on Kevin Jame’s high-rated sitcoms “King of Queens” for several years. Regan is a real professional and an alchemist of laughter. As a master of clean comedy, he will delight audiences and offend only the fanatically uptight.

Piff, the Magic Dragon, riffs off the song of a similar name, but his magic show is nothing but his own. From card tricks to sleight of hand to bursts of fire, if it can be done with a deck of 52, Piff will do it. Number one of the unique office Christmas party ideas: a card dealing, fire-blowing dragon.

Ron Pearson has his unique office holiday party ideas. Born in Bellevue, Washington, he has set world records for juggling. This multi-talented entertainer is also an actor, with credits on The Drew Carey Show and Malcolm and Eddie, and has a stand-up comedy routine that has to be seen to be believed.

Office parties should be fresh and entertaining, and these performers can provide original and exciting events. From fire-breathing dragons to sand painters to cutting-edge magicians, these performers transform routine gatherings into nights to remember. Each of the 12 entertainers provides a different show for some genuinely unique office holiday party ideas.

All of these comedians offer something different, but all of them are great for company Christmas parties and should fit most office Christmas party ideas. They are all experienced when it comes to corporate events and will provide a comedy event your employees or workmates will not soon forget. Improve employee connectivity and boost company morale by booking a stand-up comic for your holiday gathering.

END_OF_DOCUMENT_TOKEN_TO_BE_REPLACED 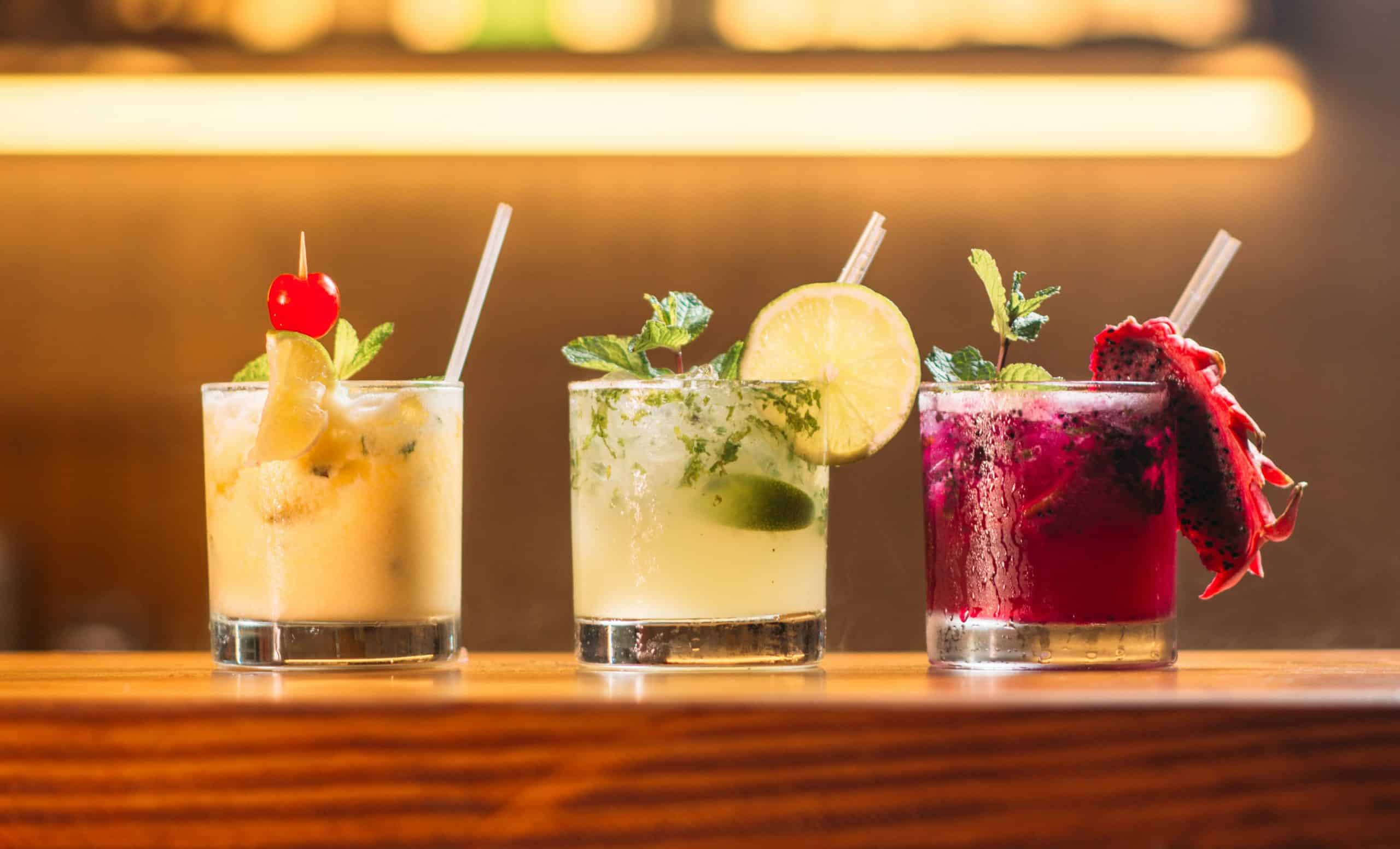