Keith Alberstadt: A Bald Unicorn and a Sarcastic Comedy 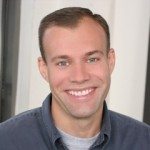 There’s ever a grin on his face or a smile ready to poke through. Much of his material comes from his life, and it’s always original, always clean, always funny. Keith only refuses to rely on tired concepts. Instead, he manages to put Alberstadtian spins on every topic he touches using sarcastic comedy.

Take, for instance, his perspective on baldness. Now, the process of losing hair might be a general wellspring for jokes. However, after considering Keith’s outlook on this issue, you might start viewing baldness in an entirely new way — as an episode of “Lost” or as a thrilling competition between hair that’s losing and hair, that’s winning.

Keith inherited sarcastic comedy, creativity, and intelligence in spades: One of his parents taught at Vanderbilt University, and the other was an artist. These genetic traits afford him keen insights into everything from newsworthy events to absurd fads. And given his sharp views on the world and its foibles, it’s no wonder that Keith has written for such satirical institutions as “National Lampoon” and the “Weekend Update” segment of NBC’s “Saturday Night Live.”

Keith, a native of Nashville who now lives in New York City, has enjoyed stellar success within the hugely competitive field of stand-up comedy. He’s a regular on nationally-syndicated radio shows and at major U.S. comedy festivals. He frequently appears on “Red Eye,” the humorous Fox News program hosted by Greg Gutfeld. In 2009, he worked as a contributing writer on NBC’s “Late Night with Jimmy Fallon.” And in the 2010 edition of Country Music Television’s “Next Big Comic,” viewers voted Keith one of four finalists. On top of all that, he has performed more than once on CBS’s “Late Show with David Letterman” — a program that represents a pinnacle of any comic’s career. Unfortunately, Keith was unable to hear what Letterman whispered to him after he finished his first set on that show. Those words of wisdom are lost to history.

Additionally, Keith has performed many times for American troops serving in Afghanistan, Kuwait, and Iraq and Armed Forces Entertainment strongly endorse his comedy. His dedication to U.S. fighting men and women is especially notable in light of an incident that occurred in 2006. Keith was performing in a show at a military base near Baghdad. As that the program was drawing to a close, terrorists fired explosives at the base. Talk about your tough crowds. Indeed, many comedians have bombed, but few have been bombed.

The first time Keith made people laugh onstage, he was a teenager hosting the school talent show. He fired off one-liners between the acts, and he received big laughs in response. Today, Keith Alberstadt’s fan club has expanded far beyond his classmates and their parents. But his underlying likability and relatability are as strong as ever.