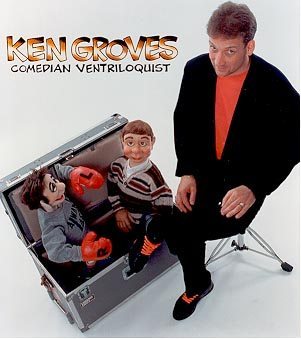 Ken Groves ventriloquist is a talented comedian who interacts with a puppet whose personality would appeal to the audience being entertained. The audience might be a rural farmer group, a non-profit group, a corporate audience, a school or a cruise ship. Groves is so skilled that you will be convinced he is merely interacting with a talkative puppet and not doing all the talking. The dummy says something far-out, and Ken reacts with shock, disbelief or embarrassment, which adds to the entertainment. The puppets’ movements are convincing and engaging. The effect of the show is a warm sense of well-being after being treated with wholesome humor about situations and complications faced by the particular audience of that show.

It is decidedly difficult to find clean comedy ventriloquist acts that are funny and entertaining. Our standards for Good Clean Fun from a comedian has digressed to a pretty low state. Each comedy ventriloquist is hard pressed to find new and entertaining subject matter. They find they must touch on matters that are questionable to some…yet enjoyed by others. It is the nature of the business. Yet, it is not always desirable when seeking to be entertained.

Performing since 1985, Groves has appeared in a number of television shows such as “After Hours,” “Arsenio Hall,” “Live at the Funny Farm” and “The Statler Brothers Show.” He has performed at hotels and casinos, cruise lines and corporations around the world.

Groves act out a funny story of C.W. being left at an unfamiliar setting of an Amish farm, stumbling through his experiences and ending up being jailed. In viewing this video, you will see how well the puppet’s mouth movements are synchronized with the speech of the ventriloquist so that you will be convinced the puppet is talking.

This is a short clip of Ken Groves ventriloquist at an Amway meeting. C.W. the Puppet is hilarious as he makes comical statements and pokes fun at big names. The range of expressions of both puppet and ventriloquist adds to the effectiveness of this comedy act.

The puppet here is a nonagenarian whose memory slips lead to wacky and outrageous statements that has Groves expressing astonishment at times or embarrassment at other occasions. This leaves the audience in continuous laughter. The act brings lighthearted humor to problems faced by oldsters and makes the viewer more accepting of what 90-year-olds can come up with.

In this video, Groves has his puppet C.S. interacting with the audience by playing a game with them and sometimes comically addressing someone in the first row. C.W.’s continuous stream of offbeat expressions has Groves embarrassed and the audience roaring with laughter. This act shows Groves’ spontaneous humor at its best.

Howard will make just about anyone laugh with his witty responses to Ken. Howard is now 93. He still has an eye for women and is sassy. You can’t help but enjoy the dialog between puppeteer and puppet. The skill at which Ken Groves is able to make his dummies speak is astounding. When watching, you would think Howard is speaking from his own mouth. Ken has worked hard to learn his comedy material and has perfected the comedy ventriloquist trade. Howard has touched the funny bone of most who encounter him.

The five examples show how Ken Groves ventriloquist is expert in handling his puppet and in his ventriloquy. Both in the expressions and movements, the puppet appears to be a real live person. Groves’ humor tickles, amuses, and provokes laughter, but never offends. What makes the acts effective is the way the audience is drawn in by the subject and content, which is always made relevant to a particular audience involved.

It is a dying trade to provide family entertainment. But, it is still in existence. It may take some searching to find a safe place to laugh and enjoy. But, here you have found what you seek. There is no doubt that viewers of all ages can laugh with Ken as Howard twists his words and makes his jokes. And what more fun can be had than hanging out with a pro and his dummies? Witty, smart comedy and a barrel of laughs are what you will get in a Ken Grove show. And isn’t that what you were seeking in the first place from a comedy ventriloquist?

END_OF_DOCUMENT_TOKEN_TO_BE_REPLACED 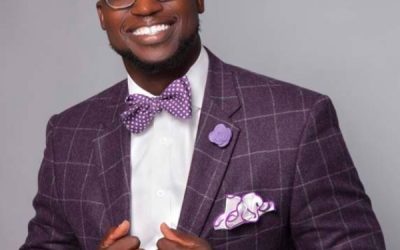