How to Keep the Laughs in Your Life with Observational Humour 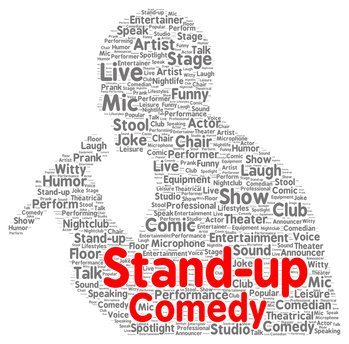 Ever have something funny happen to you, and you just had to tell someone about it? That is an example of observational comedy. The backbone of observational humour jokes stems from the irony of day-to-day situations. The jokes are so funny because they are true. Observational comedians thrive on the power of comedy in common experience. It is oddly refreshing to have someone whom you barely know pinpoint the minute details in your day in such hilarious, accurate, and often unexpected ways. Suddenly, you can laugh knowing that you are not the only person who has been through it. These corporate clean comedians keep the levity in their lives by taking note of those little moments that can bring about such big laughs.

Observational Humour that is Funny

Comedian Daren Streblow has his style, made of sophisticated, yet quirky observational humour that is the hallmark of his career. Daren has opened for the likes of Weird Al Yankovic.  Streblow was a key performer in the Apostles of Comedy tour along with Jeff Allen, Brad Stine, Ron Pearson, and Anthony Griffith. Since 2011, he has hosted “The Daren Streblow Comedy Show,” which is enjoyed weekly in over one hundred radio markets and iHeartRadio across the United States.

Sinbad, born David Adkins, has had a long career in comedy and corporate entertainment. In addition to his stand-up, he is best known for his role on A Different World and for hosting his Showtime at the Apollo in the 80s and 90s. Sinbad’s approach to comedy appeals to kids, families, and audiences from all backgrounds, which has earned him a Kids Choice Award and an NAACP Image Award nomination.

Henry Cho is a stand-up comedian who has made appearances on both The Tonight Show with Jay Leno and The Late Late Show with Craig Ferguson, as well as TV sitcoms such as Designing Women. Henry has earned his nickname “Mr. Clean” from his positive jokes that draw from his Southern, Christian, and Asian American heritage.

Keith Alberstadt, once called “a hidden gem” by the Boston Globe, has performed for US troops in Afghanistan and Iraq overseas. Back home, he is a contributing writer for Saturday Night Live’s Weekend Update. This comedian prides himself on his self-described “dorky” sense of humor, and audiences love his charming, down-to-earth observational humour jokes.

Scott Wood earned the title of Stand-Up Comedy Champion after winning a talent search hosted by the Improv Comedy Club. He is also known as “Mr. Punchline” for his one-liners and can churn out an impressive eight jokes per minute.

Oftentimes, you needn’t look much further for a laugh then your daily life. After all, we live in a world full of absurdity and comedy. Why not laugh at it now and then? Observational comedians invite you to take a step back, look at yourself, and appreciate what you see.

Observational comedy is the most popular type in all markets. The reason that people enjoy this type of “tell it like it is” comedy is familiarity. People love to watch a person who can take an everyday life situation and relay the story in a way that offers hope along with humor. Observational comedians are not about language or any type of trickery. They are honest, true stand-up comedians who have the uncanny ability to bring light to even the grimmest situations. Such entertainers are inspirational, intelligent, articulate, funny and extremely entertaining.

This type of stand-up comedy is perfect for entertaining all audiences because the entertainers are funny. They seek to fulfill the hearts of the audience with life experience, motivation and an optimistic view of life in general. An observational comedian is versatile, in that they can satisfy a wide range of crowds.

Michael Joiner reminds his audience how much of a frustrating experience fast food shopping can be. He jokes about the range of follies from missing menu items to lackadaisical, clueless workers. He uses the most common subjects to discuss, which broadens the range of the lives he can touch.

Jeff Allen observes and hilariously explains the trials, fears, and tribulations of shopping for a teenager’s first car. This situation comes up in the lives of every parent. He puts a comedic twist on the carelessness and lack of monetary value that some teenagers have.

Anthony Griffith takes a different approach to relaying parental budgeting and the fantastic “needs” of the average teenager. His style is on the energetic side, which gets the crowd excited and filled with urges to laugh. His personality gives off a friendly vibe, which sets the atmosphere to cool and comical.

Bob Stromberg: Walk it Off

Bob Stromberg is a little older of the observational comedians, so he shares his experiences with growing up in a different generation. In his day, parents were a lot tougher, and children were expected to endure much more. Bob provides a delightful and nostalgic observational comedy that every generation can appreciate.

A master of ventriloquism, comedy, and music, Taylor provides clean comedy for his audience with a little help from Paco.  He provides comedic performance that appeals to a broad range of audiences while focusing on clean jokes and respect for his audience.  Taylor Mason is well-known for his ability to adapt his performance to his audience. Taylor’s presentation draws the audience in and makes the audience part of the show. The comedian has experience performing on TV shows and his own variety show, as well as performing at private shows for large corporate clients including Microsoft and Wal-Mart. The performance of Paco the pig is a modern take on traditional ventriloquism from a talented comedian.

Those who would like to sit back and digest some funny memories and hear entertaining stories can book some observational clean comedy for the next event. Observational comedians have plenty to offer as they are exceptional narrators who know how to tell a story the right way. Bookings are suitable for a variety of crowds.