Bring Top Entertainment To Your Event By Hiring Most Amazing Comedians 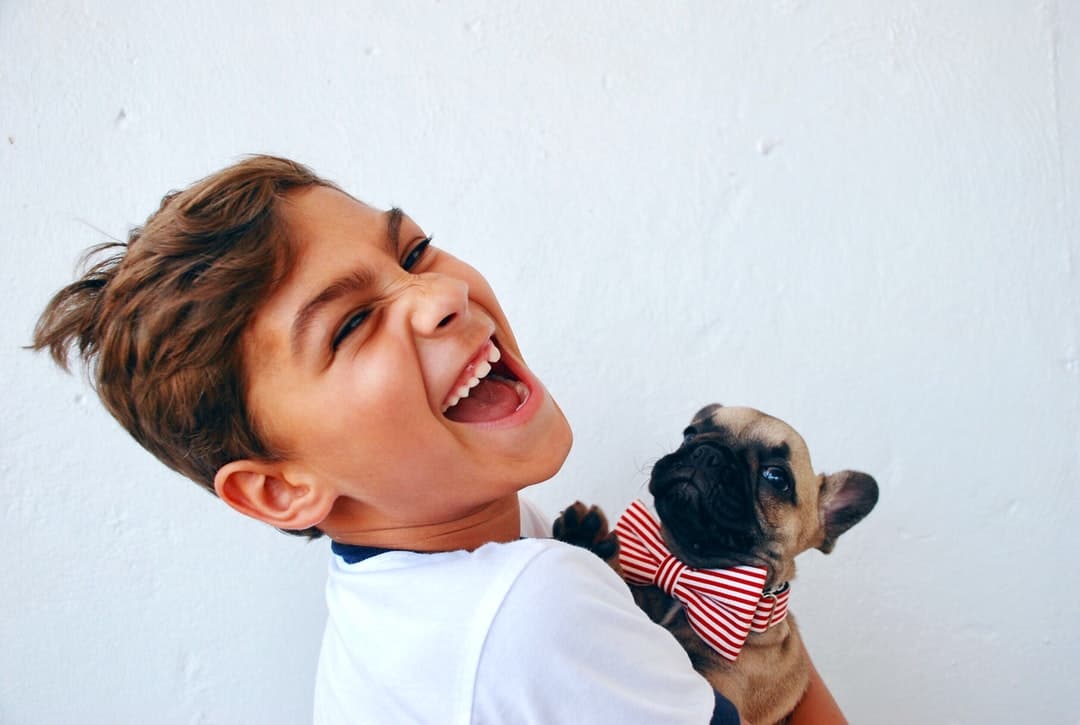 When organizing a corporate event, it’s important not to leave out the entertainment segment. As an organizer, even if you’ve taken care of the organizational aspect, your event won’t be as enjoyable without a good dose of entertainment.

Any event can turn from a special occasion to an extraordinary experience.  However, what’s the secret behind this?

It all lies in the performers you book for the event. It’s straightforward, getting outstanding performers pays off.

And if you’re organizing an entertainment event, we have exactly what you have been looking for.

In addition to its pure entertainment value, the use of humor is one of the most powerful ways to help people connect with one another, grab an audience’s attention and get a message across.

This is why picking the right kind of entertainment will make your guests more interested in your event. That is why you shouldn’t miss the chance to work with some of the most amazing comedians out there.  And in this article, we’ve picked 9 of them we think will be a great addition to your events line-up.

Max Winfrey’s brand of fast-paced, off-the-cuff style humor is what instantly wins audiences over and helps them relax. His skills as a stuntman, on the other hand, build anticipation and keep guests on the edge of their seats – never knowing what he is going to do next.

It is this unexpected mixture that makes this act so thrilling!

Another reason Max is so well-appreciated in the industry stems from the fact that he has 25 years of comedy-improvising experience. On stage, this translates into him creating hilarious situations on the spot with members of the audience’s involvement. In other words, interactive comedy at its finest!

You can get a better sense of how humor, stunts, and improvisation all come together in his act by watching this two-minute highlight reel of Max Winfrey’s Corporate Show.

Ivan Pecel has an instantly recognizable style of comedy that blends physical humor with wit-wordplay and self-deprecating jokes which always get rewarded with laughter.

His secret weapon for captivating and engaging his audiences? Jugglery – the kind which involves him blindly kicking a flaming torch over his head and tossing an ax, a bowling ball and a ping pong ball up in the air.

With over 15 years of juggling experience, Ivan Pecel is one of the most sought-after comedy jugglers in the country. Ivan presented his one-man show to a vast array of audiences from all over the world and is a favorite amongst major corporations, television, universities, comedy clubs and cruise ships.

Get a glimpse into his extensive experience so far by watching the clip below:

Taylor Mason is one of the most amazing comedians who appeal to a vast array of audiences thanks to his use of on-point observational humor that many people can relate to.

In addition to his undeniable talent as a comedian, Taylor Mason also dazzles his audience with his superb musicianship.

However, the ace in his sleeve has to be the state-of-the-art ventriloquism! The puppet characters which he brings to life on stage are an instant hit amongst audiences. His performances always instill a feel-good kind of mood, as his acts revolve around positivity and bringing people together through laughter.

Meet some of Taylor Mason’s most beloved puppets and see his incredible skills in action in the performance below.

Marty Simpson is a comedian with an incredible sense of humor and an affinity for self-deprecating humor. He loves to make fun of himself, and often he jokingly says he’s “Dr. Phil’s heavier brother.”

He has been making people laugh for many years, doing comedy shows across the entire country and working alongside Tim Hawkins, Pauly Shore, Jon Reep, and John Heffron. Once, he even opened for Dennis Miller on Saturday Night Live.

All flattery aside, the best way to get to know Marty is through his unique style of comedy. During his stand-up shows, he will get to talk about his experiences as a dad, as a husband, and as a retired high school teacher.

Regardless of what subject matter he is going to tackle, it’s undeniable he’s going to make people laugh throughout his entire show.

If you’re looking for a comedian who can put out an amazing and compelling show, then be sure to check out Harry Freedman. He is best described as a variety performer, being able to fuse both stand-up comedy with motivational speaking.

He is also a great actor, having played on numerous television shows. And you may recognize him from the popular TV series such as “Everybody Loves Raymond” and “Men of a Certain Age.”

Having so many skills up his sleeve allows Harry to put on a very masterful performance. He will motivate the audience members, but at the same time, provide them with top-quality comedy. 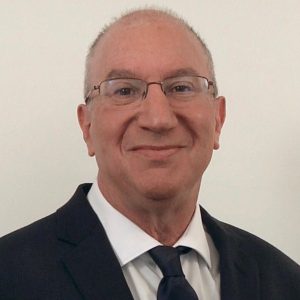 What’s better than one comedian on stage? Two amazing comedians – Nick and Alex have been a duo since day one, they are both twin brothers and have a successful partnership in the entertainment business.

One of their running jokes is that if you hire one of them, you get the other for free. They perform around the world as an entertainment act, which is bound to have the audience riveting with laughter. 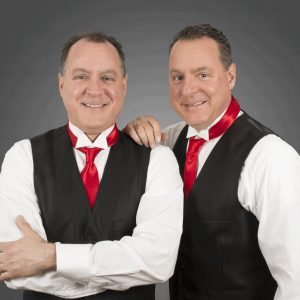 And they aren’t your run of the mill corporate entertainers either, as Nick and Alex are also incredible public speakers. They can hold compelling presentations about the importance of teamwork and collaboration.

Your guests will be inspired to hear Nick and Alex’s story of success – how they started as street performers and made their way to performing internationally.

Their show is genuinely a rocky experience, and your guests are bound to go through a roller coaster of emotions. And by the end of it, everyone will leave the audience hall more educated and entertained.

Nashville comedian Lee Hardin. He is one of the most amazing comedians in recent times.

He has had shows at some of the finest comedy clubs in New York, such as the Laugh Factory, Broadway Comedy Club, and Live at Gotham.

Most recently, he has been traveling the country and has had the chance to perform on The Mike Huckabee Show and even to have his own comedy special on Dry Bar Comedy.

As a traveling comedian, his show centers on the incredible experiences he has been through in his travels. And he’s more than excited to share them with the audience.

If you want to treat your guests with top-quality comedy, you definitely should consider having Steve Bruner to perform at your event. He’s a veteran comedian who feels right at home in the corporate environment. 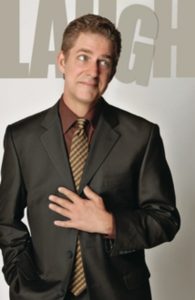 Steve has worked with big names such as Ellen DeGeneres, Rob Schneider, Bill Engvall, and many more.

Some of his most notable clients include The Bank of America, Eastman Chemical, General Mills and Disney. And while you often find him at corporate events, he’s not averse to doing club shows or performing on television.

Steve has been featured on many television shows and has even worked as a writer for FOX’s comedy series, Haywire.

There are many things to be said about Steve, but one thing’s for sure – he’s one of the most amazing comedians out there!

You wouldn’t see a former prosecutor and policeman turn into one of the most sought after comedians in the world.

However, Jonathan Perry proves that the gruffness of law enforcement can be a great source of comedy. He has so many great stories to tell, and all of them are incredibly funny. 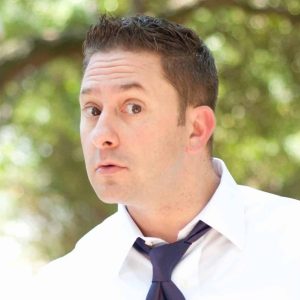 One of his most well-known comedy skits involves the story about Mr. Shuga Laka Woo Wooo – who gave Jonathan quite a headache during his policeman days.

He has had the pleasure of presenting his unique brand of “police comedy” in many settings, performing across the entire country, and having numerous television appearances.

The Most Amazing Comedians You Can Hire

Any one of the amazing comedians featured in this article has the potential to make your event stand out.

If you ever feel like your corporate event is lacking something, perhaps you should hire a comedian. We like to believe everyone enjoys a good joke.   In that case, don’t keep the audience waiting and give them the comedian they’re rooting for.

Every comedian has an individual style of humor and a set of skills. What’s important is to find the one who will deliver the most value for your event.

By adding top-shelf humor to your event’s program, you can be sure that it’s going to be a resounding success!

We encourage you to browse through our selection of the most amazing comedians and further explore your options.   If you’re serious about offering your guests a unique experience, then don’t miss the chance to work with them. All you need to do is to give us a call at (615) 283-0039, then we will be glad to assist you with all the booking procedures.