Who are the Best Nashville Comedians for Hire? 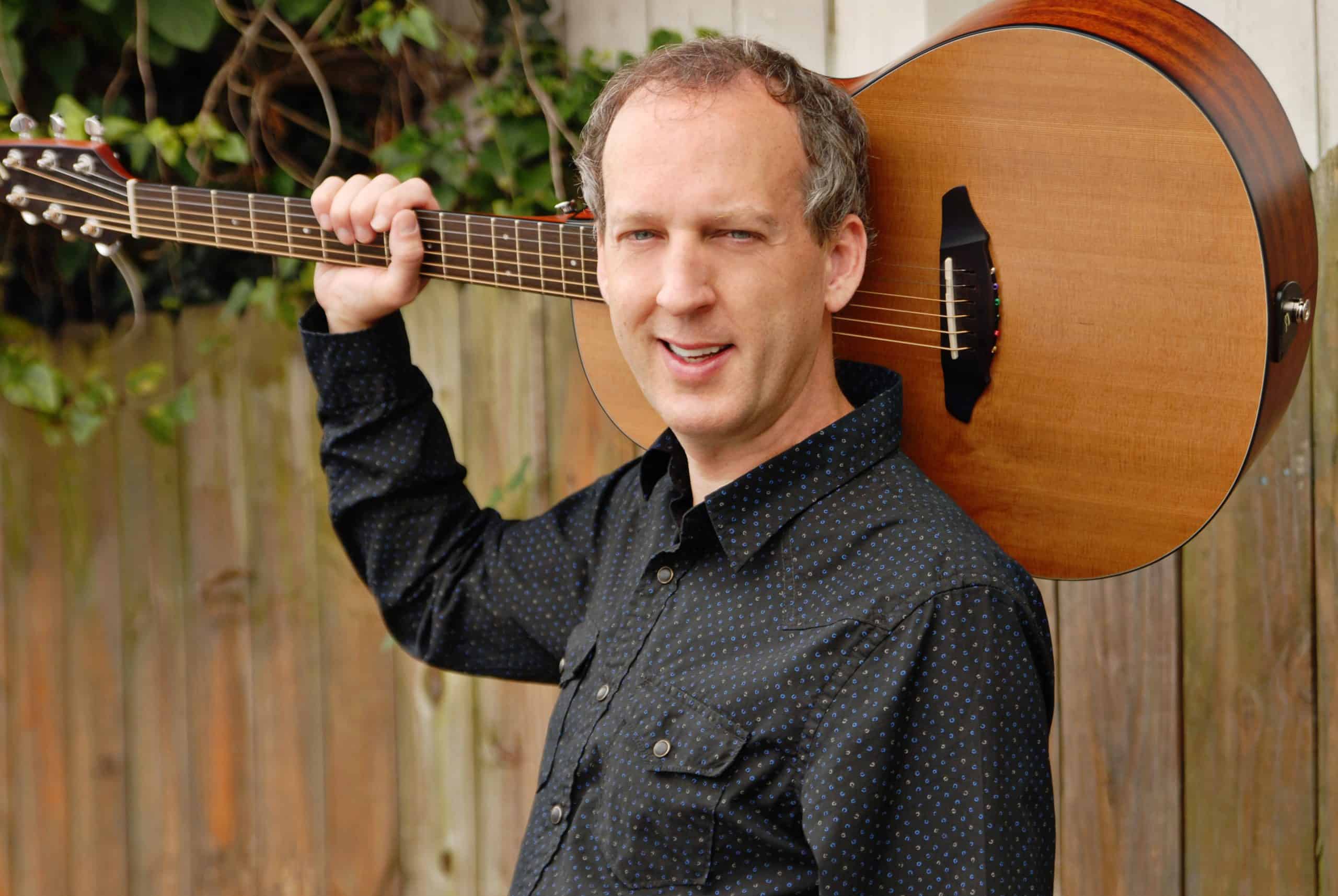 Who are the Best Nashville Comedians?

Nashville is one of America’s entertainment gold mines. Though widely known for its music industry, Nashville is also home to some humorous, lively, and genuine comedians for hire who have been cracking up crowds for years. From southern charmers to all-out comedic musicians, Nashville entertainers are hilariously good.

The fun of Nashville comedians flows from their many jokes that cover the gamut of life, talking about things like relationships, exercise, and even “the talk.” Audiences find it easy to relate to the things comics poke fun at because we’ve experienced similar happenings in our lives. Often we can’t see the humor in our situations until later, but these Nashville comics make us laugh hard now with their insightful excursions into the realm of human nature. These entertainers offer their look at life and the heartwarmingly hilarious dealings with everyday circumstances, covering everything from punching a hole in the wall to karate-chopping a lucky grandmother, from going bald to the insatiable appetite of a growing teenage boy. Drawing from their experiences, they hit the nail on the head, delivering punch lines that make us wish we’d thought of them first. Their delightful take on hilarious stories will have you rolling on the floor laughing long after the show is over.

The best humor comes with a southern slant. Nashville, Tennessee, is the epicenter of the nation’s country music and comedy, home to 1,600,000 residents across its metropolitan area. The area contains Zanies comedy club, Tennessee Performing Arts Center (TPAC), and The Franklin Theatre, where the best Nashville comedy is formed. Take a look.

Renowned for his gut-busting comedy performance, “Happy Life, Happy Wife, Revisited,” corporate comedian Jeff Allen makes a living by making faces and poking fingers. Inspired by his Midwestern upbringing and Christian conversion experience, Allen delivers droll observational humor in the tradition of Tim Allen and Jerry Seinfeld. Jeff Allen brings a unique approach to his comedy performance, using his semi-sarcastic style and quick wit to connect with audiences. Jeff touches on scenarios like kids leaving the nest, handling marriage, being a skinny kid, and lots of other topics that make you feel like he’s an old friend. Besides being a comic and appearing in comedy specials on Dry Bar Comedy, Comedy Central, Showtime and VH1, Allen has also written several books and starred in Apostles of Comedy: Onwards and Upwards. He is one of the best Nashville Performers for Hire.

Nate’s comedy is both clean and relatable, evident in his six appearances on “The Tonight Show Starring Jimmy Fallon” following four appearances on “Late Night with Jimmy Fallon.” He appeared on “Conan” four times, was a recurring guest on “@midnight,” and had his own “Comedy Central Presents” in 2011. Off-screen, Nate was part of Jimmy Fallon’s Clean Cut Comedy Tour, and has done live shows for the troops in Iraq and Kuwait five times. He regularly performs at Bonnaroo, SXSW, Oddball Comedy Festival, Sasquatch, Clusterfest, and the JFL Montreal Comedy Festival, where he’s received critical acclaim multiple years in a row.

Nate Bargatze was featured as one of Esquire’s “Best New Comedians” by Jim Gaffigan, one of Marc Maron’s “Comedians to Watch” in Rolling Stone, one of Variety’s “10 Comics to Watch” for 2015, and as #1 on Vulture’s “50 Comedians You Should Know” in 2015. His debut one hour special, “Full Time Magic,” premiered on Comedy Central that spring, followed by his debut album, “Yelled at by a Clown,” which reached #1 on the iTunes Comedy Charts and remained on Billboard’s Top Ten Comedy Charts for weeks.

Squeaky-voiced comedienne Victoria Jackson is perhaps best known for being a cast member of the NBC’s Saturday Night Live from 1986 to 1992, but she also makes film appearances. Jackson made her film debut in Stoogemania. Following college, Jackson did summer stock theater in California. From there, Jackson went to Hollywood, working odd jobs while launching her career as a stand-up comic. Jackson’s big break came from an appearance on The Tonight Show in which she recited poetry while doing a handstand. The funny lady went on to appear a total of 22 times on the enduring nighttime talk show.

John Crist on Kids These Days

With over 1 billion video views, comedian and viral sensation John Crist is the next big thing in standup comedy. Whether you know him from viral videos like “Millennial International,” “Road Rage in the Church Parking Lot,” or “Every Parent at Disney,” Crist has solidified his comedic prowess with sold out shows from coast to coast.

In April of 2019, Crist was named to Pollstar’s Top 100 Tours globally, selling over 197,000 tickets for His “Human Being Tour.” The Top 100 list is based on attendance and gross sales. He held the designation for four consecutive weeks, charting as high as #28.  It’s easy to see why John is one of the best Nashville Comedians.

Best known for his absurdist character, “The Village Idiot,” Joby Saad has performed everywhere from Mackinac Island, Michigan to Excalibur Casino, Las Vegas. Influenced by Steve Martin and Jerry Lewis, Saad excels at physical comedy and audience improvisation. His facial expressions change quicker than the weather. One critic said his show was “the smartest dumb guy comedy I’ve ever seen.” Saad customizes his clean performances to suit all lifestyles and to exploit regional quirk.

A favorite among Nashville comics, Rik Roberts, has a pleasant southern twang and takes an honest look at life, making you laugh uncontrollably in the process. Rik hales from the South, a place where the only things worse than 105-degree summers are the mosquitoes that come with them. Inspired by doppelganger Don Knots, Roberts participates in standup comedy, celebrity impersonation, keynote addresses, and songwriting. In his spare time, he teaches a new generation of clean comedians at his “School of Laughs.” Roberts is often hired for his imposter speaker routine, where he arrives as an ostensible expert lecturer, only to fall apart halfway through his PowerPoint presentation hilariously. With his unassuming realism, he’ll pick up his guitar and start singing a song that you truly get, like “Just a Guy.” Roberts has been on Great American Country and has three CDs.  If you are looking for comedians for hire, you won’t want to miss this genuinely funny comedian.

Leslie Norris Townsend is easily one of the funniest, most entertaining Nashville comediennes working today. Leslie 30+ television appearances include Comedy Central, A&E’s An Evening at the Improv, and sketches seen on The Tonight Show with Jay Leno.

As a teenager, Leslie lost her mother to cancer and father to alcoholism. Left to raise her younger siblings, she never lost her positive outlook. She went from food stamps to Star Search grand champion finalist, with $100,000 within her grasp. Devastated that she didn’t take home the Grand prize, it wasn’t until years later that Leslie saw that God had bigger plans. Her dramatic story will motivate and inspire all.

“I’m an Asian-American with a Southern accent,” says Henry Cho, who was raised in Knoxville, Tennessee. “Too many people, that right there is funny.” Cho has a simple motto: “Be funny and keep it clean.” His work airs weekly on XM Radio’s Channel 151, Laugh USA, and other syndicated radio programs. Cho travels the country delivering keynote addresses, standup routines, and acting in television sitcoms.

Paul Aldrich’s pure comedy is pure gold. Always aided by his trusty guitar, Aldrich puts audiences in stitches with his humorous covers and musical skits. His stage career spans more than 25 years and 13 musical recording projects, including his award-winning album, “Mock and Roll.” Aldrich describes himself as a “humorous songwriter” and often performs in churches, comedy clubs, and fundraising events. He is Nashville Entertainment at its best and one of the best comedians for hire.

Poking fun at himself, Keith Alberstadt is all at once witty and charming, as he embraces his “inner dork.” With a natural style of delivering laughs, he puts the truth out there in a way that you can relate to, discussing hair loss, current news, and lots of other great topics. Alberstadt has entertained US troops and also writes for SNL’s Weekend Update.

Brad Stine and how to drive the American way. - Dry Bar Comedy

There’s something wrong, and Brad Stine is here to make sure we know it. Hailed as “God’s Comic” by New Yorker magazine, Brad Stine has a real knack for getting to the heart of what’s bothering us and easing that burden with a fantastically caustic wit.

Lee Hardin has been touring the country relentlessly, performing in comedy clubs, churches, corporate events, and once on a farm for prisoners. His work on the road paid off in 2019, with the release of his Drybar Comedy special , “Not Quite A Grown-Up”, which is available to watch for free on the Drybar Comedy app.

His quirky and clever approach to comedy, and his stories about Taco Bell, and being an only child with bunk beds, have led him to share the comedy stage with acts like Henry Cho, Ryan Hamilton, & Nate Bargatze. Lee has also been able to perform as a warmup act for The Mike Huckabee Show.

Jonnie W. represents an anomaly – an artist whose show needs to be experienced LIVE. Combining music, off-beat standup, and a skewed view of the world unfolding around him, Jonnie crafts a comedy experience that you and your family will be quoting in the car on the way home. He’s brought the funny to stages in 48 states – from comedy clubs to Fortune 500 companies, churches and leadership conferences. Jonnie’s award-winning comedy is played daily on Sirius XM Satellite Radio, and has been featured in WORLD Magazine.

Almost anyone can relate to the full range of everyday issues that these Nashville comics explore on stage, from family to friends to health. With their distinctive ways of hitting home with their audience, each of these comedians has a personal take that will keep you laughing long after the show is over.

Thankfully, Nashville comedians are not restricted to their hometown of Music City. Many regularly tour the United States, performing at corporate events, churches, fundraisers, and private showings. Their acts are tailored to fit an intimate audience of 50 or stadium crowds of 500. Why not consider booking Nashville comedy for your event?