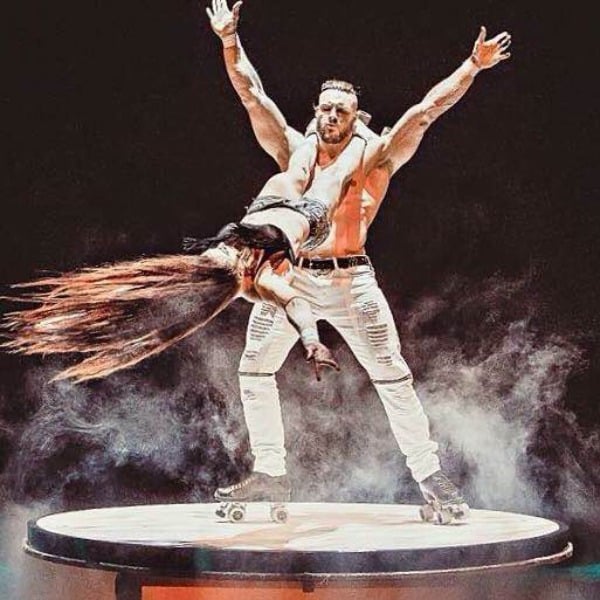 Corporate events can be a perfect opportunity to make a lasting impression on your guests. And often, hiring a professional to take care of the entertainment is the best way to go at it.

If this sounds tempting, then you’ll surely be interested to know what kind of entertainers you should be hiring.

Multitalented entertainers who are at the top of their game are pretty rare to come by – if you don’t know where to look. Luckily for you, we’re set on making your job of finding top entertainers for events a breeze, which is why we’ve put together a list of amazing artists for you to consider.

What makes these entertainers stand out from the rest is their ability to make audiences laugh out loud and keep them on the edge of their seats – all within the same performance.

We will showcase 8 of some of the top performers in the industry and how each one of them can be a perfect fit for your upcoming events. Stay tuned!

RePercussion reminds us of the times when we were little and would hit pots and pans with sticks thinking we were beating on drums. However, they took this concept to the next level, creating an entire orchestra from unusual percussion instruments.

RePercussion brings the experience of stadium rock and electronic music to the stage – your guests will love it!

Their passion for adrenaline and relentless drive pushes them to create some of the most elaborate, atmospheric, and downright dangerous acrobatic performances.

They are among the most in-demand top entertainers and have toured the world together and have showcased their acts on numerous television shows – most notably, on America’s Got Talent, where they captured the hearts of both viewers and judges.

The world’s top performers are those who can make audiences laugh and have a good time. And they don’t need any elaborate props of stage antics to do so. This is the kind of entertainment Oz Pearlman goes for!

Sure, a one-man-show is different from a more extensive life circus act, but it’s the result that matters. And on that front, Oz never fails to deliver.

He’s a magician, known worldwide for his incredible acts of mentalism and off-the-wall sense of humor. It is often said that seeing is believing, and in Oz’s case, you wouldn’t want to miss his mind-blowing performance. 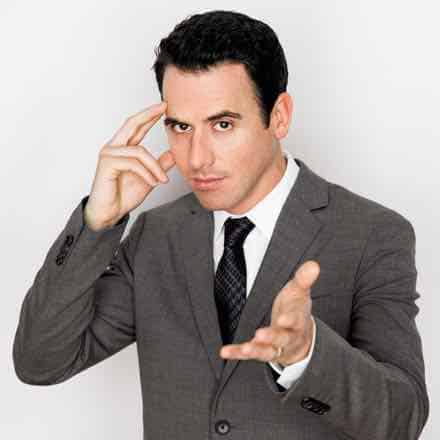 Starting as a circus group, the Sandou Trio ended up becoming one of the most in-demand specialty acts from Las Vegas. Their incredible performances have landed them many accolades and thousands of adoring fans.

The Trio has had the chance to perform at many important events worldwide and have headlined numerous festivals.

However, whether they are performing in an arena or front of a private audience, they never shy away from performing the most breathtaking stunts.

V. Unbeatable is a dance group, which, as of late, is one of the most highly respected acts in the industry. This mega crew comprised of almost 35 members performs some of the most jaw-dropping dance moves ever seen.

The group was founded in 2012, but have been on a roll so far. They have had successful appearances on India’s Got Talent, Dance Plus, and were even the finalists of America’s Got Talent.

Harrison Greenbaum has been dubbed “the hardest working man in comedy,” but the main reason we’ve included him in this article has to do with his original style as an entertainer.

You see, during his performances, Harrison brilliantly combines razor-sharp comedy with magic tricks which often get the audience directly involved as well.

Keeping that in mind, it should come as no surprise that Harrison is one of the most in-demand comedians working today – performing at more than 600 shows every year. Watch him perform in the video below, and you’ll get a better sense of why he is so widely-requested:

Comedic mentalist Lioz Shem Tov became an Internet sensation thanks to his performance on America’s Got Talent – that many are calling the funniest audition in the show’s entire history.

Part of his success can be credited to his extraordinary ability to leave his audience laughing hysterically – and making it seem like it was not his intention to do so.

If you want to give guests at your upcoming event the chance to see something they’ve never seen before, then consider booking Lioz Shem Tov.

In case you’ve haven’t already watched Lioz’ AGT audition, here’s your chance to do it now:

We couldn’t talk about multitalented top performers without including The Danger Committee. That’s because their extremely complex acts combine juggling and knife throwing stunts with spine-tingling thrills and hilarious comedy.

It’s this one-of-a-kind blend of the hilarious and the dangerous that have turned The Danger Committee into one of the most buzz-worthy acts in the country.

So, if you want to make sure that your choice of entertainment will be talked about for years to come, don’t hesitate to book The Danger Committee for your event today.

In the video below, you can watch this fantastic trio perform unbelievable feats of amazing skill while also raising the bar when it comes to audience engagement.

The Danger Committee In Action

Have the World’s Top Entertainers on Your Stage

Entertainment is perhaps one of the most critical aspects when organizing an event, and if you want to get it right, you wouldn’t want to miss the chance to work with some of the best entertainers out there.

Nowadays, event attendees have a myriad of distractions in the palm of their hands – and the best way to compete with that is through top-notch entertainment.

If you’re looking for a safe bet when it comes to entertainment, you don’t have to look any further than the top entertainers featured in this article. For any questions about booking them for an event, contact us at 615 283 0039.