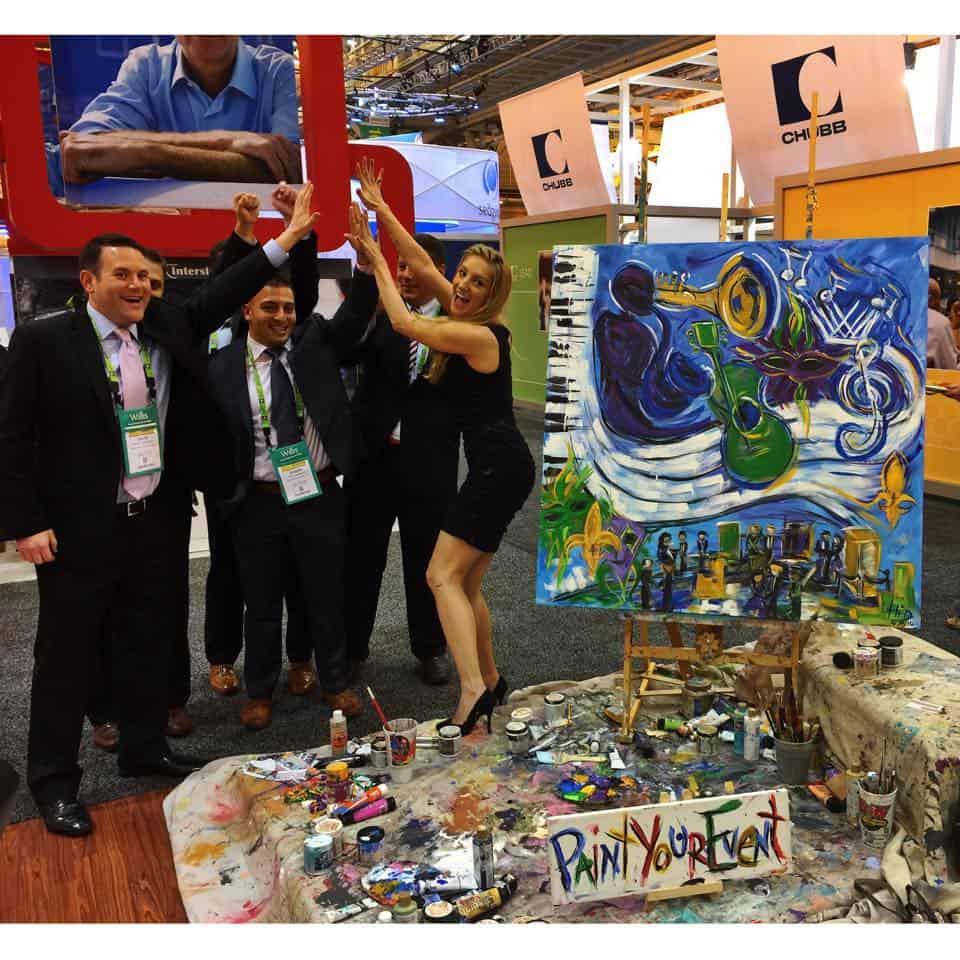 At any trade show, vendors need to do everything they can to stand out. They want to attract visitors to their booths to purchase their products or services. Coming up with trade show booth ideas attract visitors can be a challenge, especially for business people who are more interested in their products than marketing and promotion. For those individuals who are looking for unique trade show booth ideas attract visitors, a comedian, live painter, strongman or magician with a distinctive look or act can help to make a booth the place to be at a trade show or convention. Business owners just want to make sure to choose the right comedian because a comic with too much blue humor or an unoriginal act could cause potential customers to leave a booth or trade show. There are some comics out there with dynamic personalities and acts that are sure to make a splash at any trade show. 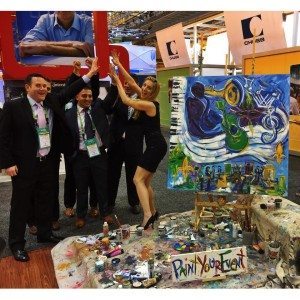 Armed with just a brush, canvas, and paint, Nashville’s own Heidi Schwartz impresses crowds with live painting of events, at the banquets, weddings, fundraisers, bridal showers or business functions. Originally from Ohio, she started drawing at a young age and eventually developed many paintings. The artist’s use of bright colors and incorporation of abstract objects and symbols makes her work original. After any event, she gives the picture to the client as a special memento.

John Van Der Put, aka. Piff the Magic Dragon, may perform magic tricks as a dragon character and feature his dog Mr. Piffles in his act, but his shows are meant more for adults than children. Originally from the United Kingdom, the comedian and magician did a six-month residency at the Cosmopolitan Hotel in Las Vegas and has performed everywhere from Radio City Music Hall to Sydney Opera House. He appeared on Penn and Teller’s “Fool Us.” He has also been named the 2013 Magic Circle Stage Magician of the Year. The magician wows audiences with tricks such as levitating and getting himself out of a straight jacket.

Adam Trent engages his audiences with a combination of music, dance, humor and card tricks. He is often described as “Justin Timberlake meets David Copperfield” because of his range of abilities and good looks. During his performances, he often brings audience members into his act. He started doing magic tricks and dancing at age 9 and by the age of 15 was performing all over Colorado. He has performed in over 300 shows, in countries throughout the world and won the P.C.A.M. Pro Magic Challenge three times. The performer has also appeared on the Travel and Syfy channels, “The Joan Rivers Show” and the Disney Channel’s “Shake It Up.” He is a member of “The Illusionists Tour” which the New York Times calls “A High-Tech Magic Extravaganza”.

German magician Simon Pierro has become known as the “iPad magician” for his incorporation of technology into his act. He was named the Magic Circle of Germany’s 2002 Magician of the Year and has also won an award at the World Championships of Magic. On YouTube, he has gotten over 80 million views for videos such as “iPad Horror.” He has appeared on TV shows around the world, including “The Ellen DeGeneres Show.” In his act, he brings tricks such as shooting “Angry Birds” characters out of an iPad and pouring beer into his tablet.

Steve McGranahan is proud to call himself  the World’s Strongest Redneck. The comedian and strongman has been making others laugh since high school when he was struggling with a learning disability that made school a challenge. Originally from North Carolina, the comedian can lift up to 585 pounds and has also run marathons. He appeared on CMT’s “Country Fried Chicken” and the Discovery Channel’s “Fat N Furious Rolling Thunder.” The comic amazes audiences with tricks such as bending horseshoes into heart shapes and ripping decks of cards.

When business owners need trade show booth ideas attract visitors, performers can be an interactive way to engage different types of audiences at trade shows or conventions. A comedian, magician, singer, painter or multitalented entertainer can help to make any event fun and unforgettable and bring increased traffic to any booth or section.