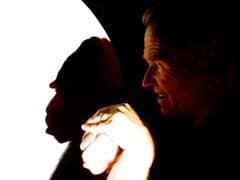 Funny Comedian Bob Stromberg has been a comedy performer and illusionist for over thirty years. He is known for his Unique Comedy and appearances on the awarding winning TV comedy ‘Bananas.’

“Stromberg is a bit like a cross between Bob Newhart and Garrison Keillor,” according to The St. Paul Pioneer Press. Stromberg, who has also been compared to Dick VanDyke, finds himself in the good comedy tradition of comics who rely on observation and imagination rather than cheap laughs through vulgar language and sexual innuendo.

In the entertainment world, season after season, baseball analogies endure.  In Comedian Bob Stromberg’s case, year after year, he is called,“A Real Pro!”… “A Grand Slam!”… “A Homerun!”  Ask any number of companies like Comcast, United Way, BBC and General Mills, as well as non-profits like Willow Creek, Youth Specialties, Focus on the Family or Promise Keepers (speaking of packed stadiums) and they’ll tell you that he “connects” every time.
Listen! Your special event is important.  You cannot afford to hire someone who may repeatedly hit foul balls and then strike out. You can’t afford someone who doubles and almost makes it home. Bob Stromberg is A Seasoned Veteran Comedian  with an arsenal of comedic gifts and skills.  Whatever your event, he will knock the ball out of the park.

Clean comics like Stromberg provide a good laugh at human weakness and everyday difficulties of life on Earth. Pure comedy leaves you feeling physically and emotionally healthy, ready to tackle the real problems of everyday living.

Clean Comedy! What a concept! People say, “It must be hard to be clean and still be funny.” Here’s the truth. It is not hard to be clean. Being funny is hard. It takes years of practice and thousands of shows to learn how to make people laugh and, at the same time, feel good about what they are laughing at. Clean comedy does not mean that there are subjects you cannot talk about. You just have to be magnificent. Check out Bob Stromberg’s “My Fifty Year Checkup.” Yep… It is about the colonoscopy. It is clean, and it is hilarious!

Stromberg strives to connect with his audience by breaking down common walls with laughter using his unique, personal style of clean, unique comedy. He has performed for by organizations such as United Way, Winnebago Industries, The American Cancer Society, and Promise Keepers and has always been seen as the highlight of these events. He has performed as a speaker, comic, storyteller and even shadow master.

Bob has also performed at over 5,000 school programs as well and offers an excellent opportunity to students, parents, and teachers to bond over his material. Whether it is laughter, motivation, or inspiration, Bob is sure to put on an enjoyable show for all. Whatever the job, Mr. Stromberg strives to do his best to provide the client with whatever performance they need for their event.

Acclaimed clean comedian and performance artist Bob Stromberg captivates audiences with his presentation of “The Rabbit and the Hound,” an original story told in three acts. The performance revisits his childhood imagination as his “shadow buddies,” ranging from a nose-twitching rabbit to a gratified gorilla, come to life through powerful shadow puppetry and narration.

Who remembers their family’s awful collection of slides, that annoying bunch of photos that reminds us how awkward our clothes and hair were? Bob Stromberg adds a hilarious soundtrack to his own family’s vintage slide collection of sometimes out-of-focus, scorched, or just plain weird moments captured for posterity – and perhaps blackmail opportunities. There are beehive hairdos, goofy grins, odd relatives, and double exposures that cannot be classified under any heading other than “What The Heck is This?” He takes you on a cheerful and funny stroll through his family’s wonder years! You might recognize your family in his.

Those who know comedian Bob Stromberg know that this clip is typical of his delivery and personal message. Using his unique comedy and creative abilities and style to relate to his audience through clean comedy, Bob Stromberg does not just want to make you laugh; he seeks to improve the health and dynamic of the groups he performs for. For Bob Stromberg, it is about bringing people together and forming a strong, bonded community through laughter and shared interests, breaking down communication barriers and delivering the message needed for a particular group or event. This unique delivery makes him an incredible motivational speaker in addition to a fantastic option for anyone looking to book funny comedy.

Stromberg’s unique humor catches you utterly by surprise. In a world where humor is so often offensive, Bob brings unexpected bursts of laughter and Surprise Humor from a pure source that surely everyone can enjoy.

Uplifting and wholesome, Stromberg’s stories leave you wanting to hear a lot more. A gifted writer, the realities of life pour out of him, and his greatest gift is knowing how to laugh at himself—and you—with unforgettable and priceless facial expressions.

This hilarious video featuring Bob Stromberg offering his DVDs and book to the audience is brilliantly complete. Again, his elements of surprise and delight are pure genius as he tempts the audience to want more of his good clean humor. Making people laugh at him (and more importantly at themselves) is a gift. Bob has the gift.

Groups who are looking for wholesome entertainment are lucky to be able to book Stromberg for their events. His audiences go away happy, laughing and feeling good about life in general. In today’s world, those things are often missing. Bob can bring them back for the duration of the event and for as long as anyone will let themselves feel the glow.

Bob Stromberg has been bringing together and inspiring audiences of all ages for more than three decades with his trademark style of unique comedy. His clean comedy showcases different elements, including standup, storytelling, and hand shadows. Stromberg is also a successful actor, speaker, playwright and best-selling author.