What does a Village Idiot know about comedy? 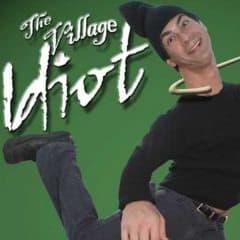 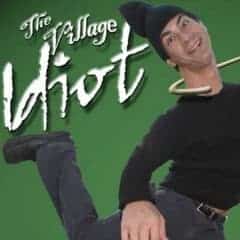 Joby Saad is a refreshing face in the world of comedy. In a time when many of the stand-up comedy regulars think every other word has to be dirty, and the jokes provide graphic details in poor taste, this Village Idiot chooses to offer the audience some good, clean fun.

If you thought it was impossible to get belly laughs from clean humor, you haven’t watched Bananas Comedy with Joby Saad, Villiage Idiot. Saad is a comedian who captivates his audience from word one with off-beat jokes, balmy facial expressions, and hysterical physical humor. Saad forgoes sexual innuendo and foul language for a purer form of humor which addresses such topics as the horror of hairy ice cream and the vanity of an overly dramatic man trying on  pants in a dressing room. Viewers will be reeled in by Saad’s fresh and unexpected punchlines as well as his over-the-top facial expressions, which seem to metamorphosize every other moment to something even more grotesquely outrageous.

Joby Saad grew up in Nashville and was captivated by magic as a child. Experience taught him that being a magician was not his calling, but getting laughs definitely was.

Can a Village Idiot Entertain?

As an adult, Saad moved to Los Angeles to pursue a career in comedy. While in California, , he founded a production company called Village Entertainment. In a series of natural yet humorous events involving his forgetful roommate and some poorly orchestrated phone calls, Saad found his comedic niche as a self-proclaimed “idiot.” This title did not emerge not because he lacks intelligence. On the contrary, Saad possesses the where withal to lay every ounce of his being on the line in an effort to deliver unique comedy. Deliver he definitely does; Saad now stars in his own TV show, “Vidiots,” a quirky family program set in a village filled with bicycles, horses, and absolutely no pollution. Critics have affectionately labeled him the “American Mr. Bean.” The L.A. Times, impressed by Saad’s endless parade of off-beat characterizations, refers to Saad as the “man of a thousand faces.”

Joby Saad: How About Some Good, Clean Fun?

Husbands can take their wives out on a date night and not have fear of major embarrassment. Sisters can head out for a girls’ night out without turning away in disgust. This is the kind of show that Mom would enjoy, one that is sure to have everyone laughing before the end of the night.

When it comes to venues that hold high standards concerning the quality of their acts, Joby Saad definitely rises to the level of expectation. His easy-going, cheerful attitude invites everyone to come along for the ride as he shares tales of the everyday life that we can all relate to. His facial expressions, his role playing, and humorous comments all combine to make you laugh harder, looking forward to whatever is coming next. It’s reassuring to know whatever Joby pulls out of his hat, it won’t be X rated.

Joby is known as a physical comedian and ranks as one of the best. It is perhaps his love of Harry Houdini and the world of magic that prepared him to be a first rate comedy act. He began by putting on magic shows, becoming skilled at using drama and theatricality in his act. When he could not pull off a trick, Joby started going for the laughs and he hasn’t stopped. His heroes include the Marx Brothers and Charlie Chaplin. Come to a show and you’ll see their influences in Joby’s routine. While in Los Angeles, Joby attempted to establish a business, Village Entertainment. His roommate was supposed to answer for the business, but would always forget. One time, when Joby called him an idiot, the caller asked for the Village Idiot and the name stuck.

Sit back, relax, and feast your eyes on brilliant Joby Saad as he takes you on a whirlwind ride through his world of craziness and village idiocy in “Bananas.” You’ll love watching this master entertainer’s face transform from one outlandish expression to another. You’ll delight in the snappy presentation of his twisted, left-field humor. You’ll remember how funny is supposed to be: clean, pure, and effortlessly enjoyable.

Watch a Joby Saad show and prepare to be amazed by his physical stunts, the way he can make his face contort into goofy expressions, and his pantomime routines. He often relies on silent bits in his act, a moment when his body, actions, and face take over, with no need for words. Audiences are practically rolling in the aisles when he performs one routine that involves pants. Who would ever think such a prop could mean magic in the world of comedy? Yet Joby pulls it off, literally as he strips off one pair of pants after another. Each time that a new set is revealed, Joby takes on a new persona and everyone can’t wait to see whom they will meet next.