Why You Should Know More About Dry Bar Comedy

Dry Bar Comedy is a comedy club from Provo, Utah, which has struck gold in the online sphere. When the club was founded, the concept of a regular series of comedy specials was something new.

VidAngel, the company behind Dry Bar, would capitalize on this and come out with crisp and professional videos of the stand-up comedy shows which would take place at the club. 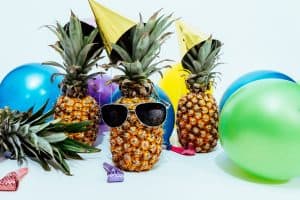 The concept caught on fast, and now Dry Bar would be one of the top entertainment platforms, receiving large amounts of online traffic.

It’s undeniable Dry Bar Comedy has done many things right to set itself up for success. And in this following article, we will showcase why it is important to know more about the platform to learn a few valuable lessons.

Streaming services were starting to get some traction with industry giants such as Disney+, Netflix, HBO, and Comedy Central getting in on the action.

Dry Bar effectively launched during the boom of this internet phenomenon and was quick to take advantage of the opportunity. The platform would have an immense library of content which would be at the fingertips of its users.

All the shows which would take place at the live venue would be uploaded to YouTube for free so that anyone could catch them.

For example, Cory Michaelis has recently had a stand-up routine at the club, and his show was featured on YouTube.

He’s a very prolific comedian, who likes to joke about social issues and make fun of the absurdity of some day to day situations. Even without the jokes, he would still be a fascinating entertainer to watch as he is very energetic on stage.

Unlike its competitors, Dry Bar banked on exclusivity. Their content would only be related to comedy. And they would have enough to satisfy everyone’s desire.

If users wanted to see more shows from their favorite comedians on the platform, they had access to the premium content Dry Bar Comedy had to offer – all at the lowly price of one dollar.

On their YouTube page, you can watch an entire routine from comedy genius Moody Molavi. Be prepared to laugh hysterically, as his jokes always hit the right spot!

Come Fly With Me. Moody Molavi

Having a well-thought marketing strategy is one thing, but a business needs quality material if it wants to stand on its feet. Dry Bar had no shortage of that, and in fact, it has some of the highest quality content on the internet.

The platform has been very appreciated for the incredible comedians it gets to host and has even been commended for the modern and highly professional production values.

See it for yourself, by checking this following video from Fred Klett. He is a very socially aware comedian, and he likes to make jokes about the differences between men and women.

You can see Dry Bar’s comedy is something else, as it is very diverse, spanning across many genres and having an inherent appeal towards a wide variety of viewers.

People could be very picky about their entertainment. But whatever type of comedy they are looking for, it’s a high chance they can find a comedian on the platform who is just perfect for their tastes.

With that in mind, we highly recommend watching Reno Collier‘s stand-up show as we guarantee you will be immediately hooked. During his shows, he likes to tell funny stories from his family trips across the U.S.!

The way an online platform could climb to the top of the entertainment industry overnight shows that entertainment sells. And the platform’s success story should serve as a valuable lesson for many business owners and entrepreneurs.

Any event which has an entertainment segment has the chance to become a special occasion. And if you want to work with a professional talent agency to provide you with the right type of entertainment, then we’ve got your back!