Adam Trent – One of The Best Illusionists of Our Time 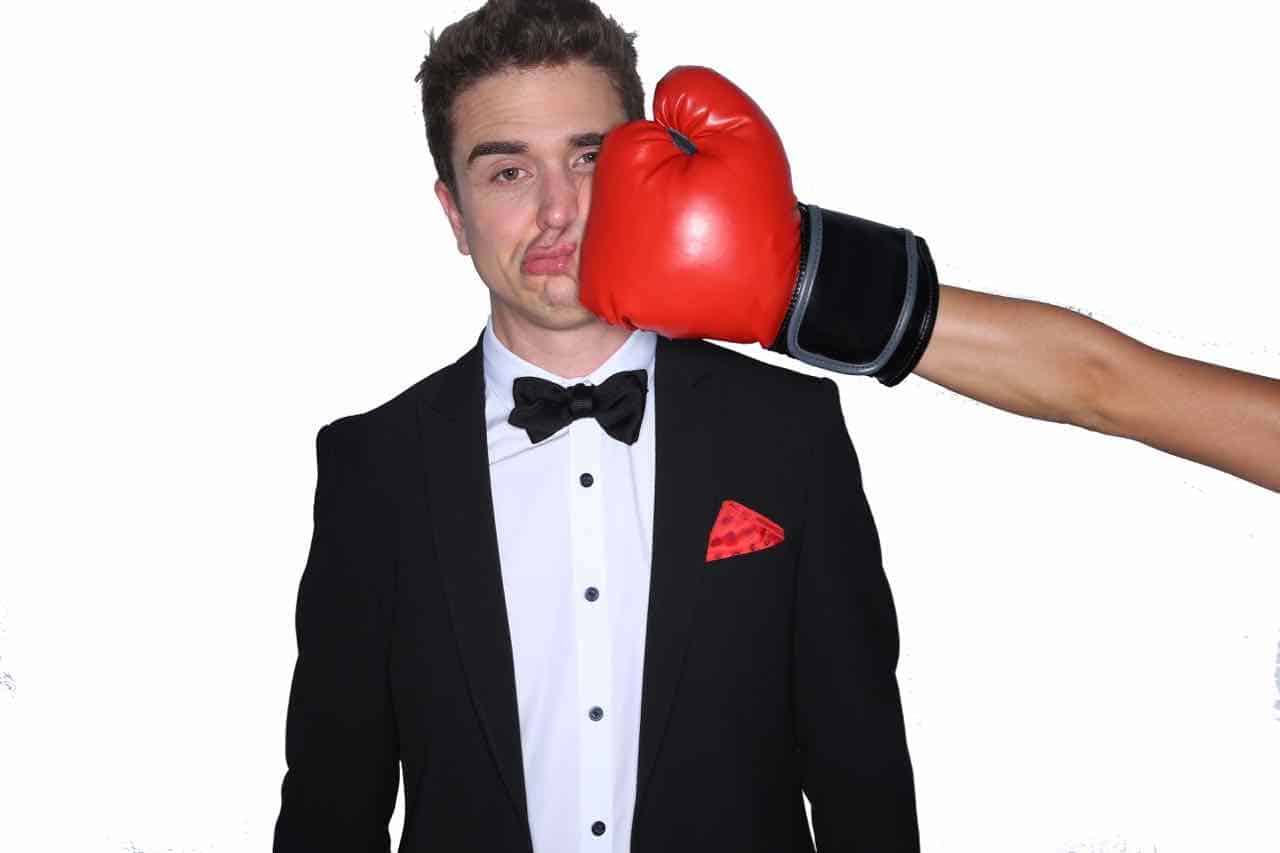 Looking for audience engagement for your event? Concerned that your event will not be memorable or exciting for your group? Do you want entertainment that will leave your group engaged and full of laughter? If you are looking for entertainment for your next corporate event, look no further than Adam Trent is a man of many talents. He is the one-of-a-kind entertainer you need to make your next event the one everyone will be talking about. As a self-taught American illusionist, singer, and comedian, Adam will make any corporate event a success. Your event will be filled with laughter, spectacle, and inspirational moments that will leave your guests wanting more. Adam combines comedy, singing, dancing, tricks of illusion, and so much more.

Entertainment is the key to a successful event  – you know this.

The good news is there are many different types of entertainment out there. However, some can come off as being repetitive or simplistic. If you want to organize a special evening, you need unique entertainment – and an illusionist act fits the description.

That is, one of the best illusionists of our time Adam Trent. Here are four reasons to convince you.

Adam knows there’s more to magic than pulling rabbits out of hats. As one of the world’s youngest award winning illusionists, he is single-handedly shaking up the future of magic. 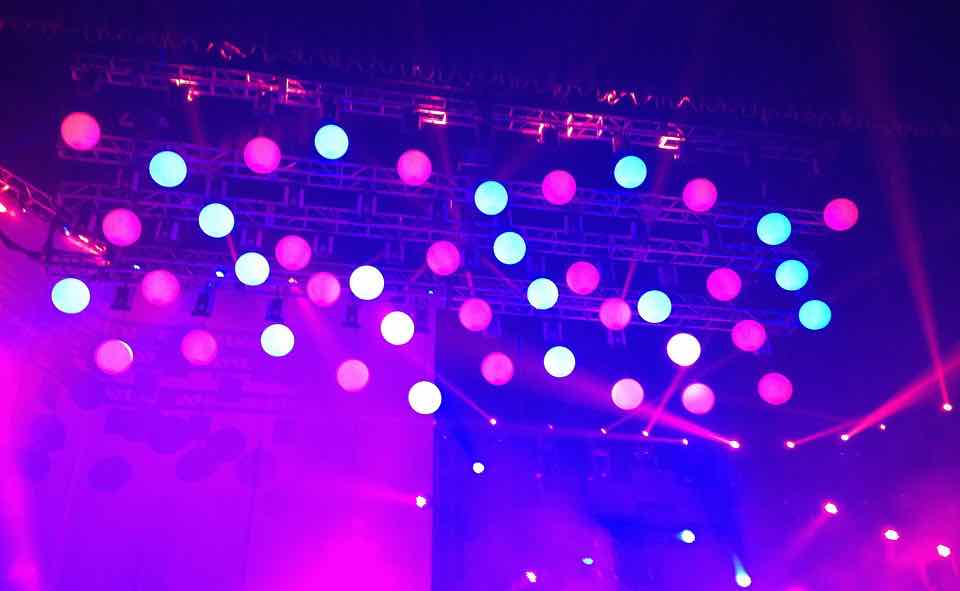 He Can Entertain Any Audience

Adam has been performing ever since he was a teenager. He has done it all from birthday party shows to corporate shows and street performances.

His extensive experience allowed him to understand the public’s psychology.

He has performed in front of many different types of audiences. As a result, he knows how to trigger people’s attention and maintain their interest throughout the show.

Your audience will not be able to keep their eyes off of him. That is because Adam Trent has a unique and versatile act.

His show is an exciting mix of magic tricks, stand-up comedy, and music. This multiple layer structure allows him to address to a broad public audience.

Those who dislike stand-up might be into magic and vice-versa. Therefore, no one will get bored during Adam’s performance. Here’s a sample of what he does:

He has Got Humor: Lots of It!

One of the best things about Adam is his attitude. When you go to a magic performance, you want to be amazed and puzzled. Trent gives you more than this. He also makes you laugh while you are at it.

His mind-blowing tricks are accompanied by puns and jokes. Who says you cannot laugh your head off during an illusionist’s show? Adam’s original act combines the art of magic with contagious laughter. This unique feature makes his show suitable for any audience.

His Show Is Dynamic

Adam’s not just making a magic demonstration. His act is a complex experience that appeals to the public in many different ways. With Adam on stage, you cannot only sit in your chair and look down at your phone.

His dynamic act makes you want to get up and dance – literally. This show comprises many musical moments. There’s a lot more than magic going on stage. Adam dances and jumps around while he carries out stunning tricks.

Adam Trent Is an Entertainment Rockstar

Whoever likes illusionism knows about Adam. He’s one of the pillars of the new generation of illusionists. He starred in the famous Broadway show The Illusionist, an appearance that brought him worldwide recognition.

He’s a constant presence on popular TV shows. Some of his most notable TV appearances were on America’s Got Talent, Ellen and Good Morning America.

Adam is one of the most prominent and successful illusionists out there. He is constantly touring; Adam has more than 300 shows per year.

You can make sure he will work his magic on your event as well!

Adam Trent is not David Copperfield

He is not your father’s Siegfried and Roy or David Copperfield.

Nor is he the next coming of Doug Henning or David Copperfield. And he is not Criss Angel or David Blaine.  Like David Copperfield, Corporate America has discovered Trent, and the results have been spectacular.  He has appeared at corporate functions to provide his one-of-a-kind blend of humor, song, dance and magic.

Adam has developed a unique blend of entertainment combining the immense talent of an ingenious magician, clever illusionist and family-friendly comedian. Trent stands apart from other magicians and illusionists of his generation. With his boyish good looks, offbeat sense of humor and appealing charisma, the witty Trent appeals to all ages and is a rising star in the entertainment field.

Trent, who has been described as a cross between Justin Timberlake and David Copperfield, has entertained thousands in 19 countries. US News & World Report lists Trent as one of the “10 Most Influential Youths in the Nation.” Trent also has been featured on The Disney Channel program “Shake it Up.” As a teenager, Trent was honored as the youngest and only entertainer to win prestigious PCAM Magic Competition medals in back-to-back years.

Adam  is an international-award winning corporate magician, whose reputation as a first-rate corporate entertainer continues to grow.

The Future of Magic is Adam Trent

He ant is an expert in up-close magic, and in this video he demonstrates this talent by slowly dismantling a common household clock while rattling off common idioms and tropes about time. The audience watches, rapt as he strolls masterfully around the stage. One of Adam’s most striking characteristics is his versatility as a magician: He is able to pull off dazzling tricks and jaw-dropping spectacles worthy of  a Las Vegas headline entertainer while exuding charm and affability. While he may keep tricks up his sleeve, Adam keeps the audience firmly in the palm of his hand.

It is truly Adam Trent’s time to shine as the future of magic. He continues to enthrall new audiences of all ages with his unique brand of magic. He is breathing new life into the art of stage performance, with innovative tricks charged with emotion and meaning. Adam’s shows have received glowing reviews from CBS, and Mania TV raves that Trent is “truly unlike any magician working today!” With his dynamic approach and ability to connect with audiences of all ages, Adam is ushering in a new era of illusion and spectacle. See for yourself: The future of magic is here.

Magic Videos that Will Blow Your Mind

Audience engagement is critical to corporate events, and Adam knows how to make your audience feel like they are enjoying a night out. He invites audience members on stage to perform magic tricks and to be assistants to his antics. At the same time, he continues to engage the entire audience, mesmerizing them with his magic tricks and giving them something to laugh about.

Why we love the illusions and comedy of Adam Trent

These magic videos showcase Adam’s talent as a performer. Adam creates an event like no other. He engages the audience in interactive comedy as he invites volunteers to participate in his hilarious stunts. Whether he is using a volunteer to show off a magic trick, making individuals dance around with him or making someone do the Macarena, Adam will provide a night full of laughter. His self-taught abilities as an illusionist will have the audience wondering, “How did he do that?” and laughing at the same time.

Never before has a comedian accomplished motivating individuals while making them laugh and pull at their heart strings all in one moment. Adam provides a time of reflection on life, giving the audience points to consider, followed by even more laughter. There is never a dull moment during Adam’s shows.

Do you want one of your group members to become a puppet? As demonstrated in popular Adam Trent magic videos, he will do just that as he welcomes an unsuspecting volunteer to put his hands behind his back and become Adam’s personal puppet. Your audience will not know what to expect next, as Adam performs one trick after another, dances around the stage with volunteers and makes the audience erupt with laughter.

Adam is one of the artists we are proud to represent. If you want to book him for your next event or if you have more questions, feel free to get in touch with us.