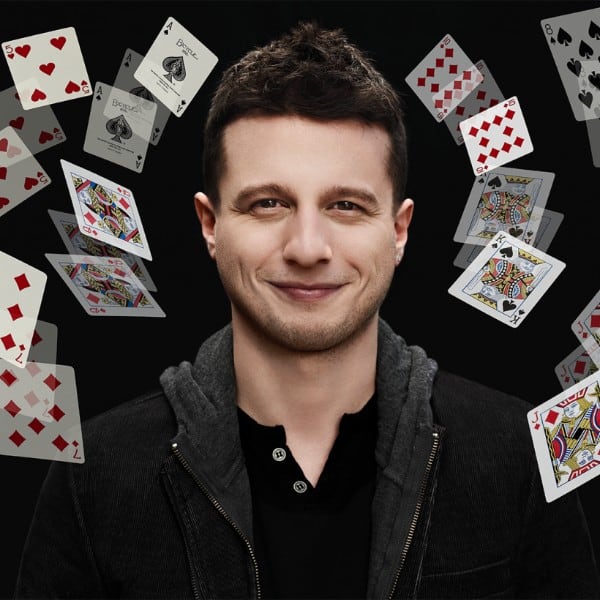 Magic is a special type of entertainment people love because it adds a sense of mystery to what they just saw. When you see something you cannot explain (a magic act), you will ache for more because your brain will be fascinated by the unknown and inexplicable.

America’s Got Talent (AGT) is a popular talent show, known for showcasing one of the best artists and performers from all over the country.

Magicians represent the type of performers who leave people wondering about the performance they’ve just seen. This kind of entertainer is perfect for any event where you want to surprise your guests.

Top magicians can play with our minds, which will make you talk for days in a row about their performance, trying to find a legit explanation for how they did their magic.

If you are wondering which. America’s Got Talent magic acts are more likely to fool anyone, then keep reading the article to discover some of the best entertainers in the world.

Here are top America’s Got Talent magicians we recommend for your upcoming events.

Jon Dorenbos is one of the top magicians from America’s Got Talent who worked as a magician in parallel with his main career as an American football long snapper.

He was also a performer on America’s Got Talent, and he managed to be a finalist in season 11, finishing in third place.

Jon got into magic when he only 12 years old and it was his way of coping with the things he was going through at the moment. All of his magic tricks relate to his life story, which makes them even more powerful and mind-blowing.

You have to see for yourself one of these amazing card magic tricks.  Jon is also one of the most sought after Keynote Speakers in the world. His presentation, LIFE IS MAGIC, is truly one-of-a-kind. Weaving his inspirational story with world-class magic, his energy is explosive and his passion for life contagious.

Mat’s experience with magic goes all the way into his childhood when he first saw amazing magicians perform on television. This quickly hooked him. Since that moment, Mat made it a priority to learn and master magic.

He first started as an amateur magician, during his high-school days, and it quickly became apparent that Mat could make so much more out of it rather than a simple hobby.

In 2014, he entered NBC’s America’s Got Talent competition, where he showcased his skills in front of millions of viewers.

Soon after competing against many other talented performers, Mat became the America’s Got Talent Magic Act in history to win 1st place on the show including the $1 million prize.  He now headlines his own Las Vegas Show at the LINQ Hotel & Casino. The show is titled “Mat Franco: Magic Reinvented Nightly”. The show was named “Best Magic Show in Las Vegas” by the Las Vegas Review-Journal.

Thanks to his deep passion for magic, Mat managed to develop a style of his own that blends comedy with magic and allows him to deliver an interactive show that feels fresh and spontaneous.

John van der Put performs as Piff the Magic Dragon. Piff has a very dry sense of humor that remains corporate-friendly from start to finish. He makes reference to his more famous brother whom he names as Bob. Hailing from the UK, he now resides in Las Vegas with his magic performing Chihuahua, who is affectionately named Mr. Piffles. Piff has appeared on America’s Got Talent and Penn & Teller: Fool us.

Blake Vogt made it to the semifinals of AGT season 11. He is one of the most respected magicians in the world.

Here are some highlights of his career:

Blake’s magic style would best be described as fun and goofy. No matter the trick he tries to pull off, his goal is to make his audience smile.

He can do all sorts of tricks, but the only trick this magician cannot do is pulling a rabbit out of his hat because, sadly, he is allergic to them.

You can watch the video below his performance on AGT to see how he fools the audiences with his magic acts.

Rick Smith Jr. was a magician act from season 5 of America’s Got Talent. He took his passion and talent for magic and transformed it into a full-time job.

His trademark is represented by card throwing, which has brought Rick three Guinness World Records for throwing a playing card the furthest, the highest and most accurately.

Aside from performing on AGT, Rick’s charming wit and pleasant personality have brought him on The Tonight Show and The Ellen DeGeneres Show.

His original magic acts and stunning card throwing tricks allow Rick to create memorable performances at any event he is performing.

You can see in the video below some of his card throwing tricks in action.

His performance has been called “Miraculous” and “Incredible”.  Armed with sleight-of-hand, Eric dazzles his audiences with his digital dexterity.  He uses these tools to deceive, entertain and astonish his audiences with his mind-blowing illusions.  Ordinary, everyday items become objects of fancy as Eric delicately handles them.  Coins multiply, cards fly, and audiences stunned.

His magic is edgy, cool and smart, which is the perfect combination if you are looking for quality event entertainment.

If you want to see how he managed to blow Heidi Klum’s mind, watch the video below.

Adam Trent is one of the star performers of The Illusionists, which has become the best-selling magic show in Broadway history. The show made $2.1 million in one week, followed by a smash-hit US and world tour.

Adam inaugurated the first two Broadway shows on the US tour and appeared in most of the national and local press.

Then, he also had quite a few TV appearances on Good Morning America, Ellen, America’s Got Talent, Disney Channel, ABC, VH1, Rachel Ray, Travel Channel, SyFy, and many others.

Adam’s performance is a mind-blowing combination of magic, concert and stand-up comedy. He promises his fast-paced approach can engage an audience, even if they feel neutral about magic shows.

Here’s just a sneak peek of what he can do.

Whenever you hear stories about amazing magicians, you always expect top hats and the usual hocus-pocus which is usually associated with them. However, nobody expects to see magic tricks done with a Rubik’s cube, of all things.

Well, that’s Steven’s routine, in a nutshell! During his unique performances, he entertains audiences with his amazing skills of manipulating Rubik’s cube. Steven gained international fame thanks to a YouTube video showing him solve a cube in 20 seconds.

The icing on the cake was when Steven solved the cube again in just 1 second – while holding it behind his back. 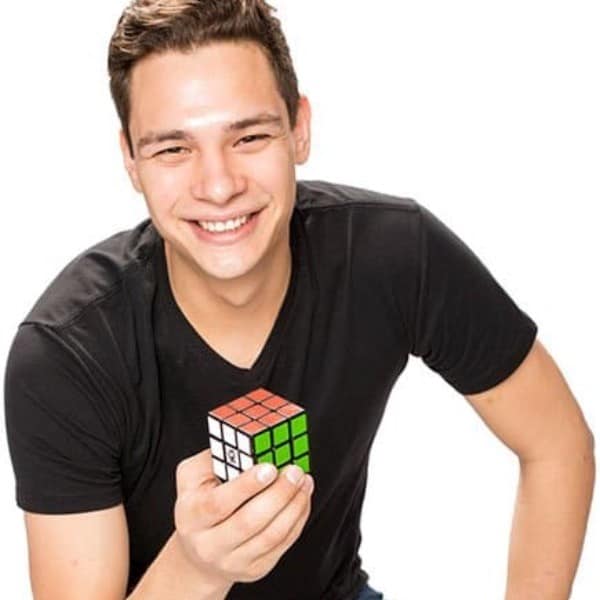 Following his viral performance, Steven went on to make an appearance on America’s Got Talen and Penn and Teller, where he won the judges with his close-up performances involving a mixture of cards and Rubik’s cube tricks.

Since then, Steven has continued to make a name for himself in the industry by performing shows at corporate events and private parties.

If you decide to book Steven for an event, the attendees will love his unique brand of magic, which includes a bit of humor, the wow factor and loads of awesome tricks for everyone to enjoy.

Dana Daniels has been a corporate magician for several years. He appears with his sidekick, Luigi, the psychic parrot. His routine is recognized as one of the best magic comedy acts today. Dana has appeared on Masters of Illusion, Stand Up Live and Evening at the Improv to name a few. He and Luigi have also won several prestigious awards including the Jimmy Durante Comedy award and Comedy Magician of the Year.

Which America’s Got Talent Magic Acts Have Caught Your Attention?

As you were able to see, these magic performers we have presented have their signature tricks which are meant to wow audiences and delight them every second of the show.

Every one of these magicians has their way of performing, a signature act if you will.

However, the one thing they have in common is the fact they will make your audience love them and be mind-blown by their act.

If you are looking for something different for your next event, then why not hire a magician? Your audience will surely appreciate either of these they are acts.