The Best Magician from Each Season of ‘Penn & Teller: Fool Us’ 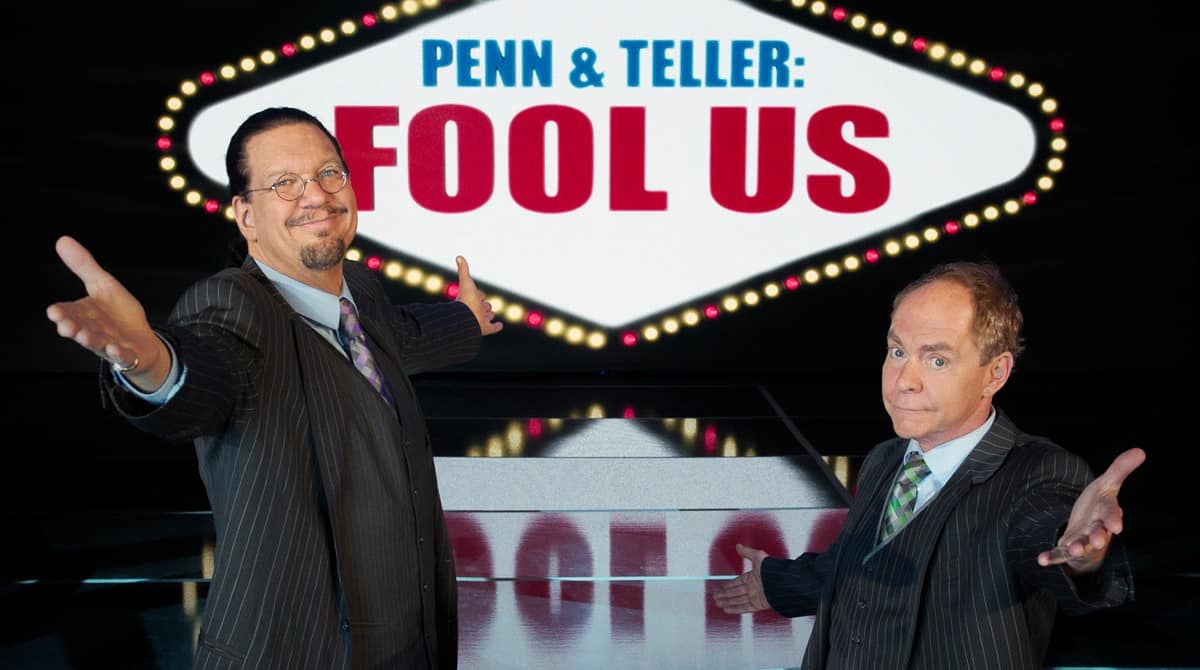 Penn & Teller: Fool Us is a very successful television show which is entirely dedicated to magic. The show tasked guest magicians to perform a magic trick so that Penn and Teller wouldn’t figure out how it was made.

Throughout its 6 season run, the show had featured some of the most incredible magicians in the industry, and in this following article, we will talk about who we think was the best magician from each of the show’s seasons.

Benjamin Earl is a magician, a sleight of hand specialist, and most of all, he is British. However, there’s more to his name than just titles, and he has the skills to prove it.

He was one of the first magicians from the show who managed to fool Penn and Teller. The skill he showcased involved him shuffling an entire deck of cards and then fishing out all the aces from it, using only his left hand.

Benjamin Earl On Penn And Teller Fool Us 2011 ITV1

John Lovick, also known as “Handsome Jack,” is a magician who loves to trick audiences with a set of unique magic tricks. He is most known for his “Torn and Restored Handbill,” where he takes a dollar bill, rips it in front of everyone, and then proceeds to restore it.

He had the chance to showcase this trick to audiences from all over the world when he participated on Penn and Teller: Fool Us. Everyone was perplexed by his act, and even Penn and Teller admitted they’d been fooled by it.

Shawn is a magician and a comedian who hails from Canada and is part of a family of magicians, to which he jokingly says that he’s “the fourth generation without a proper job.”

While he was on stage on Penn and Teller, he had the chance to showcase an incredible trick that had him pick a card from a deck, all while Penn was holding it tightly gripped between his palms.

Jo is a magician and mind reader from Belgium. Alongside his assistant Curry, they perform all sorts of elaborate acts of mentalism. Before we go on, it’s important to mention Curry is, in fact, a chicken.

Can Jo be considered the best magician from the show? Well, you should know he is merely a showman. It’s Curry who deserves all the credit. During his act on Penn and Teller, he set up the stage for Curry to guess what Alyson’s lifelong dream was.

Everyone was baffled by how a chicken could guess what Alyson was thinking about, and it prompted Penn to ask if Jo had any involvement in this. However, Jo said he didn’t interfere at all – he is the owner of a magical chicken.

In this case, the Sentimentalists is a duo composed of magicians Steffi Kay and Mysterion the Mind Reader. They both have a gimmick going on within their group. Steffi acts as the more relatable figure, while Mysterion has a “bad guy” persona.

During their moment on Penn and Teller, they had members of the audience draw an image on a small sheet of paper, from which Mysterion had to choose one without Steffi knowing.

Steffi would then draw something on a different sheet of paper. It would later be revealed that Steffi had drawn the same symbol which was on the paper Mysterion had picked – all without ever coming into contact.

Season 6 had one particular trick that was one step above the rest. It’s Rabby Yang’s amazing Rubik’s cube trick, which was the absolute highlight of the entire season.

The trick had Alyson try to shuffle a Rubik’s cube as much as she deemed fit. Without knowing the combination of colors Alyson chose, Rabby had to recreate one of the faces of the cube.

And he did it, leaving both the hosts and audience members in disbelief.

The Best Magician You Can Hire

The main takeaway from this entire article is that magic is impressive, and it gets the audience excited.

If you would like to have the opportunity to feature a top magician on stage, then don’t miss the chance to hire one for your next event. To do that, all you have to do is call us at (615) 283-0039, and we will help you with the arrangements!