6 of The Best Mentalist Acts That Are AGT-Approved 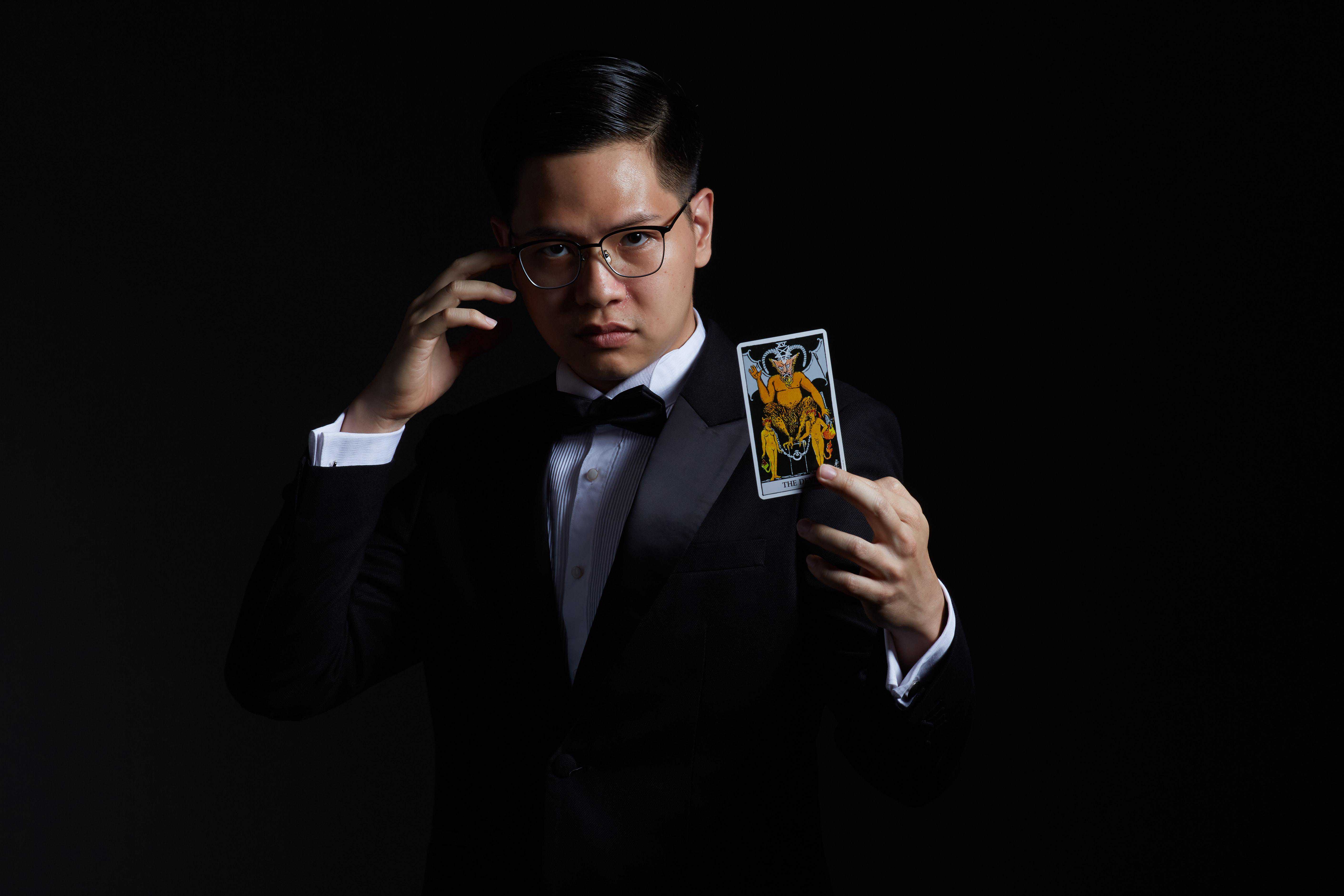 Mentalism is often regarded as a modern type of entertainment. However, in reality, much of what today’s amazing mentalists perform in their acts derive from the “tests” of supernatural power conducted by nineteen-century mediums and psychics.

Furthermore, the history of mentalism goes back even further, all the way to ancient Greek, with mentions of clairvoyance and oracles having been found in writings from that time.

So, mentalism has been around for centuries – yet it remains one of the most mysterious and most enticing types of performances nowadays.

One which can transform your event.

Amazing Mentalists Who Will Completely Stun Your Audience

The best mentalist acts are not just a bunch of cool tricks and illusions, but the result of intense refinement.

Illusions are pretty easy to figure out if they are not executed to perfection, so when you are looking for a mentalist to ensure the entertainment at your event, you most likely want their execution to be the finest.

However, in the crowded mentalists’ world, there’s something else that’s starting to matter more and more.

So that is the ‘show’ factor.

So, we figured we gave you a helping hand and bring to your attention six mentalists who managed to excel at entertaining loads of people at America’s Got Talent. After all, that is the ultimate testimony of their ability to charm entire audiences and work the stage to the maximum.

If this is an idea you’re considering, then make sure to read this article and get to know three amazing mentalists you can book.

He may be known under the name of Colin Cloud (or Colin McLeod), but his reputation recommends him as the next Sherlock Holmes. Intriguing introduction? Then let’s find out more about his background and talents.

First off, the fact he got accepted for a Forensic Science degree at the age of 15 is already a telling indicator of his unusual mind. His passion and interest in criminal investigation contributed a great deal to him developing a reputation as a ‘modern-day Sherlock.’

However, did these talents translate well onto the America’s Got Talent stage? Let’s take a look.

Coming from full house shows at the Edinburgh Comedy Festival or the Edinburgh International Festival, Colin managed to convince all judges with his mind-reading tricks.

During the judges’ cuts, he managed to up his game with outstanding mind reading acts wherein he guessed audience and judges intentions and thoughts. Advancing all through the semifinals, he kept this recipe for extraordinary mind reading but also used the AGT Twitter account as a starting point.

In this clip, you will see how masterfully he adds a comedic element to make his act even more well-rounded:

Lioz Shem Tov is not your typical mentalist. Unlike the majority of mentalism acts out there, Lioz’s shows incorporate something unexpected: visual and verbal comedy, topped off with non-sense humor.

It’s the juxtaposition of comedy and the usual tension of a mentalism act which makes Lioz’s shows stand out from the rest.

Add to that a hearty dose of magic, hilarious facial expressions and an unexpected selection of props, and you have a winning recipe of entertainment which keeps guests glued to their seats.

Curious to see how Lioz’s innovative approach to mentalism comes to life on stage? Then watch the video below of Lioz auditioning for America’s Got Talent, season 13.

If you’re looking for a world-class entertainer who will leave your guests open-mouthed, then look no further than Oz Pearlman.

For the past decade now, Oz has been dazzling audiences with his outstanding sleight of hand and mind reading ability. And he has no plans of slowing down.

The Mentalist has just recently captivated millions of people from all over the world with his mind-blowing achievements as a finalist on America’s Got Talent.

Thousands of performances and over 50 TV appearances have shaped him into the charismatic, skilled and always-surprising entertainer he is today.

Watch the video below to see Oz Pearlman in action and get a better sense of the extraordinary things he does on stage to create an interactive experience which stuns the audience.

Eric Dittelman is both a top comedian and a talented mind-reading mentalist.

Whether he’s performing in front of celebrity judges at America’s Got Talent or for corporate audiences throughout the country, this multi-faceted entertainer always leaves people asking themselves one question: How did he do that?

During his shows, everyone watching is tuned in, everyone is amazed, and their minds are blown.

This astonishing ability Eric has to captivate the audience and keep them engaged is what makes him one of the most popular entertainers today.

Take a look at the video below, and you’ll see why we’ve decided to include him in this list of amazing mentalists.

In the realm of the unbelievable, we can place Eric Jones’s sleight-of-hand and close-up magic.

This is what the judges on America’s Got Talent season 12 though as well since they voted him through to the semifinals.

Eric’s close-up act brings a fresh vibe to the stage and manages to develop real shockers. The most impressive one might be the one he performed during the judges’ choice when he made a card appear right from beneath Simon Cowell’s buzzer button.

Way back in season 2 of America’s Got Talent, Kevin James was the one who set the standard for the best mentalists to follow.

It is because of his creative genius in inventing tricks which quite stray away from the tried and tested recipe.

His brand of illusionism is a fusion of comedy and magic which make mentalist acts look fresh and flawless.

The Best Mentalist Acts Have Wowed Millions. Are Your Guests Next?

Tons of charisma, infectious on-stage energy and the talent to draw people in.

Can we assume these are qualities most event planners have in mind when envisioning the perfect entertainer?

All of the artists we’ve included in this article are top entertainers and leading mentalists, so the fact they are in high-demand shouldn’t come as too big of a surprise.

We’re always happy to bring the best entertainment at your events.