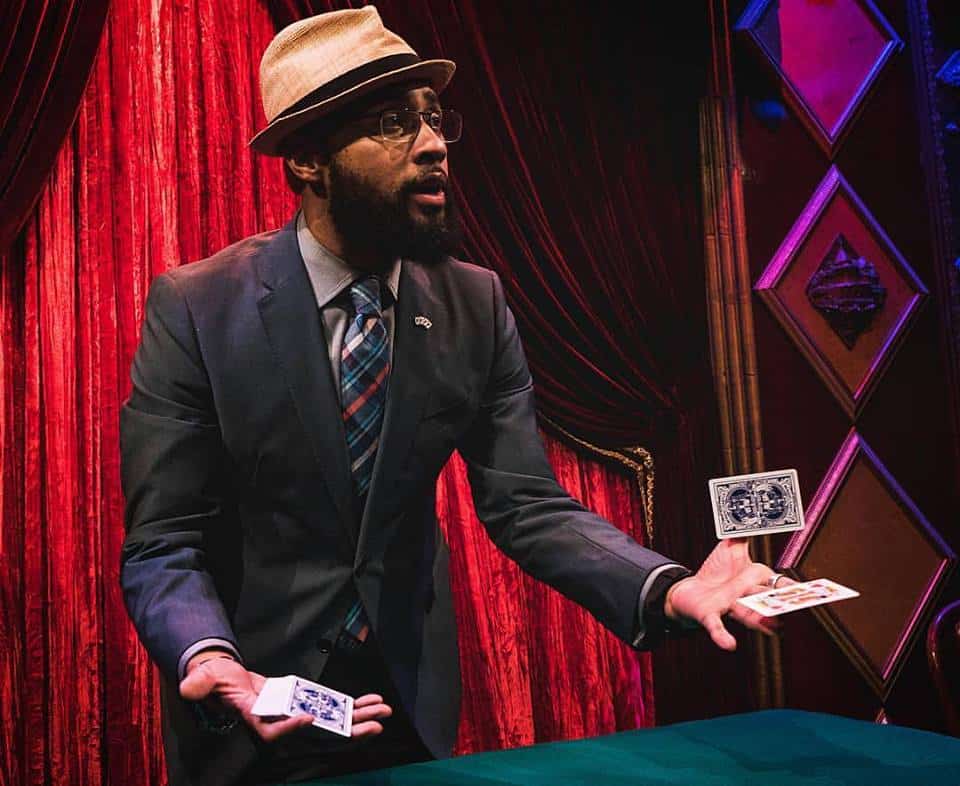 Entertaining acts are for an event what oxygen is for a cell – namely, vital catalyzers.

If you don’t have them, you can’t ‘breathe’ in the extremely competitive environment of corporate events.

You have to keep people looking forward to what your events offer and do this by building a reputation of delivering only engaging experiences.

And for that, you need the best entertainment out there. That’s why the process of finding one is often a time-consuming stage for an event planner’s schedule.

The right entertainment can take your corporate event from good to great by creating an engaging, interactive, and fun experience for your guests – the kind which sticks out in their minds.

Choosing high-quality entertainment is one way of ensuring your event will be a success, which is why you should make it an event planning priority.

Entertainers Which Will Keep Guests Glued to Their Seats

Do you have an event coming up and want to book an act which will leave a lasting impression on your guests? Planning a corporate or non-profit function can be a difficult task. Finding the right talent to entertain your attendees can be a challenge. Should you include a musical act? A comedian? A magician? Alternatively, should you opt for something entirely different?  There are some fantastic entertainers out there who will ensure event attendees will remember the occasion for a long time ahead.

To help you out, we listed thirteen highly-entertaining acts which will instantly add more value to any event

Internationally known as “The Kings,” they are an Indian dance group whose acts are an incredible mix of hip hop, fabulous stunts, storytelling, and theatrics. The kind of energy they bring on stage is like nothing you’ve ever seen before!

They are also the first Indian group to win a medal at the famous World Hip Hop Dance Championship which takes place in San Diego, California.

Check out the video below to watch their downright spectacular performance on NBC’s World of Dance World Final. Their routine was an action movie which unfolded live on stage.

Ryan Niemiller is a stand-up comedian who can make any event better.   His highly- entertaining acts which cover topics such as dating, employment, and living in a world that wasn’t entirely designed for him.

Having been born with a congenital disorder, the self-proclaimed “Cripple Threat of Comedy” can tackle these topics from a unique perspective, which makes people laugh and think.

Audiences love him for his quick wit, perfectly-timed jokes, and his charming authenticity.

Watch his hilarious act on America’s Got Talent season 14where he talked about what is dating like when you have a disability.

You may remember The Lab as the junior dance team who stunned everyone with their amazing performances on The World of Dance competition in 2018.

The self-described “underdogs” dazzled the audiences with their high-energy routines, complete with clean, sharp moves and theatrical expressions. However, there’s more to them than that.

In addition to their incredible talent and polished dance moves, The Lab also has a powerful story to tell, as the majority of the kids in the crew come from broken homes. Their success bears testament to the power of passion, commitment, and teamwork.

In the video below, you can watch The Lab perform a tribute to Jenifer Lopez on the World of Dance World Finals (2019).

Greg Morton is known for his spot-on impressions from the world’s most famous movies. Greg captivates audiences by perfectly recreating the voice and mannerisms of characters guests can instantly recognize.

As a comedian, he got to perfect his craft by sharing the stage with other notable comedians and actors such as Dave Chappelle and Chris Rock!

You may also recognize him from his numerous appearances on shows such as Premium Blend on Comedy Central or Comics Unleashed.

He’s also appeared on America’s Got Talent where he dazzled the judges with his comic impressions of different characters.

Please take a look at his performance in the quarterfinals of the competition below.

AMAZING Voice Impressions From Your Favorite Movies By Greg Morton! - America's Got Talent 2019

Have you ever heard about the ‘Second Sight’ kind of performances? They feature a couple who is able to read each other’s mind using their unusually high mental connection.

Jeff and Tessa Evason are two people possessing this rare ability, so they packaged it in an entertainment act called The Evasons and are showcasing it around the world.

What makes this performance one of the most engaging acts your guests are likely to witness is the way it challenges notions about reality and the human mind.

Watching them is like stepping into another dimension of reality – something your guests will find intriguing and memorable. While Tessa is in charge of showcasing unbelievable psychic abilities, Jeff rounds the act up with engaging stage presence. The result is something like this:

As a contestant on America’s Got Talent, stand-up comedian Jackie Fabulous endeared the judges, audience, as well as viewers at home with her bubbly personality and entertaining acts.

To build her material, Jackie draws great inspirations from her own life experiences, which enables her to create highly-relatable jokes everyone loves.

Watch one of her high-energy, hilarious sets from the show in the video below.

Her ability to make any audience laugh is undeniable, but Jackie is more than just a funny lady.

In addition to being a headline comedian, she is also an inspiring motivational speaker and author.

Her signature talks at corporate events and conferences leave audiences feeling encouraged, uplifted, and inspired to overcome the inevitable challenges of life and work.

This is another highlight on our list of engaging acts.

He may be known for his recent run to America’s Got Talent Season 12 semifinals, but he’s also proven himself on other occasions like:

The main ingredient of his very in-demand acts is the challenging sleight-of-hand tricks presented with loads of poise and charm. Here’s a clip for you to get an idea:

You may know Michael Paul as the talented ventriloquist from Season 14 of America’s Got Talent. His technical craftsmanship and clever script made a lasting impression on the judges and the viewers at home.

Michael Paul is no stranger to the entertainment world. Throughout his 25-year comedy career, Michael worked with James Brown, Joan Rivers, and Don Rickles, honing his craft and making a name as a top headliner in over 40 countries.

In addition to being a master puppeteer, Michael is also an experienced voice actor and skilled voice impressionist.

He’s one of the most versatile performers out there and an obvious choice for events which aim to entertain. That’s because when Michael is on stage, the people sitting in the audience are laughing out loud.

Watch Michael’s audition act on America’s Got Talent to see him in action.

Michael Paul And His Hilarious Bird Of Prey Earn A YES! - America's Got Talent 2019

An Austria-based acrobatics and dance show group, Zurcaroh have more than a decade of experience performing on stage. What’s more, they are also one of the most diverse groups out there, with 48 acrobats whose age range from 7 to 40 years old.

Magical is perhaps one of the best words to describe their performances, as every one of their entertaining acts creates an unforgettable experience through:

If you want to watch Zurcaroh in action and get a better sense of what they can do, make sure to check out the video below:

Junior New System is an internationally-acclaimed all-male hip-hop dance group. They started performing together back in 2009 when most of the members were still in their teen years.

Since then, they have consistently increased their abilities, and in 2016,  the group was received the much-coveted Senior Grand Champion Performer of the World title in the prestigious World Championships of Performing Arts in California, USA.

The group also competed on America’s Got Talent, season 13. For their audition, the dancers did jaw-dropping flips high up in the air and performed in six-inch heels, stunning the judges.

Take a look; this is one of those dance acts which are hard to forget.

Jugglers usually deliver instantly entertaining acts because people’s eyes are glued to the movement of the objects being juggled with. There are a lot of visual stimuli to perceive.

But when a juggler adds even more stimuli, the effect is 100% undivided attention to the performer. Ivan Pecel is this kind of juggler because he is able to include humor and challenging props.

Plus, he’s a master of involving the audience, which makes his performance, even more, arresting (if that’s possible). Click on the Play button below and have a taste of what Ivan can deliver:

Since their beginnings in 2009, the Academy of Villains dance company has pushed the envelope with their extraordinary concepts and ideas. They are best-know for:

Their spectacular shows feature compelling storytelling, intense choreography, acrobatics, and theatrics – all meant to take audiences on a journey like nothing they’ve never experienced before.

If you’re curious to see how all of these elements come together on stage and learn more about the group, check out the video below:

Think shadow dancing. Now think of many bodies engaging in intricate formations, contorting their bodies to look like suitcase, chairs, and other inanimate objects. Think ingenuity, creativity, and spunk. Now you are thinking of Catapult Entertainment. This creative expression group revolutionizes the way that dance and shadows are thought of using strength and motion not normally seen in front of a live audience.

And the best way to really acknowledge the importance of a well thought of entertainment segment at your event is trying to picture an event without this part. 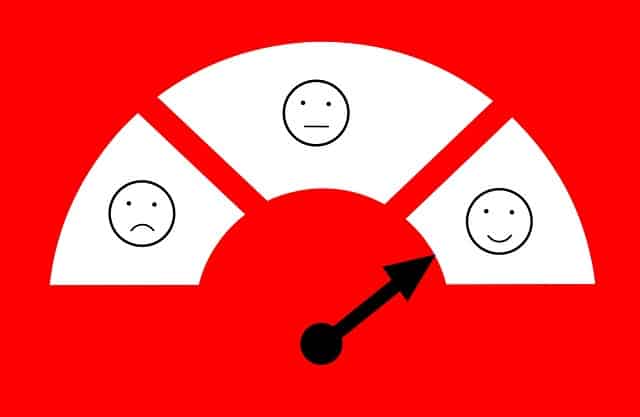 Only then are people able to understand how much entertainment actually matters.

The right entertainment is not always easy to come by, but luckily, that is something we can help you with.

But you don’t really want to gamble with the outcome of your events, so we’re here to assist you with the best and most entertaining acts across the USA.  Add that wow factor and make sure your next event will be one to remember by booking the best entertainment out there.

There are over 1,400 keynote speakers, artists, and comedians featured in our portfolio.  So, if you’re looking for best in class entertainment for your next event, make sure to start browsing now.