Who Are Some Of The Best Magicians That Fooled Penn and Teller? 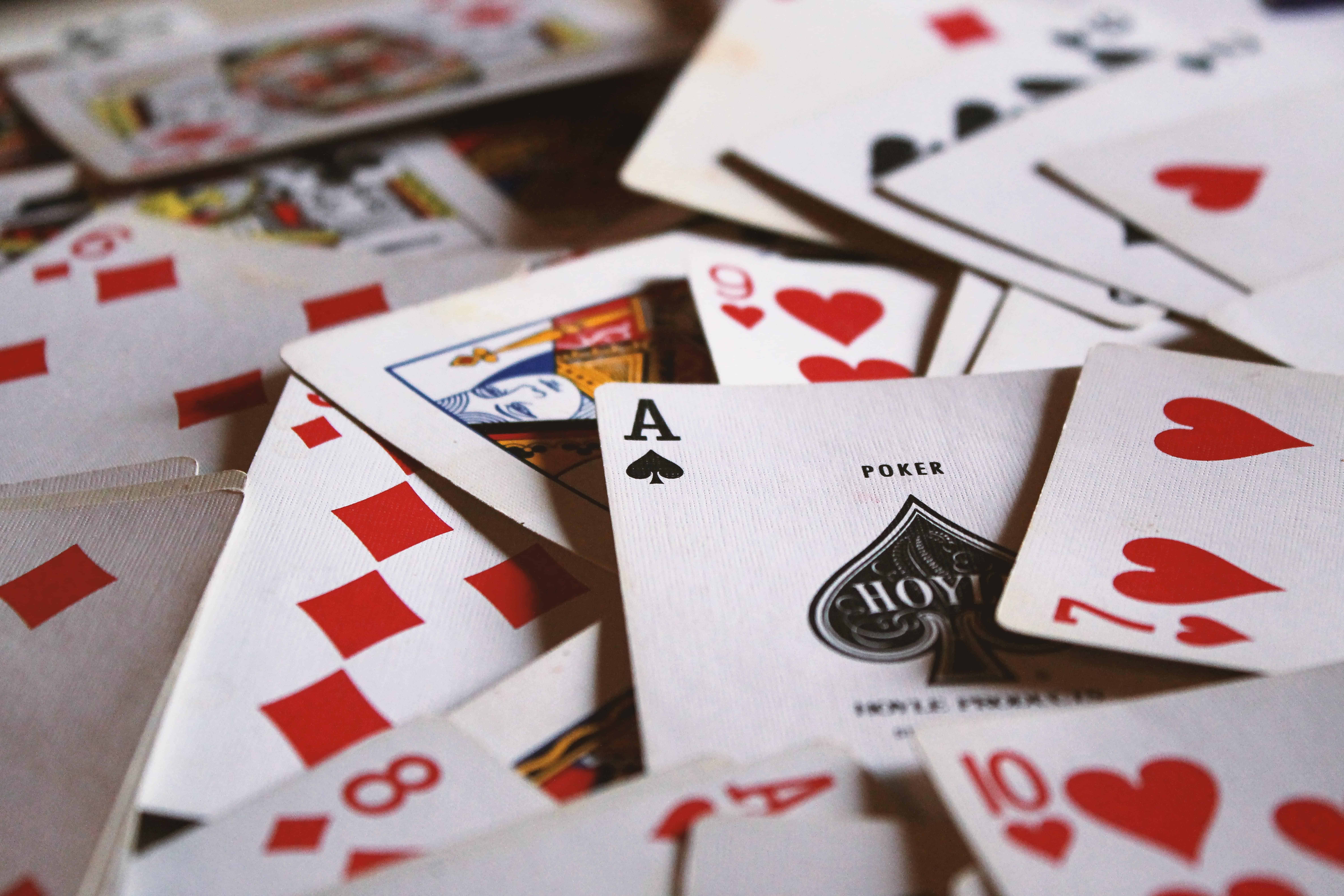 We believe that almost everyone enjoys a good magic trick. The immense popularity of talent competitions echoes this opinion or stage shows that heavily feature performances of magic.

Take, for example, Penn and Teller: Fool Us – one of the most popular reality shows in American entertainment is entirely dedicated to magic.

Penn and Teller are two of the most highly-praised and most experienced illusionist in the United States.

They don’t fall for amateur magic tricks. It takes a truly exceptional and surprising performance to impress the legendary duo.

It takes incredible talent, experience, flawless delivery, and an original take on magic to create a trick Penn and Teller are unable to figure out.

Not just any kind of magic, some of the best magicians in the world showcase their skills on the show, trying to fool Penn and Teller.  Fool Us is the proving grounds for all magicians who want to showcase their abilities.

It is the show which separates the professionals from the amateurs because Penn and Teller have established magicians themselves – and they can see through the tricks performed by others.

There have been many outstanding magic acts on the show. So while many fizzled,  some magicians in the show’s history managed to outsmart the wit of Penn and Teller. It’s not easy, but the top magicians we’ve included in this article have managed to pull it off. Keep reading to learn more about them.

The Best Magicians that have Fooled Penn and Teller

Stuart MacDonald prides himself in the fact that he tricked Penn and Teller. Also, for good reasons, as he has been one of the most memorable magicians from the show’s history.

During his segment, he put on a trick which had him show objects into a mirror and then pulling out whatever was reflected in it.

Stuart has a distinctive style of presentation, as he tends to make all sorts of expressions or use gestures to guide the audience’s attention.

The reason why he does this is that he never speaks during his performances, he does not narrate them, not saying a single word. He keeps silent, as he wants the audience to follow the trick’s story, without having it served on a platter.

Penn & Teller totally fooled by Mirror Illusion. "I'm not at all embarrassed by this fool!" Winner

The best magicians are frequently the ones who manage to exceed people’s expectations. By profession, Emily Victoria is a psychologist. Her immense fascination with magic has pushed her to follow this path as well.

The result? An incredible mentalism act in which Emily can guess what her guest is thinking about.

Quite funnily, Emily doesn’t believe in magic. Instead, she uses a slew of psychological techniques to perform her tricks. She can read what her guest is thinking through their facial expression or behavior.

When she fooled Penn and Teller, Emily had Alyson as her guest and the objective was to guess which song would Alyson pick from a playlist. Emily then studied Alyson’s gestures and had her answer a few questions, such as what color does she prefer or if she is an inside or an outside type of person.

By the end, she had Alyson count down from 10, and Emily wrote down her answer on a sheet of paper. She first said that the artist was Michael Jackson and then turned the sheet of paper to reveal that the song was “Beat It.”

Some of the best magicians that fooled Penn and Teller have only done magic as a hobby. Etienne Pradier, however, is a professional. In fact, at the time he participated in the show, he was already doing magic for 15 years.

As a magician, besides knowing cool tricks, he is also an established showman. He brings a fighting spirit on stage, being very entertaining and energetic throughout his entire performance.

The act that he performed on the show revolved around him having to perform all sorts of mind-boggling tricks with the cards chosen by Penn and Teller.

The audience was baffled by his trickery. Penn and Teller agreed on this sentiment, as they had to concede that they couldn’t explain it. However, they loved both the tricks and Etienne’s very charismatic stage persona.

Richard Turner is a veteran of the magic industry. He is an expert in performing mind-boggling close-up card tricks and is a class act altogether.

Richard has been doing magic since the ’80s and is still going strong after all these years, managing to be awarded not once, but twice as the Close-Up Magician of the Year, in 2014 and 2017.

He has had many memorable TV appearances throughout his career, but perhaps one of the most known ones was from Penn & Teller: Fool Us.

During the show, he fooled Penn and Teller with a simple, yet useful card trick that left the hosts stunned.

Kostya Kimlat is a magician who has toured the entire world, showcasing his elaborate and sophisticated magic to all kinds of audiences. 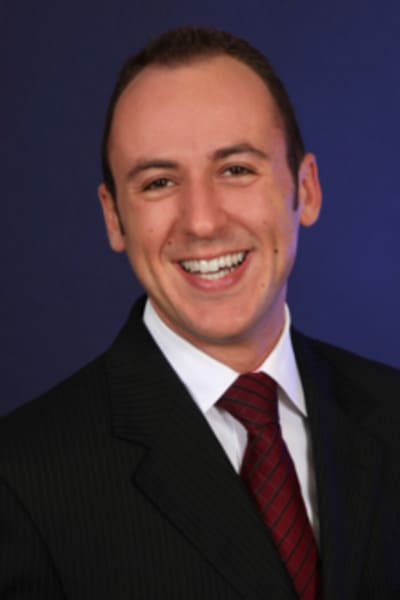 He has performed for many Fortune 500 companies, has gone on to Oprah’s LIVE Tour and has even hosted a show for the Presidential Inaugural Ball in Washington D.C.

As a magician, one of his greatest achievements was having Penn, and Teller concedes his trickery has fooled them. During their show, his card trick proved to be one of the most outstanding magic acts that they’ve ever seen!

Eric Mead is a top magician who can take the audiences on tour through the fantastic. With this trickster on-stage, you can never be too sure of what sort of maneuver he is going to pull next.

He is also an established comedian, being adept at blending elements of humor into his spellbinding performances. With his carefully crafted fusion of magic and comedy, Eric creates a memorable experience for all viewers.

One of his most memorable moments was when he performed an incredible sleight of hand trick for Penn and Teller. By the end of the performance, they were speechless!

Wayne Hoffman is an award-winning magician and the most appreciated mentalists in the industry. He is adept at taking audiences on a trip through the unknown as he performs some of the most intricate mentalism acts.

As a performer, Wayne puts much effort into shows, being very energetic and charismatic throughout the entire act. He also takes his time to engage with the audience, drawing parallels between his magic tricks and life lessons.

He has made appearances on many talent shows, such as America’s Got Talent, The Today Show, NBC’s Phenomenon and many more. One of his most memorable performances was on Penn and Teller, where he managed to fool the hosts with an incredible mentalism trick!

Bring Top Magicians on Stage at Your Events

An American author, inventor, and entertainer, Rick Lax is known for his fresh take on magic and his appealing personality.

On Penn and Teller, Rick Lax performed an original card trick called Binary Code. Then, he wowed everyone by glancing at a packet of 21 cards and mixing them up before separating the reds and the blacks without ever looking at the cards.

The judges also appreciated the “nervous, nutty energy” and praised him for a well-executed act. The entire performance is captured in the video below. Take a look:

RICK LAX on FOOL US

A popular entertainer at social events and corporate functions, Handsome Jack, has captivated audiences in venues ranging from private parties to corporate gales and the world-famous Magic Castle in Hollywood.

Being one of the top magicians today, he even had the opportunity to perform for A-list celebrities, including Michael Jackson, Morgan Freeman, Nicolas Cage, and Angelina Jolie.

For his acts, Handsome Jack uses everyday objects, such as playing cards, pencils, or even a piece of paper to seemingly bend the known laws of the physical universe.

On Penn and Teller, he managed to impress the two illusionists with his creative flair, unbelievable sleight of hand, and imaginative presentation.

Watch Handsome Jack fool the pair with a torn paper trick in the video below.

Wes Barker’s high-energy shows feature amazing magic tricks, crazy stunts, and crowd interaction – all drizzled with a hearty dose of comedy which accompanies his performances from start to finish.

Based in Canada, the young magician has performed all over the world, both live and on television.

His most recent TV appearances include Penn & Teller: Fool Us, America’s Got Talent, Wizard Wars, and MTV’s Greatest Party Stories Ever.

On Penn and Teller, he brought his trademark feel-good sense of humor and managed to fool the two with a rather elegant magic act, which included a phone book and a sword (that’s right, a sword!).

Watch it in the video below and see why we decided to include Wes among the top magicians to ever perform on the show.

Can a Magician FOOL Penn & Teller with SWORD + PHONE BOOKS?!

David Roth is widely regarded as one of the world’s greatest living coin magicians. It’s a title he earned, having perfected his craft and skills by continually developing new routines and adaptations of classical ones.

Another thing that makes him stand out as a magician is his very distinctive and intimate way of performing magic for his audiences.

David’s show is built from an innovative combination of extraordinary coin manipulation, off-beat humor, audience participation, and sleight-of-hand, which is presented not on stage, but directly before guests.

Curious to see how all these elements come alive on stage? Check out his performance from Penn and Teller: Fool Us in the video below.

Magic has always captivated and intrigued audiences from all over the world. So, if you’re looking for entertainment which can add tremendous excitement to your next event, then you should consider booking a magician.

If you like what you’ve read about these incredible magicians, then you wait until they’re on stage to perform. Penn and Teller may have been fooled, yet one thing is for sure – everyone had a wonderful time through the entire show.  If they’ve managed to fool Penn and Teller, then the audience will be blown away!

This is why we suggest you don’t miss the opportunity to have a magician perform on stage at your event.