How to Find the Perfect Magician for Your Event 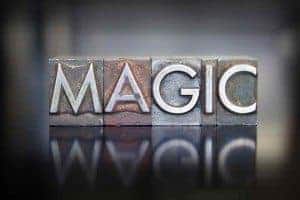 If you’ve decided to plan your next event, then you’re probably going through the stage of who to book for your entertainment. And of course in the digital age we live in now, you’ve been googling the options. Perhaps you should hire a singer? Maybe. What about an artist? Perhaps. But, do you know what would make for an outstanding crowd turn out? A magician! That’s right, one of the best types of entertainment you could ever book for your event is the perfect magician! Why? Because they can captivate the attention of the audience in a moment and continue to put on a show, all while accomplishing the seemingly impossible. 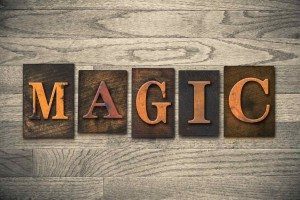 Are You Planning Your Next Event?

How do you find the seemingly impossible magician? We recommend them to you, of course! In this article, we can inform you of the best of the best magicians out there from America’s Got Talent. Whether it’s color changing cards, pure astonishment, modern magic, elaborate card tricks, or creative boundary-pushing, each of these perfect magicians has earned a stake in the world of magic with their unique spin on anything and everything magic. So if you’re looking for that sitting-on-the-edge-of-your-seat anticipation to keep your audience constantly engaged and involved, keep reading and discover the perfect magical entertainers for your next event!

Best Magicians from America’s Got Talent

OMG! Eric Chien Could Be The Best Magician On The Internet And AGT! - America's Got Talent 2019

If you’ve been keeping up with the magic industry lately, you probably know that Eric Chien has been making quite an impression on some of the largest and most important stages in the entertainment industry. After moving to American from Taiwan at the young age of four, Chien discovered his talent for magic at the age of sixteen as a way to make more friends. However, it was only after he appeared and won the 2018 Magic World Championships and  Asia’s Got Talent that he truly evolved into a confident magician after years of doubting himself, a feeling almost everyone can relate too. However, Chien’s fame didn’t just stop at Asia’s Got Talent, because the next step for him came when he stepped onto the stage at America’s Got Talent, earning himself a spot on season 14 of the show. Chien’s world-class talent of being able to change not only the colors on his magic cards but also his vest, as well as morphing cards into coins won him a spot in the Judge Cuts. Eric Chien’s story is one of the humble beginnings, relatable doubts, insecurities, and immeasurable success, making him a world champion magician to watch and be blown away by every performance. One thing is for certain; there is a reason Eric Chien is taking the magic world by storm.

Nicholas Wallace is charming, sweet, and innocent. However, words like that don’t sound like they describe the perfect magician, do they? Well, what if they do? What if the whole world of magic is on the edge of their seat gasping in delight as the seemingly charming magician takes the stage and elicit gasps of astonishment from the crowd before them? This display depicts the average day to day show performed by Nicholas Wallace. Appearing on Penn and Teller: Fool Us, FOXtv’s Houdini and Doyle’s World of Wonders, and America’s Got Talent: Season 14, as well as gaining many more notable titles, it is no secret that Nicholas Wallace is building a name for himself in an increasingly competitive industry. With his manipulation of the mind and ensnaring of the senses, Wallace makes it clear that he is on stage for one reason and one reason only…to astonish everyone. From his possessed doll to his haunted rocking chair, it becomes oddly apparent to everyone in the audience quite early that this man is the perfect magician to hire if you want to be spooked and intrigued at the same time. As Wallace delves deeper into his act, everyone in the audience seems to fall into his luring spiral of magic and curiosity made him one of the most popular and perfect magicians out there.

Have you ever wished you could pull a beer out of thin air or even…your shoe? Well, Dom Chambers has and was even able to find a way to accomplish it! He did it by…are you ready for it…magic! That’s right, Australian magician Dom Chambers has mastered the art of beer conjuring, which is quite a feat. With his award-winning talent and stage presence, Chambers has managed to accomplish so much success in the magic business in so little time! As his unique modern magic videos have gained over 20 million views on the internet and counting, he’s made appearances on every single one of Australia’s major TV networks, competed on the international Penn and Teller: Fool Us! Series, and has gained the title of “Best Magic Show” for his show RanDom, Chambers has stayed the same witty and clever magician he started as. His quirky and unique way of putting on a traditional magic show, yet still managing to blend modern day elements into it has earned him a title in the world of magic. If you’re looking to be blown right out of your seat at a show, Dom Chambers is the perfect magician you have got to check out.

Mastering the art of magic is no easy feat, especially the art of sleight of hand magic. That’s right, no strings, no sorcery, just complete sleight of hand and a wondrously choreographed performance every time. But who is the one performing this daring and thrilling feat? None other than the wildly talented and masterful magician Shin Lim. He’s an artist in the field of magic and has performed his multiple mind-boggling feats on some of the grandest and most world-renowned stages in entertainment history. In 2015 Shin Lim was named the FISM Champion of close up magic, earning the recognition of countless people from the world of magic. Just a few years later, he went on to become the winner of NBC’s wildly famous and popular show America’s Got Talent in season 13 and continued to break down the barriers of talent by appearing again on America’s Got Talent Champions. His hard work of years of practice did not go unrewarded as he continued to progress to the final round of the show and ended up winning the title of “Best Talent in the World.” With all of his success early on in his career, it’s a safe bet to say that Shin Lim will continue progressing to become what could be known as the perfect magician in the sleight of hand category.

Deciding to become a self-taught anything is no joke. Becoming a self-taught magician is an even harder feat to accomplish. But becoming a self-taught magician that goes on to become the first winner of NBC’s America’s Got Talent? Now that’s some impossible magic right there accomplished by only the most talented magicians in the magic business. However, by the looks of it, Mat Franco will never stop surprising and shocking the whole magic community. From his humble beginnings as a ten year old kid from Rhode Island putting on his own magic shows for his family to becoming a thirty year old professional magician performing on some of the world’s largest stages, one thing is for certain, Mat Franco has made leaps and bounds in the magic industry and doesn’t plan on stopping. He’s made real live butterflies appear out of a folded up dollar bill, mastered unique and modern card tricks, created magic out of ramen noodles, and so much more. With his captivating and fascinating tricks, there’s no doubt that he’s the best magician to keep everyone in the audience on their feet guessing…including you.

The Perfect Magician Does Exist!

So, whether or not you are a believer in magic, destiny, or fate, one thing is for certain, every magician that ever steps onstage will always have their own unique and interesting take on the art of traditional magic. Whether it’s Eric Chien’s color changing cards, Nicholas Wallace’s creepy yet fascinating rocking chair, Dom Chambers’ modern magic beer act, Shin Lim’s captivating sleight of hand, or Mat Franco’s butterfly effect, there is no doubt that there are several versions of the perfect magician. In addition to this, each magician is a connoisseur of the magical arts with tricks and acts never before discovered by any other magician or entertainer ever. Every act you see, no matter which magician you chose to use for your next event, there is no doubt that every trick and treat you behold with your eyes is unique only to the one specific magician you see on stage before you. No matter where you go or which one is the best magician for you, you can rest assured that you will never have a bland show. So, as you embark on your journey to find just the right magician for just the right feel at your next unique event, just remember that good thing come in time, but great things come with unique magic acts.