Need to Wow Your Guests? Then Book One of These Top Magicians for 2020 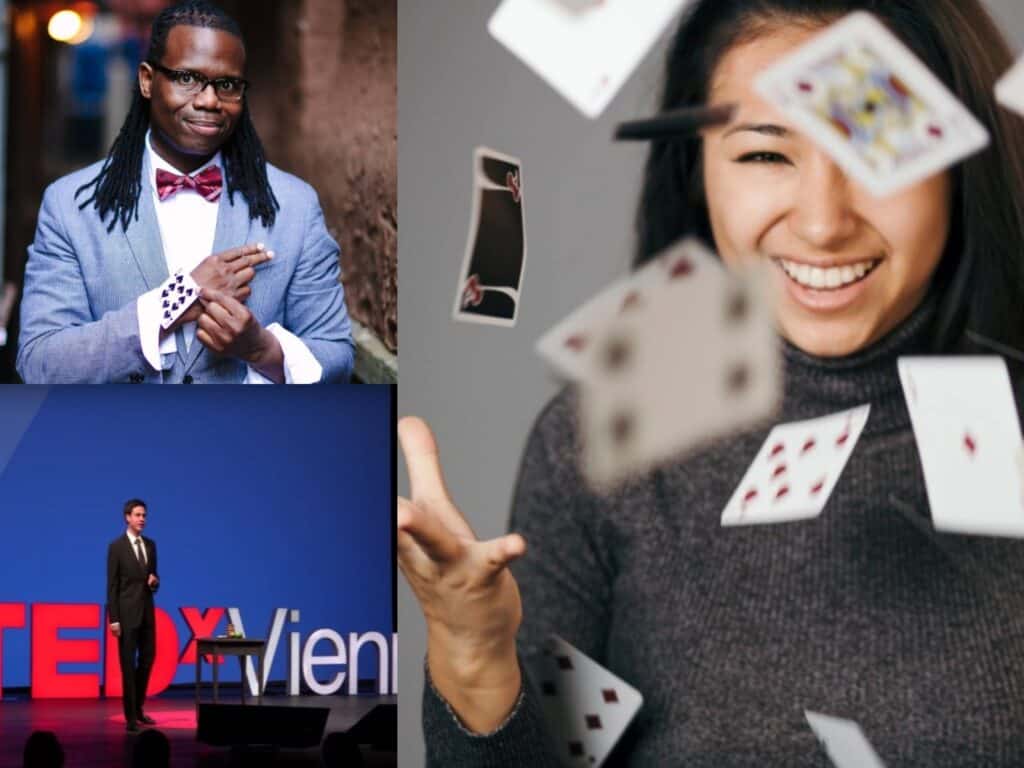 Do you have an event coming up and are looking for entertainment to support your goals of creating a memorable experience for guests? Then consider magic.

Magic shows can add an extraordinary charm to your event and uplift the energy and excitement levels of your guests, as the best magicians keep on interacting with the audience throughout their acts.

People have always been fascinated by things that seem to have no logical explanation. It’s one of the reasons we love magic and why it continues to be so popular among individuals of all ages.

Another reason is that today’s top magicians are incredibly skilled at making us believe the impossible is possible. Even if it’s just for a few minutes, they can make us experience that feeling of wonder we used to experience all the time as children.

So, if you want to book an exciting magic act which will keep guests on the edge of their seats for your next event, consider one of these six options who would be perfect for the job. 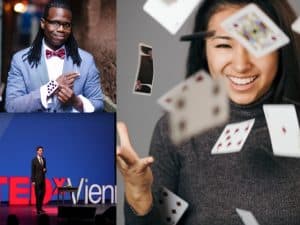 With more than 25.6k subscribers on YouTube and close to 100k followers on Instagram, Anna DeGuzman is taking the social media world by storm with her incredible card magic artistry.

She is considered to be one of the most influential social media magicians in the country.

The best way to get a sense of how captivating Ana’s skills are is to see her in action.

So, check out her performance on “Penn &Teller: Fool Us” captured in the video below.

Eric Jones uses a combination of sleight-of-hand and thoroughly-planned tricks to deliver the WOW factor in every single one of his performances.

Coins which multiply right in front of guests, cards which appear to fly on their own; Eric Jones’ spellbinding illusions seem to defy the laws of physics, leaving audiences completely stunned and eager for more.

You may remember Eric as one of the top magicians of America’s Got Talent, season 12, where he smashed the judges’ expectations with his unbelievable card and coin tricks.

However, if you’re not familiar with his incredible abilities as a magician, make sure to check out this video to get a telling sample of what he can do.

Different, thrilling, mystical: these three words successfully sum up Aaron’s brand of entertainment which has been delighting audiences from around the world.

The Belgian Mystician, Mentalist, and Artist is best known for his appearances on “Le Plus Grand Cabaret Du Monde,” as well as America’s Got Talent where he baffled the judges with his signature, danger-acts, and dark allure.

Dubbed “The Silent Mentalist” for his mysterious, silent stage persona, Aaron Crow takes audiences on an unprecedented journey into the world of the impossible – without speaking a single word on stage. 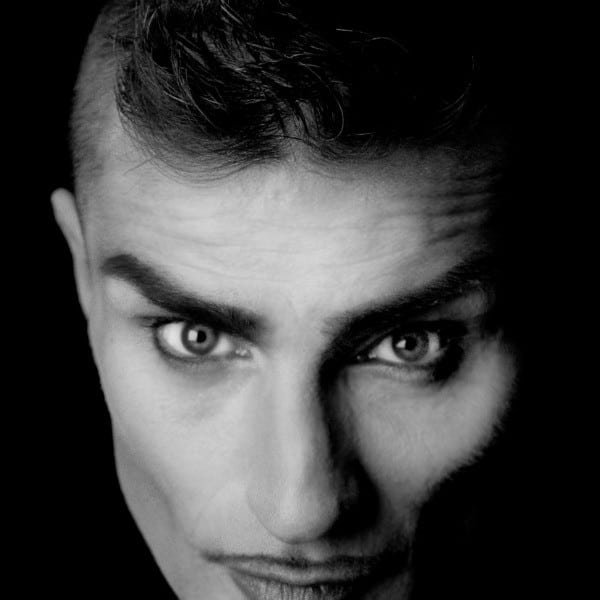 “How did he do that?” This is probably the most common reaction people have in response to Jon’s performances.

However, in addition to his mind-boggling magic, Jon – a former NFL Player and current motivational speaker – also brings his positive, spontaneous personality on stage as well.

Whether it’s through a hilarious commentary, a witty remark or a short life story meant to inspire, Jon puts much emphasis on engaging with his audience in a meaningful way.

This is one of the main ways he can build a genuine connection with guests and ensure there won’t be a single dull moment during his performances.

Curious to see Jon perform and interact with the audience? Then check out his inspiring routine for the finale of America’s Got Talent, season 11, captured below:

Ran’D Shine is a young magician who delivers engaging and interactive magic performances laced in with comedy and mind-reading.

Ran’D Shine understands people’s appeal for not knowing and not being able to explain how a magic trick is possible.

With his elaborate magic tricks and slick illusions, he entertains and provokes his audiences – captivating their imagination and transforming their perception of what’s real.

In addition to being one of the top magicians and a terrific entertainer, Ran prides himself on being a historian and an ‘educator of magic.’ During his career, he’s delivered educational presentations on campuses throughout the United States, as well as military bases in Japan, Guam, and Korea.

Eager to get to know Ran’D Shine even better? Then make sure to watch the video below:

With over a decade of performance experience as a magician, comedian, and speaker, Kyle Eschen is one of those top magicians; you can always count on to make your event more engaging.

Kyle was only 13 when he started performing. Since then, he showcased his talents on stage in Las Vegas, at Hollywood’s Magic Castle, and on television shows such as “Penn and Teller: Fool Us.”

Kyle Eschen also appeared on America’s Got Talent, season 12, where he impressed the judges and the audience with his trademark dry humor and unexpected magic tricks.

Watch his performance from the show in the video below:

Kyle Eschen on America's Got Talent 2017

All the magicians included in this article have the necessary experience, talent, and skill to make your event stand out and offer unforgettable moments of joy and excitement to your guests.

The pure entertainment value of magic is undeniable.

However, there is also something incredibly comforting in not having to find an explanation for everything that happens around us, which is why magic will never go out of style.

The good news is that today’s top magicians are appropriate for a wide array of events, from corporate celebrations to fundraisers and even personal, milestone events.

However, if you’re looking for more options, don’t worry! There are currently over 1,400 entertainers featured in our portfolio, including some of the best magicians in the industry today.