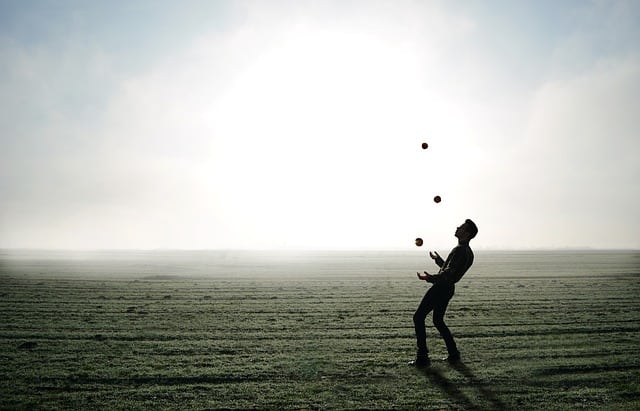 The ability of the human body to coordinate and create unique movements has never ceased to amaze and entertain.

And one of the finest and most masterful displays of this unique capacity can be observed during juggling acts.

Entire audiences are marveling at the way a juggler can control and direct the loops created by fast-moving objects. And when these virtuosos throw additional skills – like singing or humor – in the mix, you got one of the most complex variety acts out there.

In this article, you will meet three living proofs humans are a constant source of wonders.

We are opening our list of extraordinary juggling acts in great fashion, with a high-energy act which will get audience members from one gasp-worthy moment to another. And not only gasps, but also laughs. That is because Ivan Pecel infuses his performance with hilarious bits of content.

To build a complete profile to Ivan, we have to mention he is also a good actor – which rounds him up to what you would call a complete performer.

Once he hits the stage, he immediately arrests people’s attention and then puts all his energy into keeping it there.

He knows how to play with voice inflections, self-deprecatory content or hilarious stories from his past performances, as seen in the clip below:

Amazingly skilled keynote speaker and comedian on top of that? Ron Pearson is all of these and something extra: mad juggling abilities.

Moreover, if you think these three skills are hard to master simultaneously, Ron does his best to prove you otherwise.

Not surprisingly, Ron is extensively booked for:

Light-hearted, refreshing and effortless, Ron’s brand of comedy is just what people need to unwind in a quality manner.

And, as a nominee for The Corporate Comedian of the Year, he is sure to hold up to his reputation and deliver just what your team needs from a perfect company event.

Earlier in this article, we were talking about unique combinations of skill sets. However, how about unique concepts which are also outstanding juggling acts moving the art forward?

We are referring to The Passing Zone, two dynamic performers who came up with the idea of using juggling as a teambuilding opportunity. They exemplify teamwork principles by showing how teammates can put their trust in one another when performing high-risk juggling sets.

This is how they built a name for themselves in the highly competitive world of corporate entertainment.

It helps that they have been validated by America’s Got Talent audience, who voted them through to the runner-up spot.

Juggling Acts. And Beyond

Juggling performances demand a high degree of control to be mastered and thus make for one of the best picks if you need variety entertainment at your event.

And when you get the ‘hilarious’ or the ‘teambuilding’ factors on top of that, you can make sure your guests are in for an unforgettable time.

If this is what you are after when you are organizing an event, we are providing the most comprehensive list of high-profile acts.