Only a professional magician could say “If you can dream it, it can be done,” and sound convincing, right?

Someone like Murray Sawchuck, the Canadian-born illusionist who made a Ferrari appear out of nowhere. No joke. It happened during his America’s Got Talent audition.

From then on, Murray has grown to be one of the most renowned American magicians bringing a fresh new vibe to the industry.

Curious what’s all the hype about? Read through this article.

Murray Sawchuck – The Story of a Born Entertainer

America’s Got Talent propelled Murray to the mainstream scene. This is where he showcased his skill in splendid fashion, in front of millions of viewers on live television.

This is a particularly hard thing to achieve – only the best succeed in delivering such a performance, and we will tell you why.

What we see during an illusion number is the result of lots of years of hard work. Sure, it all seems easy when we look at it, but this is just the tip of the iceberg.

Murray Sawchuck knows this very well, given his experience. 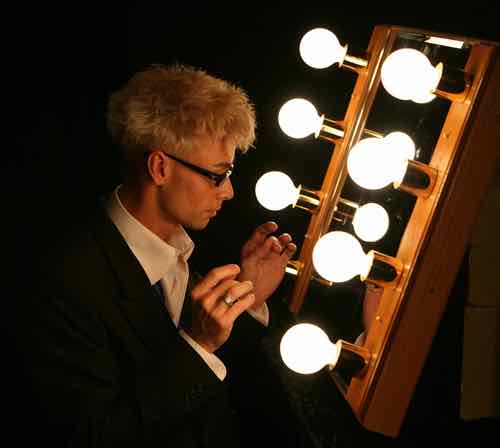 Born in British Columbia, Canada, he has been a multitalented spirit since infancy. He was only 5-years-old when he started playing the accordion, the keyboard and the saxophone –  early signs of his inclination towards performance arts.

What triggered Murray’s passion for magic and illusionism was a Siegfried and Roy magic kit he got from his parents.

Fast-forward several years later, and he now has 32 awards for his performances and the “World Campion” title under his belt. To count just a few distinctions:

He is considered an innovator in magic, as well as an empathetic individual and a crowd-pleaser.

Currently based in Los Angeles, Murray Sawchuck is appreciated worldwide, from Paris to China.

In Las Vegas, you will most likely find him at the Planet Hollywood Resort & Casino. Also, he can be seen in famous TV show Masters of Illusion.

However, what features made his performances reach America’s Got Talent semifinals? Here’s to name just a few:

Here’s how Murray describes his act:

“A blend of funny mishaps that happen throughout my show with the result being an incredible illusion.”

Murray’s distinctive trait is that he does not limit to magic tricks. What he enjoys the most is being a ‘personality’ and being recognized as more than a magician. He is also an actor and all-around performer as well.

It is one of the reasons his YouTube channel has become an online sensation, with several clips going viral. This particular piece hit almost 3 million viewers


Escaping From Cops Using Magic - How To Drink In Public
If you want a performer who is always adding new creative elements to his acts, Murray Sawchuck is someone you should consider. He is most serious about his craft – that is why he is managed to entertain various audiences around the world.

You can contact us and book him for your next event.