How to Be an Effective Corporate Event Emcee? (2020 edition)

If you think being a corporate event emcee is no different from a regular performance (or that any “funny guy” at work can do it), think again. Being an effective master of ceremonies requires a distinct skill set. Think about it…as the emcee, you set the tone for the entire event. You have to be able to cut or expand your planned material on the fly, often based on circumstances you have no control over, such as a last minute agenda change or technical problems. All in all, it’s a stressful role, and you have to pull it off with ease.

Who is the best corporate emcee?

Unfortunately, many people believe that anyone can emcee an corporate event – that the funny guy at the office can handle the role or that any entertainer can jump in and do it. Such a mindset does not give the role of emcee the respect it deserves. No wonder so many emcees do an average job at best.

When it comes to effectively emceeing an event, you need to do your homework. You can’t be so confident in your regular material that you blow off the emcee role as “easy” or “a cake walk.” Being an emcee really is a big deal, and you need to approach the role as such.

The following guidelines will help you emcee any event so you appear professional, confident, and in control of the agenda.

As the corporate emcee, one of your main roles is to introduce the speakers, entertainers , or other people who will be on stage. Therefore, contact the people you will be introducing ahead of time and learn at least three key things about them: 1) an accomplishment, such as an award or book, 2) a personal fact, such as where they live, and 3) something that appeals to the emotional side of the audience, such as mention of a family member or a personal anecdote. The idea is to get some personality behind the person so every introduction doesn’t sound the same.

Even though many people claim that they don’t care what you say for their intro, the truth is that everyone cares. So if someone says to you, “Oh, just say whatever. I’m easygoing,” do not take this for an answer. Dig deeper. Keep asking questions. Go to the person’s website and see what information you can find (although be aware that many people have outdated websites).

Additionally, meet the person you’re introducing before the event, even if it’s just 10 minutes before you go on. You can gauge a lot from someone just by meeting them. For example, if you meet the person and realize that he’s very straight-laced and does not joke around, you have a clear indication that it’s not okay to crack jokes during his intro. If possible, take a couple of minutes to tell the person what you plan on saying for his or her intro. Most people don’t like surprises, so this little investment of time can yield great dividends later.

You’ve seen “that guy” before. You know the one…he starts emceeing the event by coming out on stage and saying, “How’s everybody doing tonight? Boy…I just flew in from Chicago, and man are my arms tired!”

Whatever you do, don’t be “that guy.”

Think of all the common entertainment situations you will have to address as an corporate event emcee, such as people coming late and leaving early; announcements for intermission, lunch, and merchandise; explaining the rules of cell phone use, picture taking, and video recording; etc. Prepare clever ways to handle all the situations you need to address.

For example, if your specialty is magic, you can have a disappearing cell phone or threaten to make any late comers or early leavers become invisible forever. If you’re a guitar comic, you can write a silly song about turning off your cell phone and what the boss will do if you don’t. If you’re a ventriloquist you can have a dialog about the house rules with your puppet. Remember that you’re getting paid to emcee the event; therefore, the more you can tailor it to your specific audience, the better. At the end of the show, you will stand out as a polished emcee. The audience may not know why, but they will know you were different… and better!

You may have tons of material to draw upon, but if it’s not flexible, adaptable, and audience appropriate, you may be in trouble. As the emcee, you are responsible for the pace of the event, making sure everything runs smoothly and swiftly. That means being able to continue onstage if the extra time between acts is needed (technical issue, the previous program ran short, etc) and being able to wrap up immediately when the stage is set. If you don’t already have an assortment of 30-second gags or 2-minute bits to draw from, you need to take the time to prepare these now. Then you’ll be confident, relaxed, and ready when your event producer/director says, “I need two minutes here.”

Additionally, you want your material to appear customized for the event you’re emceeing, even if it is your “stock” corporate emcee material. Remember that the corporate market can sniff out fluff material. So if you do your cruise ship material during a corporate event, you’re going to bomb big time. Therefore, use the jargon and acronyms your audience uses. Name drop (the CEO, the VP of Sales, the receptionist, etc.). Mention experiences or industry trends. Make the audience know that you “get” them and are one of them. Show them that you put some work into this. You want people to think you did the show just for them.

Just like any role, the event emcee role has certain do’s and don’ts.

Go Forth and Host!

Being a corporate event emcee is a lot of fun…and a lot of work. But with some good old-fashioned preparation and healthy dose of creativity, you can be the emcee everyone remembers – and the one who gets hired again and again.

For additional information on Comedian, Entertainer and Master of Ceremonies Jeff Civillico contact Tim Grable at The Grable Group, 615 283 0039

Magic acts are highly versatile and come in many different flavors, making them suitable for various events. Whether planning a company holiday party, a gala, or a conference, a magic performance will complement your event and amaze your guests. Here are five...

END_OF_DOCUMENT_TOKEN_TO_BE_REPLACED 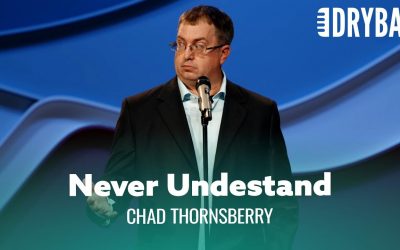 Many corporate event organizers want to create a fun and exciting program that their guests will enjoy and remember. However, having an event that will be the talk of the town is no easy task and requires you to go the extra mile. There is no need to worry; we have...

END_OF_DOCUMENT_TOKEN_TO_BE_REPLACED 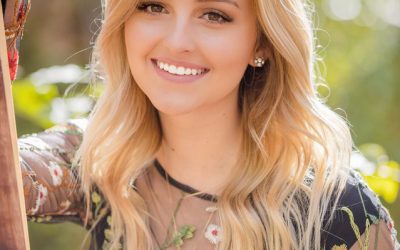 Many organizations have decided to keep the work from home model moving forward after the pandemic. Some have decided to try a hybrid model, allowing them to check-in at the office from time to time. However, regardless of the approach, it's clear that employees will...