Top Benefits of Hiring a Online Emcee for Your Virtual Event 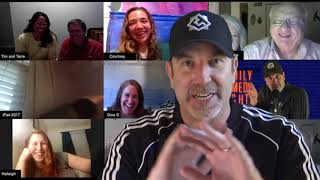 With virtual events becoming more and more commonplace, organizations are turning towards new ways in which they can entertain guests through an online medium.

Often, the biggest concerns with online events are that they aren’t engaging enough or that they don’t pack the same punch as an in-person event.

On the contrary, a virtual event can be quite engaging, and this can be achieved with the help of a professional – an emcee who can steer your event and maintain your audience entertained throughout the entire run.

To prove this point, we will highlight a few of the benefits a online emcee can bring to virtual events.

A Virtual Emcee Sets the Stage

An emcee’s work starts even before the event begins, as there are many preparations to be made before starting the broadcast.

Similarly to how rehearsals are done for in-person events, the emcee works with the technicians to see if everything is in order on a technical side.

The emcee then works with other guest performers who will be present throughout the event, making sure everything is in order on their part.

Before the event even begins, you can expect people to show up in chatrooms; the emcee can also take the time to do a pre-event instruction, briefing the audience about how the event is going to pan out and answering any questions they might have.

Jeff Civillico has extensive Television and On-Camera experience.  Jeff is already known in the corporate industry as a “Double Threat Emcee” with an equal skill level on-stage and on-camera.

With a online emcee at the helm, the entire event feels more like a connected experience or being a source of information for those who might have tuned in a bit later.

The emcee keeps everyone on the same page by offering the audience a foreword about any activity which might come up or announcing any guest performer who might take the mic.

This helps to seamlessly transition from one activity to another, without making it seem forced or without having to do any harsh cuts or broadcast interruptions.

It might not seem much, but not everyone from the audience will know the name of the performers.

And it will be beneficial if someone was there to do a brief introduction for every speaker, so there wouldn’t be any confusion.

Maintains a High Energy in the Audience

Naturally, virtual events aren’t as engaging as in-person events, as there will always be a disconnect between the viewer and the event since the viewer can only experience it through a computer screen.

Because of this, the viewer’s experience needs to be enhanced, and constant engagement is recommended to keep the audience invested.

The virtual event might go on for multiple hours, which some viewers might perceive as long-winded, and they would be tempted to put the broadcast on mute and let it sit idly in a different browser tab, or they might leave entirely.

The emcee is there to provide them with small entertaining bits that can keep the ball rolling.

Like for example, even something as insignificant as asking people where they’re tuning from may lead to a cascade of comments filling up the comment section. It’s energy like this that gives people extra reasons to stick around until the event’s end.

Most comedians can only entertain with a live audience. Marty Simpson can customize his material to guarantee that no two events are the same. He uses Improv Comedy to engage your group and make everyone have a great time in a virtual setting.

Don’t let your event go unmoderated. An experienced emcee can steer the event in the right direction at all times and can even make the experience more interesting.

Your virtual event can’t go wrong with a virtual emcee at the helm.

Many organizations have decided to keep the work from home model moving forward after the pandemic. Some have decided to try a hybrid model, allowing them to check-in at the office from time to time. However, regardless of the approach, it's clear that employees will...

END_OF_DOCUMENT_TOKEN_TO_BE_REPLACED 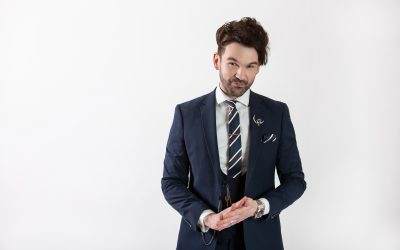 When employees feel valued for their work, they are more engaged, perform better at their tasks, and are more productive.  Therefore, investing in showing employees how much you appreciate them is a great business decision. Hosting a virtual employee appreciation...

END_OF_DOCUMENT_TOKEN_TO_BE_REPLACED 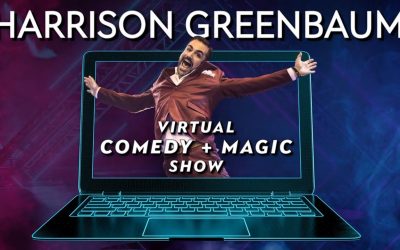 You might be tempted to think that there's an indistinguishable similarity between live and virtual events. At a first glance, you might be right. However, the difference in medium makes a world of difference between the two event types.  When organizing a virtual...