Talent Recap: Who Are America’s Got Talent Season 14 Finalists 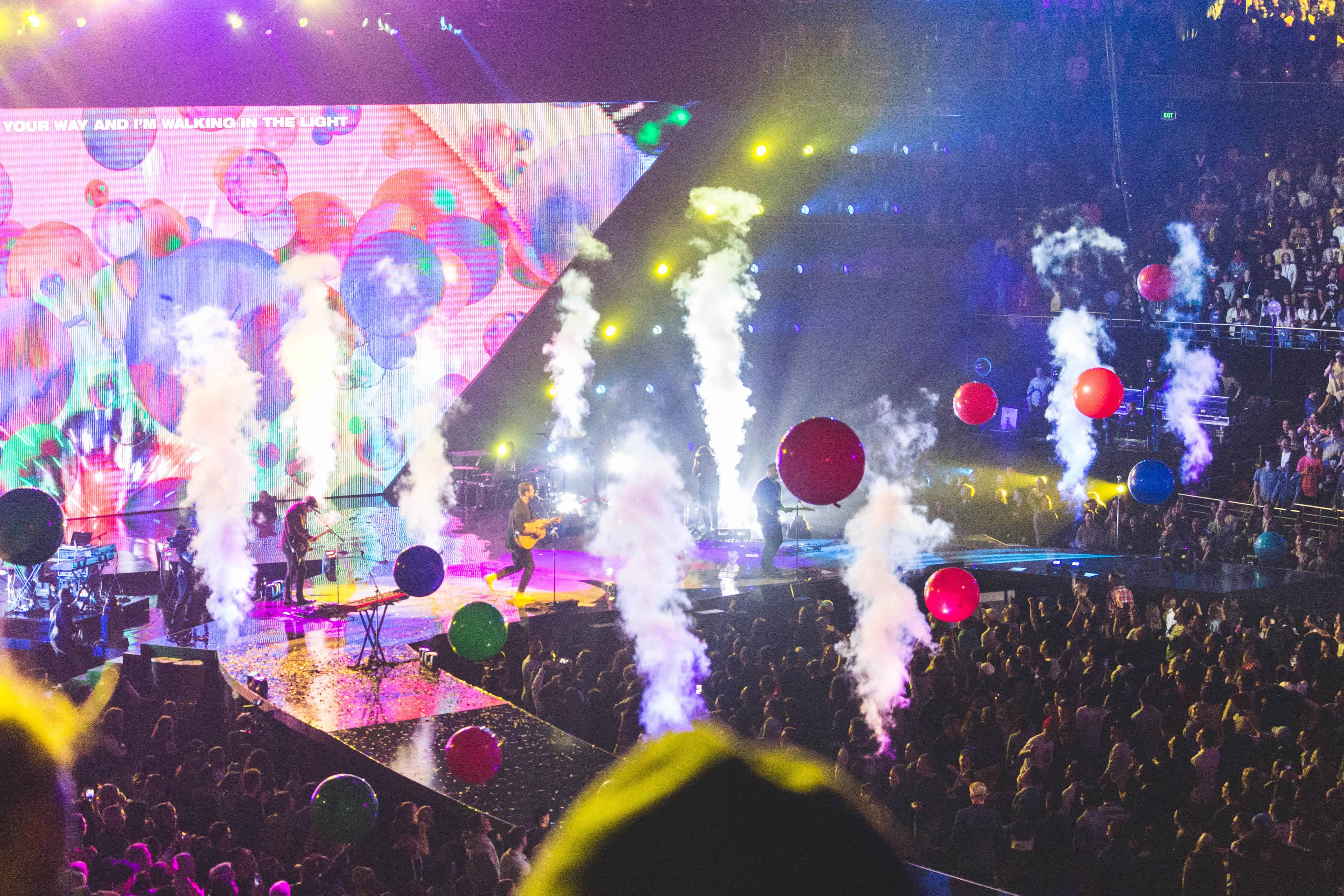 It all comes down to this.

After 16 weeks of exhilarating competition, “America’s Got Talent” is coming to an end, and now everyone knows the name of this year’s champion is Kodi Lee.

For their last chance to blow America away, America’s Got Talent season 14 finalists put out all the stops and showed everyone why they deserve a spot in the finale.

Keep reading to learn more about the top 10 best acts from the show and their performance in what judge Simon Cowell called “the best finale we’ve ever had.”

Benicio Bryant, the teenage singer/songwriter who has been a fan of AGT ever since he was a little boy, got to fulfill his dream of singing in the AGT finales.

For his last act, the insanely-talented young singer chose to perform an original song called “Six Strings (Because of You)” accompanied only by the sound of a guitar.

Many said this was a great call because it allowed his incredible voice to stand out even more.

In its bid to win season 14 of AGT, the Detroit Youth Choir delivered a bold, high-energy rendition of Macklemore & Ryan Lewis’ “Can’t Hold Us.”

The 52 members of the group, who range in age from 8 to 18, wowed the crowd with their enthusiasm and determination to “fight till it’s over” – as they sang on America’s Got Talent Finals.

Although it was a team effort, their act also featured a few solo acts, which gave several different students a chance to showcase their unique talent. Take a look:

Throughout the competition, Emanne Beasha stunned everyone with her powerful vocals and confident stage presence.

The young singer who turned 11-years old on the exact day when AGT announced its big winner said that “if I were to win that would be the best birthday present ever.”

After her magnificent rendition of “La Mamma Morta,” her dream of winning might as well come true.

Take a look at her final performance captured in the video below. Did you think she deserves to take home the $1 Million Prize?

Kodi Lee has been one of the judges’ favorites ever since his audition, and it’s safe to say he lived up to everyone’s expectations with his final touching performance.

The soulful singer who is blind and has autism delivered an awe-inspiring rendition of Freya Ridings’ “Lost Without You” – and there wasn’t a single dry eye in the room.

“I think Season 14 is the season of Kodi Lee and if I had to predict, you are going to walk away with a $1 million,” said Howie Mandel, while Simon Cowell called Kodi’s performance “one of the most beautiful things I’ve ever heard.”

Watch his emotional wining performance from America’s Got Talent season 14 in the video below.

Light Balance Kids is a Ukrainian dance group which consists of 13 extremely talented dancers between the ages of 11 and 14.

In the finals of AGT, 2019 edition, they performed a fun, glowing light-up dance act that showcased their creativity.

Set to Jason Derulo’s “Kiss the Sky” and DNCE’s “Cake by the Ocean,” their fun, whimsical routine matched their youthfulness perfectly.

Even judge Simon Cowell, who has not always been the most supportive of the group, called it their best performance in the competition. Check it out in the video below:

Voices of Service is a singing quartet made up of active-duty Army military members and veterans.

With their touching performances, the group aims to bring the healing power of music to soldiers and others who are suffering from post-traumatic stress disorder (PTSD).

On the finale of AGT, they did just that – prompting tears from judges Julianne Hough and Gabrielle Union, who called them “instruments of healing.”

Watch the quartet’s emotionally-charged rendition of Leona Lewis’ “Footprints in the Sand.” Chances are; you’ll be struggling to hold back your tears as well.

The only comedian to make it this far into America’s Got Talent season 14, Ryan Niemiller won the judges and the audience over with his authenticity and his one-of-a-kind sense of humor.

For his last chance to impress America, Ryan joked about everything from being a “cripple threat” and his disability (he was born with a congenital birth defect) to adjusting to life after fame.

Watch his hilarious performance in the video below.

The 11-year-old violinist dazzled everyone not only with his incredible skills as a musician but also with his strength to fight for his life.

Tyler managed to beat cancer after being diagnosed with leukemia at age four. So for his final performance on America’s Got Talent, he decided to pay tribute to all survivors with an emotional rendition of “Survivor” by Destiny’s Child.

Watch it in the video below.

The Indian group has consistently delivered some of the most breathtaking performances from season 14. However, what they did for the finale of the show took things to the next level.

Their final performance paid tribute to the group’s founder “Vikas” who tragically died in a rehearsal accident – and featured unforgettable flips, high-energy choreography, and spectacular stunts.

The judges were blown away. “It is the most exciting danger act on AGT. The V stands for victory,” said judge Howie Mandel.

Watch the group’s jaw-dropping performance in the video below. Do you think they’re unbeatable?

Ndlovu Youth Choir started as an after-school activity but slowly turned into an outstanding professional ensemble that offers hope and opportunity for children who come from disadvantaged communities.

On America’s Got Talent, the choir was praised for their talent, determination, self-discipline, and also for their positive way of looking at the world.

The group brought their infectious optimism and exuberance to the finals as well and ended the show with a vibrant, high-spirited performance.

Their spin on “Africa” by Toto had the audience dancing out of their seats. What a fabulous way to end an incredible finale! Take a look:

There’s no denying that all the acts featured in the finale of the show represent world-class entertainment, the kind that can delight any audience.

If that’s the kind of entertainment you want at your next event as well, then we can help!

There are over 1,400 amazing entertainers featured in our portfolio (including artists, comedians, magicians, musicians, dance groups, acrobats and keynote speakers). 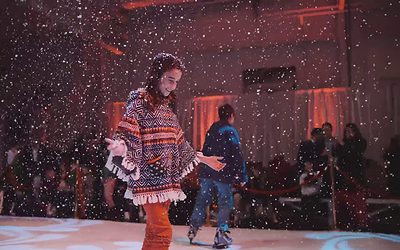 4 Ways To Prepare Your Events For This Upcoming Holiday Season

It’s that time of the year again! Time for the annual holiday party. And while it's early to get the Christmas decorations out, it's pretty soon to give a little thought to the things you can do to make this year's holiday events a magical experience for your guests....

END_OF_DOCUMENT_TOKEN_TO_BE_REPLACED 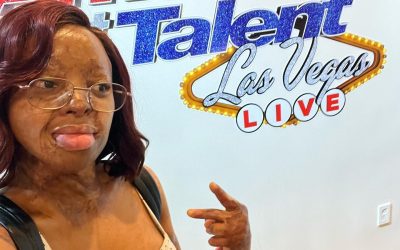 America's Got Talent has allowed many incredible singers to share their talent with the world and build successful careers in the entertainment industry. After impressing the judges and the audience in the famous talent competition, many of these talented AGT singers...

END_OF_DOCUMENT_TOKEN_TO_BE_REPLACED 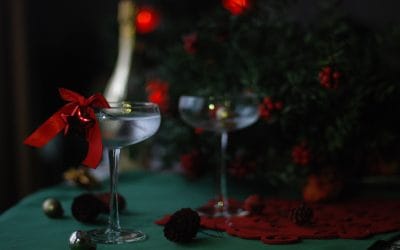 Movies often portray Christmas parties as lavish ballrooms, as if ripped out from fairytales. While this may be a fictional interpretation, it doesn't mean that the real ones must be dull. In fact, with the right idea and proper execution, your party can rival those...